The Elusive Queen of Sheba – Who was she Really?

She has to be one of the most elusive Bible characters of all: who really was the Queen of Sheba? Where exactly was her kingdom? And where was she born some three millennia ago (if she was a real person at all)?

According to Scriptures, the Queen of Sheba, whose real name remains disputed, voyages to Jerusalem to conduct a meeting with the wise King Solomon.

Her arrival is overseen by a plenitude of servants. She also carries large quantities of gemstones, gold, and spices to the Israeli kingdom. She comes to Jerusalem in part for Solomon, whose wisdom and fame have left no stone unturned.

According to a 14th century Ethiopian tome, the Kebra Nagast (the Glory of Kings), the Queen of Sheba was an ancient Ethiopian queen by the name of Makeda. She lived in the city of Aksum, the UNESCO-protected ruins of which can nowadays be seen close to Ethiopia’s northern border. 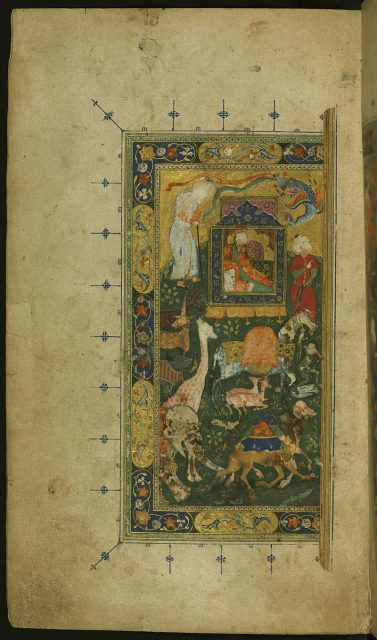 Makeda would spend several months in Jerusalem, and before her departure home, Solomon invited her to sleep in the same part of his castle where his sleeping quarters were.

However, both of them gave terms for such a sleeping arrangement. From Makeda’s side: that Solomon would not approach to have intercourse with her. From Solomon’s side: that the visiting queen would not take anything that belongs to him in the dormitories. 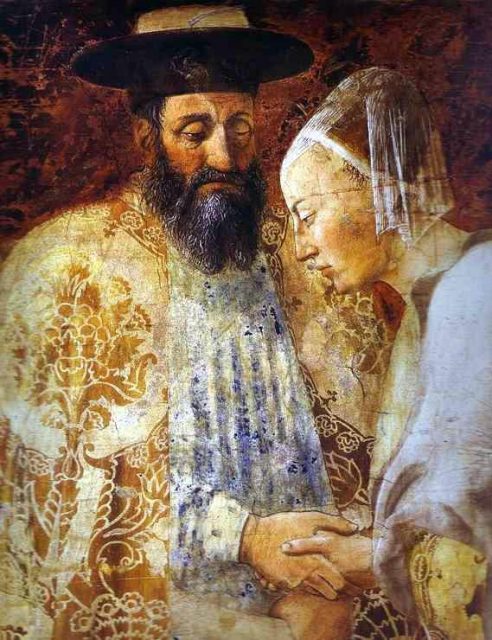 King Solomon and the Queen of Sheba, from The History of the True Cross by Piero della Francesca

These terms were broken, however. For dinner, Solomon asked his servants to prepare a dish that was very salty and spicy. And alongside Makeda’s bed water was placed for the evening, for when she wakes up thirsty from the dinner. When the queen indeed woke up and drank water from the bowl during the night, Solomon entered her chamber and indicated that his water has been taken. The product of the evening would be a male offspring.

As Ethiopian tradition tells us, the child of Sheba and Solomon was Emperor Menelik I, the founder of the Solomonid dynasty that concluded with the end of Emperor Haile Selassie’s infamous reign during the mid-1970s. 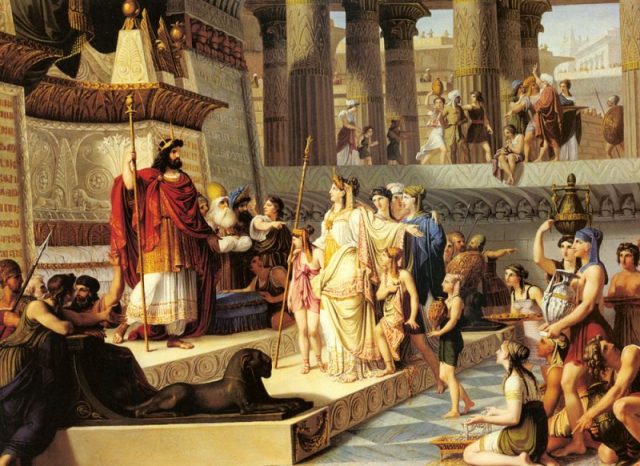 Menelik, who also traveled to Jerusalem to see his father, is credited for obtaining the Ark of the Covenant and bringing it to Ethiopia, either as an endowment or as a theft. To this date, many Ethiopians consider that the biblical artifact can be found inside the Chapel of the Tablet that is next to the Church of Maryam Tsion in Aksum. Replicas of the Ark can be found at other churches in the country, too.

The Kebra Nagast remains one of the most authentic and significant texts to the Ethiopian Orthodox Church. The text indeed names the alluring queen and pins down her lands as those belonging to ancient Ethiopia. Despite that, a great many contemporary scholars are confident that the Queen of Sheba was, in fact, a monarch of Yemeni provenance. That is just across the Red Sea on the Arabian peninsula, and also brings us to the Quran interpretation of the story. 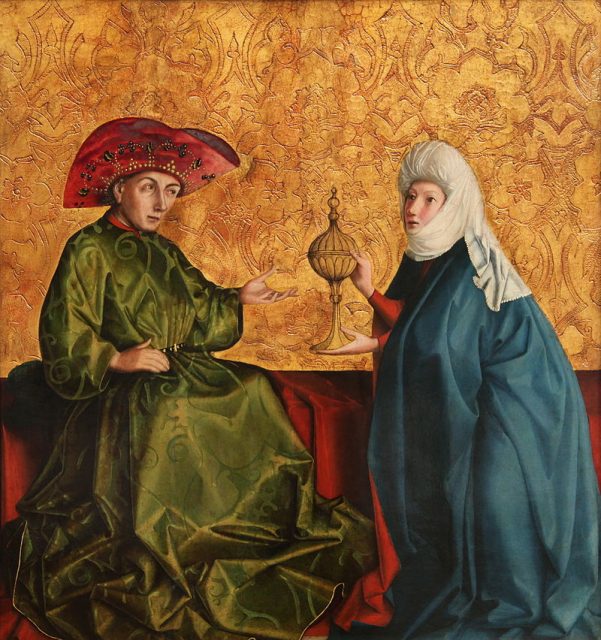 Solomon and the Queen of Sheba, Konrad Witz

An important aspect of why the Queen of Sheba would have come from Yemen is her name. About the time King Solomon reigned, which is circa 970 to 931 BC, the ancient Ethiopian and Yemeni territories fell under the dominion of one dynasty — its seat likely found in Yemen. This ancient kingdom was called Saba and many historians interpret Saba as Sheba. The Quran names the kingdom’s queen Bilqīs.

As the Quran account of events goes, Bilqīs and her people revered a sun deity, and it was due to this that King Solomon invited the queen to come to Jerusalem and potentially accept a new faith. Bilqīs initially perceived such an invitation as ominous, that perhaps the king from Jerusalem wanted to annex her own kingdom. Uncertain of the answer, she embarked on the journey to meet with Solomon. Bilqīs was quickly impressed by the foreign king and she no longer saw him as a threat. In fact, she would go on and adopt his religion. 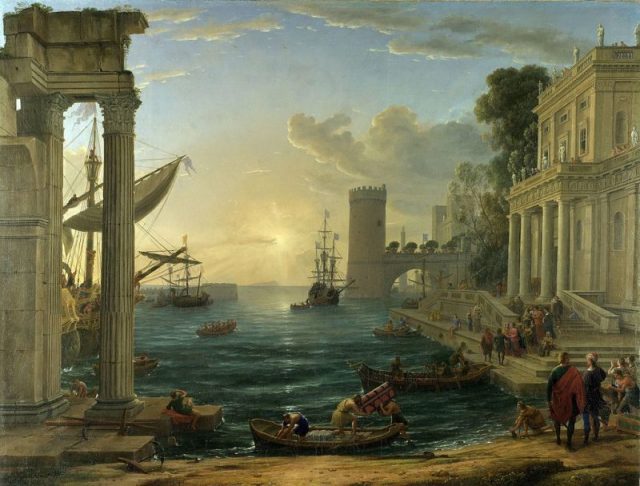 The Embarkation of the Queen of Sheba, Claude Lorrain (1600‒1682), oil on canvas

In this variant of the story, the two biblical characters never became intimate, plus, oddly enough, Bilqīs had the feet of a goat because her own mother ate a goat before giving birth. While it is likely that the Queen of Sheba, whoever she really was, may have reigned over both Ethiopia and Yemen, it is quite unlikely that she was born in both places. 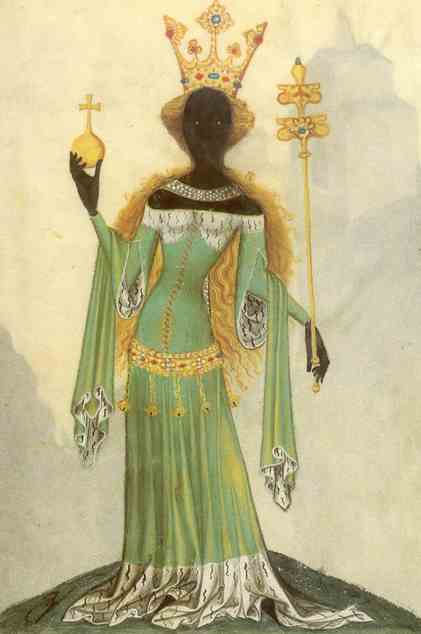 The Queen of Sheba, from a 15th-century manuscript now at Staats- und Universitätsbibliothek Göttingen

Given the incredibly strong relationship both countries have had throughout history, perhaps it was the two different traditions that helped lose trace of some of the basic facts here. National Geographic travel writer Stanley Steward beautifully notes that: “The Queen of Sheba is the Greta Garbo of antiquity.

The Queen of Sheba’s visit to Solomon, Tintoretto (around 1555)

A glamorous, mysterious figure immortalized in the Bible and the Quran, celebrated in an oratorio by Handel, an opera by Charles Gounod, a ballet by Ottorino Respighi, and depicted in paintings by Raphael, Tintoretto, and Claude Lorrain, she remains tantalizingly elusive to the inquiries of historians.”

Read another story from us: Exhibition Celebrates the Contribution of Women for International Women’s Day

The Queen of Sheba’s popularity has indeed grown beyond her assumed regions of provenance. Perhaps one day archaeologists will stumble upon new evidence, either on the African or the Asian side of Red Sea, to support either of the two prevalent theories. Or perhaps we will never know for sure to whom this mysterious biblical queen belonged.

« A Huge Asteroid or Ancient Volcano – What Really Wiped Out the Dinosaurs?
Jules Verne’s Amazingly Accurate Literary Prophecies About the Modern World »