Georges Méliès was one of the pioneering figures of film, who is often credited as the man who single-handedly invented special effects on film. Sadly, his amazing talent is relatively unknown today. Though Martin Scorcese did try with his movie Hugo.

Having started his career as an illusionist and a magician, Méliès became intrigued by the newly-invented cinematograph made by the Lumière brothers early on and started utilizing his knowledge of illusionism to create vibrant new worlds and tickle the imagination of an entire generation of future filmmakers.

The French pioneer of cinema authored some of the most recognizable classics of the silent era, at the very beginning of the 20th century. Among his most notable work is the iconic A Trip to the Moon, made in 1902, and The Impossible Voyage, which a loose adaptation of Jules Verne’s play, Journey Through the Impossible. 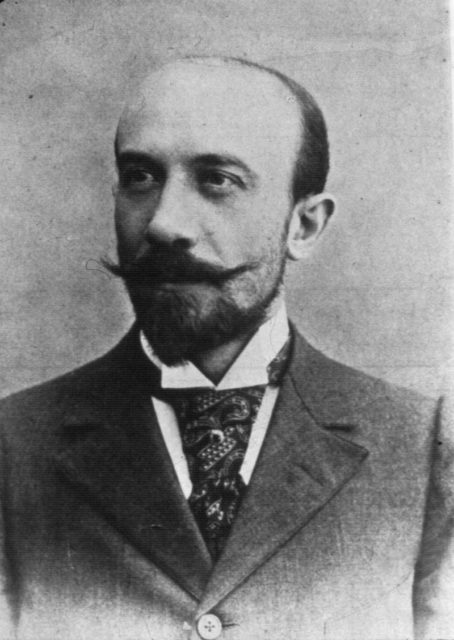 However, nowadays his work is largely neglected, as the historic difference is just too big for people to recognize the revolutionary influence these films had when they first appeared. His films are therefore mostly reserved for experts and other filmmakers, although their timeless charm definitely deserves attention from anyone who appreciates the seventh art. 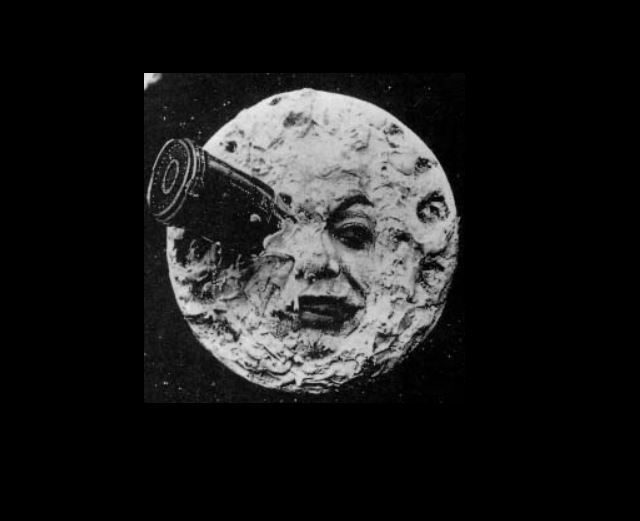 The iconic image of the Man in the Moon

On the other hand, his family has tirelessly and almost single-handedly been preserving his legacy for decades, keeping a vibrant memory of their ancestor and his work that shaped the future of film as an art form. Since Méliès’ grave in the famous Parisian Père Lachaise Cemetery has become a place of pilgrimage for cinema lovers, they are looking for ways to restore it to its exact look as it was in 1954 when his bust was added to the tomb, which was originally erected after his death in 1938. 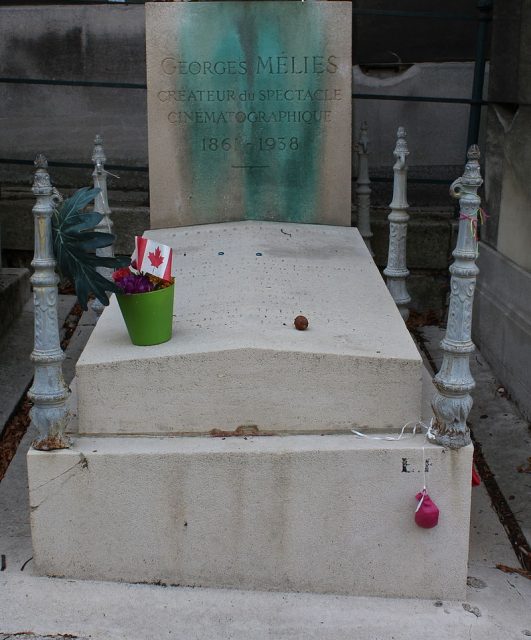 The year 1954 was also the last time the grave was renovated and since then both the bust and the tombstone had corroded into a grayish shade of green.

Related Video: The iconic A Trip to the Moon

Parts of the tomb are visibly damaged, the stone itself has become porous, and the chain that once framed the parcel has been stolen years ago. 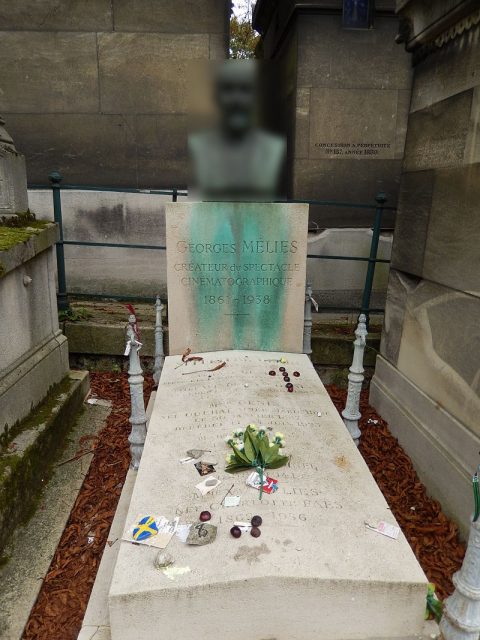 That is why his great-great-granddaughter, Pauline Duclaud-Lacoste, has announced a crowdfunding campaign in hopes of raising enough money to see the grave fully renovated. In an interview for The Vintage News, Pauline emphasized the significance of this project, as both his studio and the theater he once owned are today long gone, leaving the grave as his only physical monument. 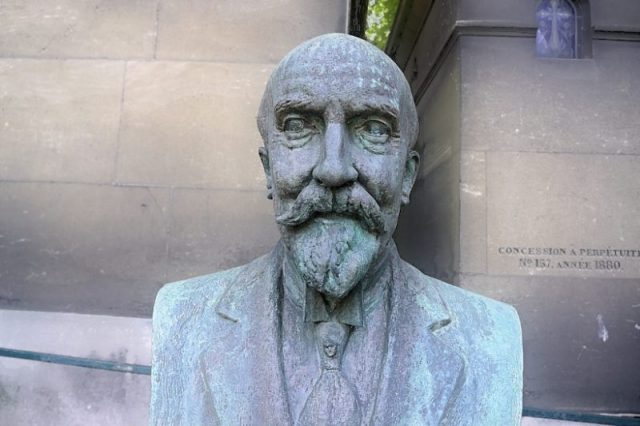 Pauline belongs to the fourth generation of the Méliès family that has been struggling with keeping his legacy alive, and despite the general lack of funds and support from government institutions in France, she and her family are determined to push on and, in her own words “try to implement his spirit into the 21st century.”

To many of his fans he is known as a monumental figure in the world of film, but for Pauline, the relationship with her ancestor is much deeper and more personal. While she was born more than 45 years after his death, the spirit of her great-great-grandfather lives on in her family, as she grew up surrounded by his pictures, and the stories of his endeavors. 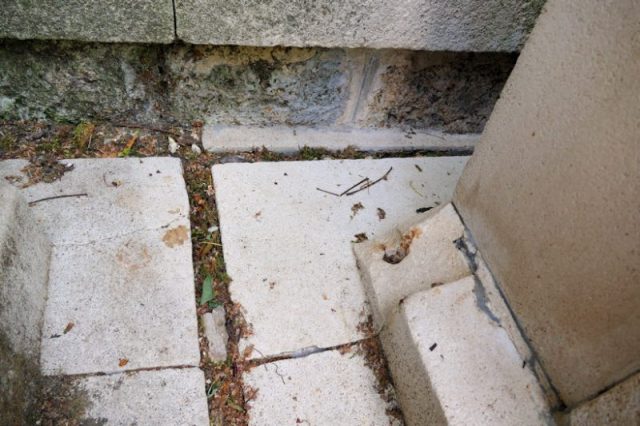 She describes him as creative and open-minded, mischievous and always aware of his inner child.
He also practiced magic tricks all his life, was an ardent reader and an athletic person, who was known to do push-ups well into his 60s.

Above all, as Pauline says, he was a kind and good-hearted person, whose work still resonates among many people around the globe:

“I’ve gone there for many, many times, just to say hello, or just to pick up some little gifts, or letters, or notes people left on his grave, and each time I meet some people ― film students, a magician from Argentina, Japanese tourists, or Parisian cinema lovers. It’s people who study cinema or not, it’s people who love magic or not, it’s all kind of profiles, of all ages, coming from around the world. I can see each time that they really love him and that they had come to pay their respect. To see that, for us, his family, is very moving.”

If you wish to take part and donate, you can find further information on this website. 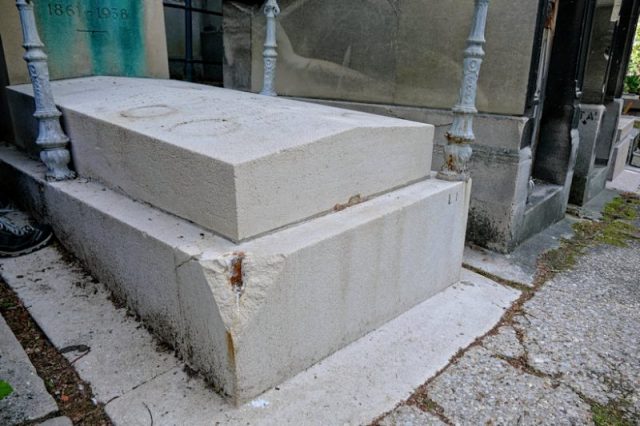 The family has started the restoration project completely on their own, without the help of any international cinema foundation, or government institutions like the French Ministry of Culture which they find “useless”.

Read another story from us: The Enduring Mystery of Alexander the Great’s Final Resting Place

Therefore, they are resorting to crowdfunding in hopes of reaching out to Georges Méliès’ fans both in France and abroad.