A Polish man who spent years hunting for the rumored “Nazi gold train” without success did make an important discovery in March 2019 that had nothing to do with the Third Reich: two dozen priceless Renaissance portraits.

Piotr Koper had been hard at work renovating the walls of an old palace near from Walbrzych in southwest Poland. He found 24 wall portraits that were 500 years old hidden behind the plaster walls.

“The construction entrepreneur and lover of local mysteries was carefully lowering the remains of a dome that once covered the palace ballroom when he noticed fragments of paintings under old plasterwork,” according to The First News (TFN). 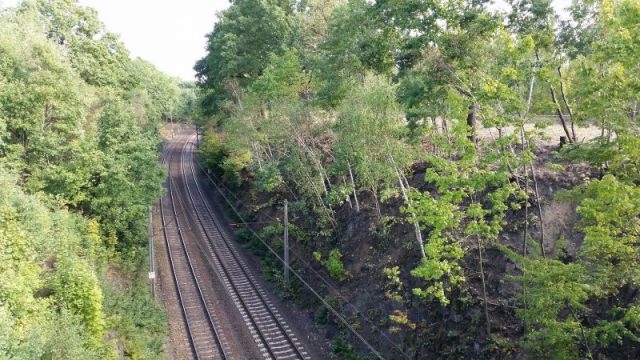 The dome is a Baroque wooden structure; the treasure appeared when Koper and his team of restorers pulled away more plaster.

Koper told TFN: “When we pulled away the plaster, we saw a delicate strip of painting underneath. We pulled away some more and we discovered a whole line of well-preserved paintings. We managed to uncover the paintings without damaging them, which is a great success.” The restorers were initially focused on the tricky operation to lower the historic dome. 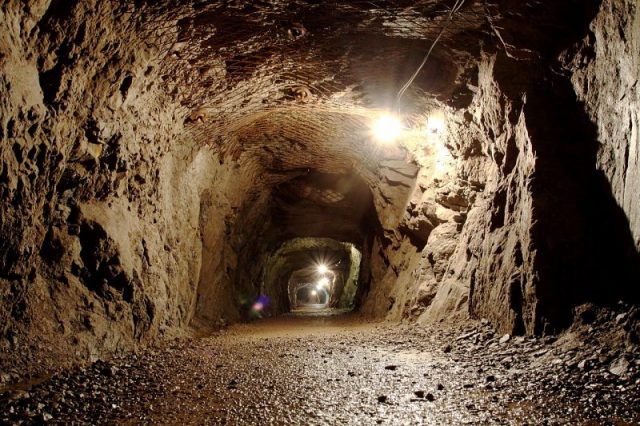 One of unfinished tunnels of Project Riese in the Owl Mountains. Photo by Chmee2 CC BY-SA 3.0

“The first well-preserved portrait made on the wall surprised everyone. It was an accidental discovery, we didn’t expect to find such a rarity,” says Koper.

Only 24 wall portraits have been completely uncovered and identified. One side of the room has images of medieval rulers from the region of Silesia, and on the other side there are images of four Roman emperors.

Krzysztof Wieczorek, the owner of the palace, told the Daily Mirror: “The title Holy Roman Emperor was also used by the medieval rulers of Bohemia and Silesia, hence the presence of the ancient Roman rulers. Each of these huge paintings was made about four metres (13 feet) above the ground.” 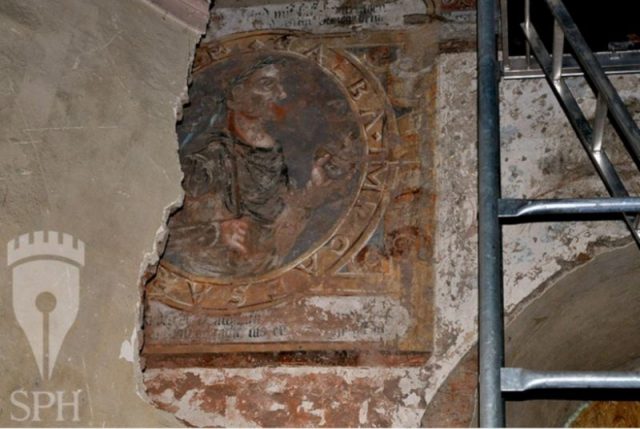 “The oval shows the ruler and around the painting information about his main titles, such as emperor, king, ruler of Bohemia, Hungary, Croatia and emperor. In the lower part is information about the time of his reign and death, and at the top his official maxim at that time.” Because the paintings depict Ferdinand I, a Hapsburg and Holy Emperor from 1558 to 1564, it is possible to date the artwork to the 16th century.

Koper’s earlier obsession with the Nazi Gold Train made headlines from 2015 to 2018. He and his partner, amateur historian Andreas Richter, were convinced that they were on the trail of a legendary gold treasure train hidden by Nazi troops in a tunnel as the Germans fled the area between Wroclaw and Walbrzych in southwest Poland in the last months of World War II. 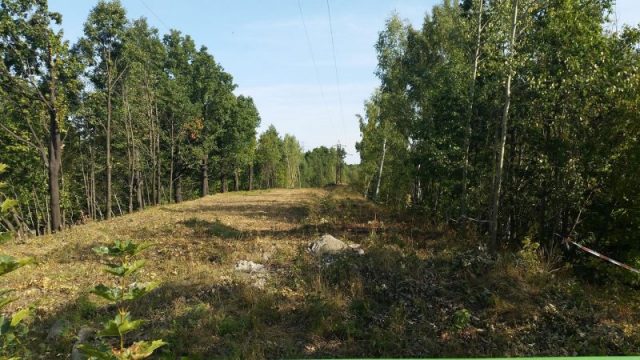 Railway embankment at “Zone 65”, near the crossing of Uczniowska Street, Wałbrzych, where it was claimed the Gold Train was hidden. Photo by RafalSs CC BY-SA 4.0

The buried train supposedly contained art, jewelry, the famous Amber Room stolen from a Russian palace, and even advanced Nazi weapons. Historians and excavation experts scoffed and said there was no basis for believing such a train was hidden underground. However, Koper and Richter sank tens of thousands of Euros into their dig. 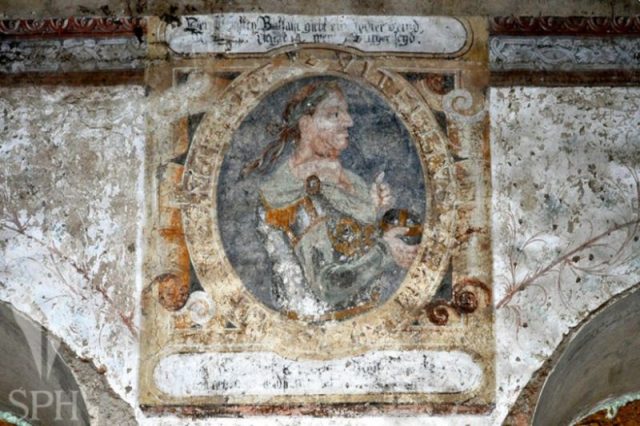 Last February, Richter gave up, telling one interviewer, “I don’t want to do anything foolish anymore.” Koper, however, told the media he was prepared to push on alone. The wall paintings found in a Baroque dome were not part of his search for the train but a restoration project he undertook for the building’s owner. 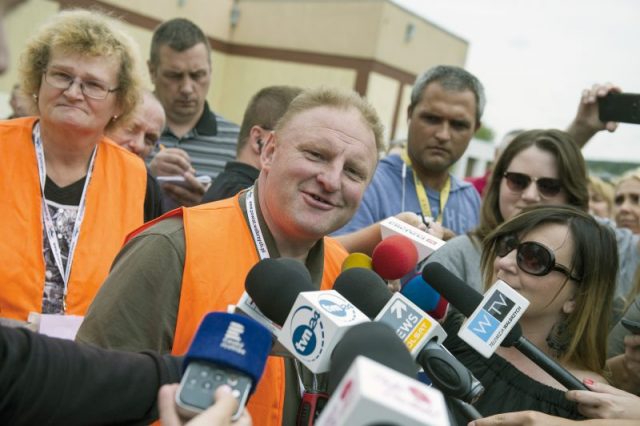 That owner said, “Our goal was only to save the Baroque dome, which is the only one in the world painted in the Renaissance style. Piotr’s discovery surpasses even this.”

Read another story from us: On Display: Stunning Viking Bead Necklace Belonging to a Pagan Sorceress

He continued, “There are many more things to discover. Underneath the line of portraits there is an area 150 square meters under which there are also paintings. We don’t know anything about them.”