The Berkshire, England descendants of Major Thomas Hart, who fought in the fourth Anglo-Mysore war in 1799, are about to become very wealthy.

The couple has until recently been unknowingly storing spoils of war in their attic, wrapped in newspaper. The items brought home by their ancestor turn out to have belonged to Tipu Sultan, who was defeated in India by the British Army under Lord Richard Colley Wellesley.

Included in the relics are the gun Tipu was using when he was felled, four swords and a shield, a gold ring, and a gold betel nut box made to look like a peacock’s tail, complete with several two hundred-year-old betel nuts. 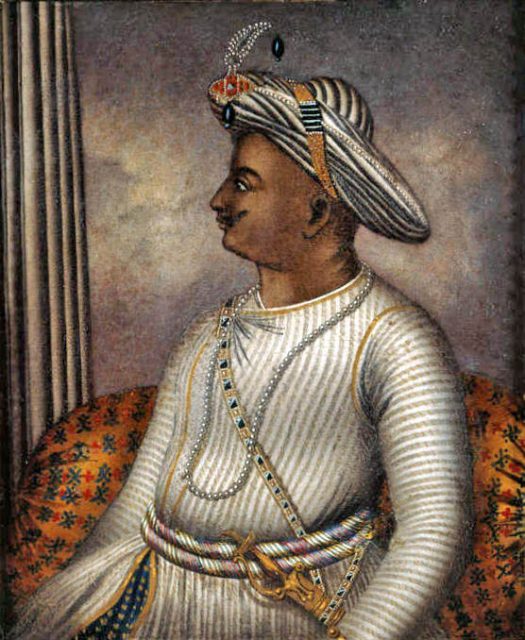 Portrait of Tipu Sultan once owned by Richard Colley Wellsley, now in the care of the British Library

The cache will be sold at the Milton House Hotel in Abington, Oxfordshire by Antony Cribb Ltd., an auction house in Berkshire that specializes in military items, arms, and armor, on March 26, 2019.

The Treasure Act of 1996 includes artifacts found in England, Wales, and Northern Ireland and mandates that anything found that is over 300 years old and made of gold or silver belong to the Crown. 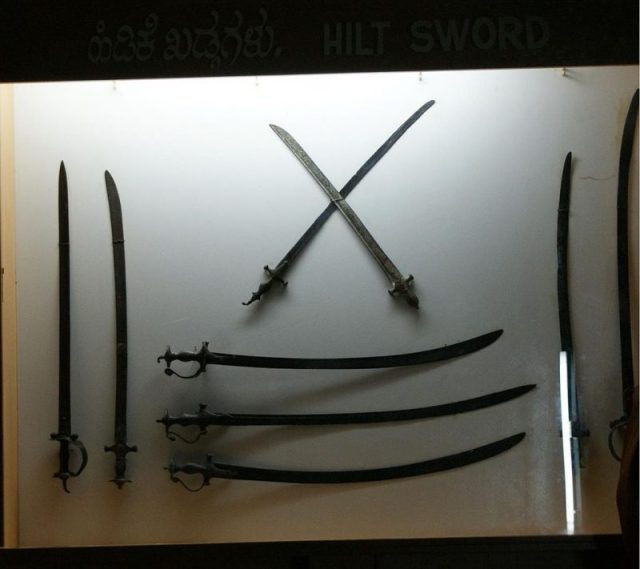 The finder is paid the fair market value, and the finds are usually sold at auction with museums often being the highest bidders. If the treasure is found on someone else’s property, the finder and the landowner usually split the money.

Although most Brits are more than willing to obey the laws, sometimes important finds aren’t turned in because of loopholes. According to National Geographic, a completely intact bronze Roman helmet from the 3rd century AD, found in England in 2010, was not considered treasure because it was made of bronze, but it was sold by Christie’s International to a private collector for $3.5 million. 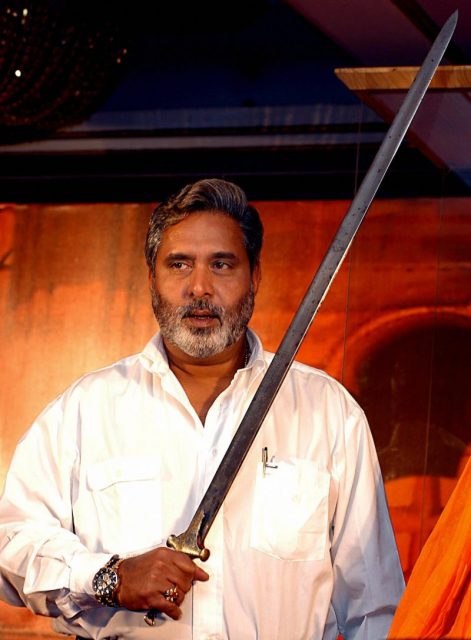 Overall, however, many British scholars believe the law is helpful. Michael Lewis of the British Museum stated, “The Treasure Act works well because it ensures that important finds end up in museums for all to enjoy and that finders are rewarded. They are encouraged to do the right thing.”

The Anglo-Mysore wars were fought between 1767 and 1799 in southeast India. The British East India Company wanted to control all of India and keep them from aligning themselves with Napoleon and France.

In the Mysore area, Hyder Ali was a powerful ruler; during the first war from, 1767 to 1769, he easily defeated the British. The Treaty of Madras was signed by both parties which gave Hyder Ali a large part of the Indian peninsula. 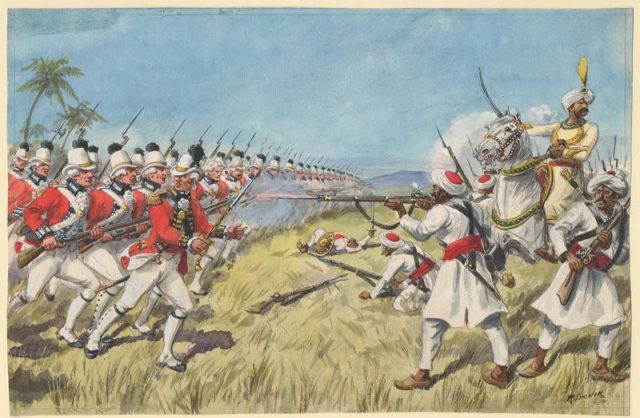 The East India Company’s European Regiment at the Battle of Cuddalore, July 1, 1783.

The second Anglo-Mysore War, from 1780 to 1784, began when Warren Hastings, the first Governor of the Presidency of Fort William in Bengal, attacked the French port of Mahe which was included in the Treaty of Madras as land belonging to Hayder Ali.

Hyder Ali was defeated in 1781, but his son, Tipu Sultan, continued the war in his father’s place.

The Treaty of Seringapatam was signed giving away half of Tipu Sultan’s land, and he was required to turn over two of his sons as prisoners of war.

The fourth and final war was fought in 1799, when the British Army, led by Lord Wellesley, overran Tipu Sultan’s territories and Tipu’s capital city of Seringapatam. 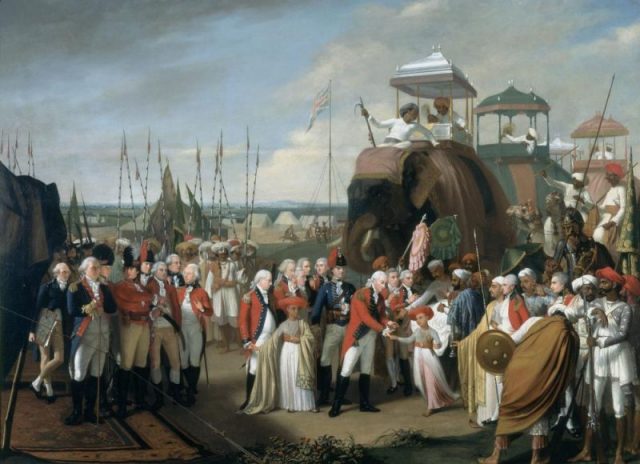 According to Encyclopaedia Britannica, Tipu Sultan was killed on May 4, 1799 at the age of 49. Wellesley restored the Hindu dynasty which had been taken over by Hyder Ali and forced several important cities in Awadh to surrender.

Read another story from us: After Official Inquest, Roman Coins Found in Britain Determined to be “Treasure”

The British soldiers looted Seringapatam and Tipu’s palace and treasury, coming away with arms, jeweled belongings, and gold worth millions of dollars. It is possible that some of Tipu’s belongings are still hidden away in attics in England, but, until the Crown is notified, we may never know.

« Archaeologists Discover 14,400 Year-Old Bread in Jordan
The Enigmatic Labyrinth on the Floor of one of Europe’s Greatest Gothic Cathedrals »