A 14th-century French gold coin was discovered inside one of three hidden drawers in a bureau inherited by a woman who lives in Derbyshire, England.

The mother of three, Amy Clapp, 37, told reporters she had no idea the 650-year-old coin — or the secret drawers — existed after being left a 20th-century bureau by her distant cousin.

Don Collins of Hansons Auctioneers said the 22-carat coin was “very unusual” and he had “never seen one exactly like it” in more than 50 years, according to the BBC. 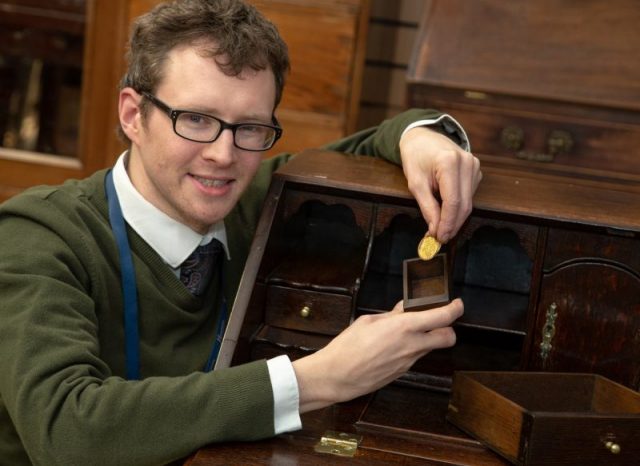 Edward Rycrodt with the coin and the tiny drawer he found it in. Photo courtesy of Hansons Auctioneers

Experts believe the Raymond IV Prince of Orange Franc A Pied, dating back to 1365, could fetch double the guide price of £1,200 to £1,800 when it is auctioned this spring.

The princes of Orange lived in France in the 14th century. The principality originated as a fiefdom in the Holy Roman Empire in the kingdom of Burgundy. 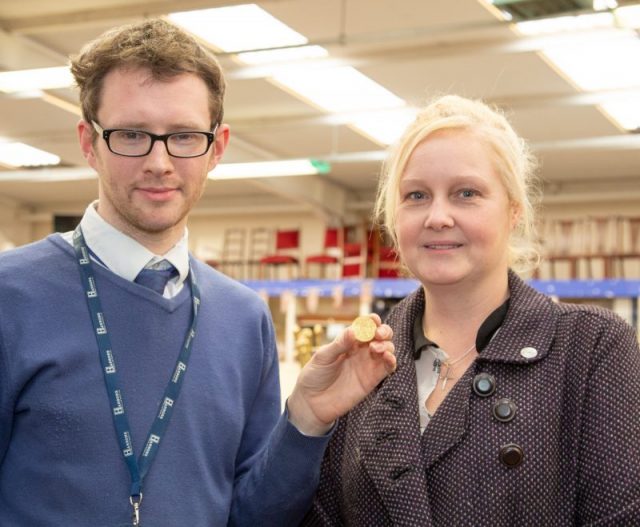 Clapp said to the Daily Mail, “I can’t even remember meeting my great cousin, but I received a letter from a solicitor before Christmas informing me that I’d been left various items of furniture. Apparently, the will was written when I was 13 years old.”

The bureau’s owner didn’t even find the coin herself. She’d sent the bureau to Derbyshire’s Hansons Auctioneers to sell after examining it, believing that it was empty. But three secret drawers existed in the bureau, and they were found by the furniture auctioneers. 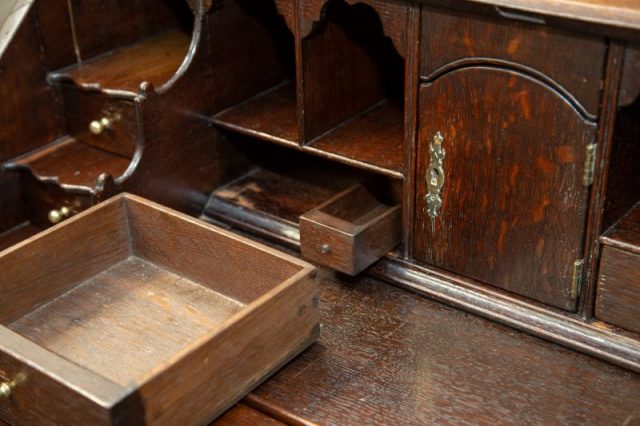 The secret drawer behind this visible drawer. Photo courtesy of Hansons Auctioneers

Edward Rycroft, furniture valuer at Hansons, was the one who made the discovery. The gold coin was hidden in a secret drawer. It turned out to be rare, and highly valuable. Rycroft told the Derbyshire Times: “I know bureaus like this often have tiny, secret drawers — sometimes called coin drawers — so I always check them just in case. But in 10 years of valuing furniture I have never found anything in them  … until now.”

Clapp said she “would never have found that in a million years” and hoped to donate some of the proceeds of the coin sale to a charity.

The wooden bureau itself is estimated at being worth less than $100.

Rycroft said, “I’m delighted for the family. The coin’s worth a small fortune. I knew straight away it was gold and really special. It’s the most amazing thing I have ever found by chance.” 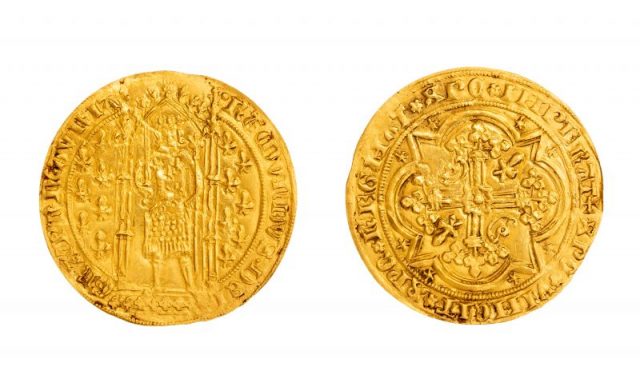 As for Clapp, a family support worker, she said: “I’m delighted. I was working in London when Edward phoned me. As a family, we’ve had some bad luck in the last two years, so for something like this to happen to us is amazing.”

Read another story from us: The Undecipherable Manuscript – Mysterious Images and Language Still Baffle Us

Rycroft suggested everyone be sure to search their furniture carefully. “If you’ve got an old bureau at home do check for secret drawers — you never know, you may be sitting on a windfall too.”

« 100-Year-Old Photos depict some of the most beautiful women from all over the world
Frank Sinatra’s Cherished Malibu Beach Home For Sale for $12.9 million »