Botticelli “Fake” Madonna Turns Out to Be Authentic

A painting by a Great Master that turns out to be a fake is an all too common story of the art world. But how about a “fake” that is revealed to be authentic?

Experts discovered that a Sandro Botticelli painting believed to be an imitation is, in fact, a rare original produced by the artist’s own workshop.

The work had been thought to be a copy of The Madonna of the Pomegranate, painted by Botticelli in 1487. But English Heritage conservators changed their minds after scraping thick yellow varnish off the painting. 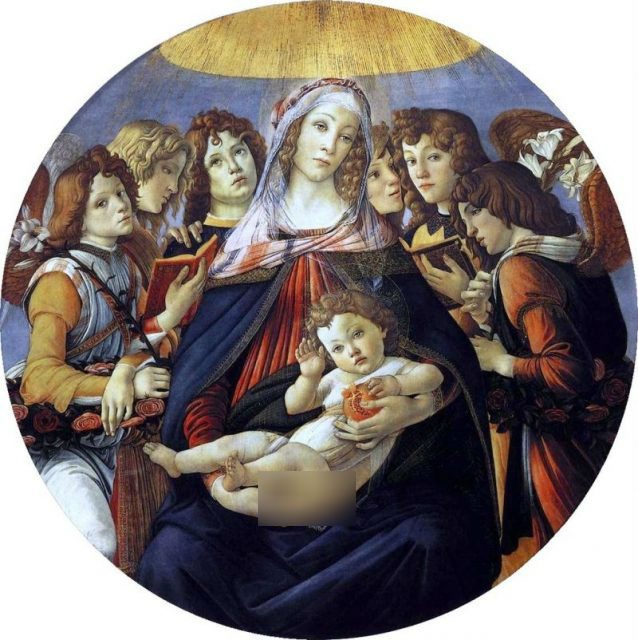 Extensive tests showed it did in fact originate from Botticelli’s 15th-century workshop in Florence, according to the BBC. English Heritage said it consulted experts at the Victoria and Albert Museum and the National Gallery to confirm the origins.

Madonna of the Pomegranate shows the Madonna and the Christ Child holding a pomegranate — which symbolizes Christ’s future suffering — with four angels around them.

The original is on display in the Uffizi Gallery in Florence, and experts thought that the painting held by English Heritage was an imitation because of variations in certain details and the yellow varnish that covered it. It was thought to be “over painted.” But X-ray testing, infrared studies and pigment analysis revealed that the painting, which boasts vivid reds, blues and golds, was created at Botticelli’s workshop during the 15th century. 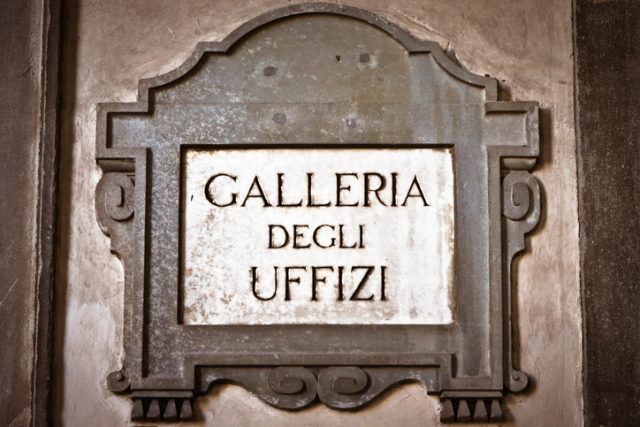 The original stone sign of the Galleria degli Uffizi in the famous exterior corridor of Florence (Tuscany, Italy).

“English Heritage’s senior collections conservator Rachel Turnbull said that after consulting with experts at the Victoria & Albert Museum and the National Gallery, they were ‘finally able to confirm’ that the Madonna of the Pomegranate painting was by Botticelli,” according to The Independent.

“Being able to closely examine and conserve this painting for the first time in over 100 years has really given us the chance to get up-close and personal with the paintwork,” Turnbull said. “I noticed instantly that the painting bore a striking resemblance to the workshop of Botticelli himself.” 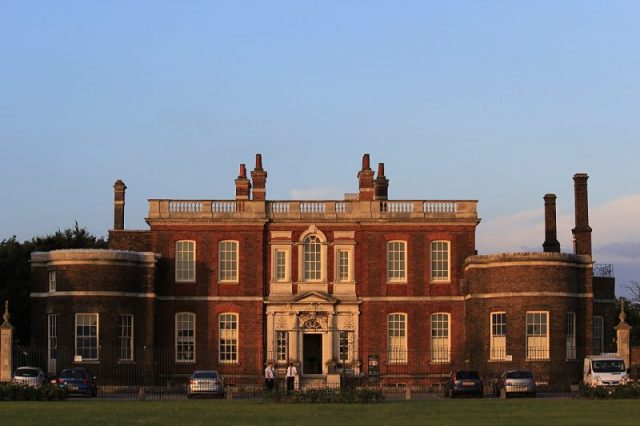 “Stylistically it was too similar to be an imitation, it was of the right period, it was technically correct and it was painted on poplar, a material commonly used at the time.”

The picture at English Heritage’s Ranger’s House in Greenwich is now thought to be the closest version of Botticelli’s 1487 masterpiece.

It was bought by diamond magnate Julius Wernher in 1897 and kept with his art collection at the Georgian villa in Greenwich. 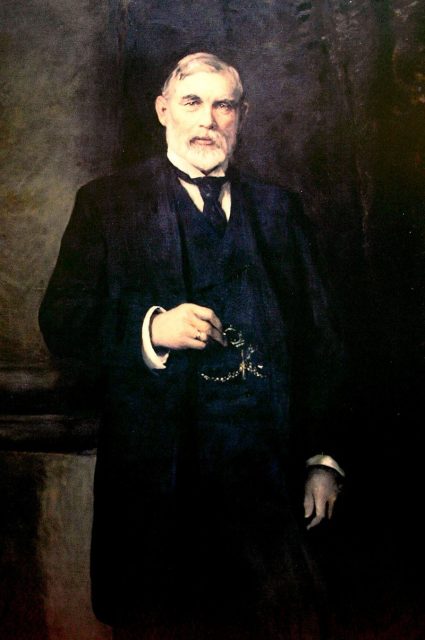 While the painting might originate from Botticelli’s workshop, that is not to say it was painted entirely by the master himself. Botticelli employed various assistants to help him keep up with demand for his work, and they would paint smaller versions of popular works for customers on a smaller budget, according to CNN.

The son of a tanner, the artist was born Alessandro di Mariano Filipepi, but he was given the nickname “Botticelli” (derived from the word “botticello” meaning “small wine cask”). He was known for his wit and talent as a child and apprenticed when young. 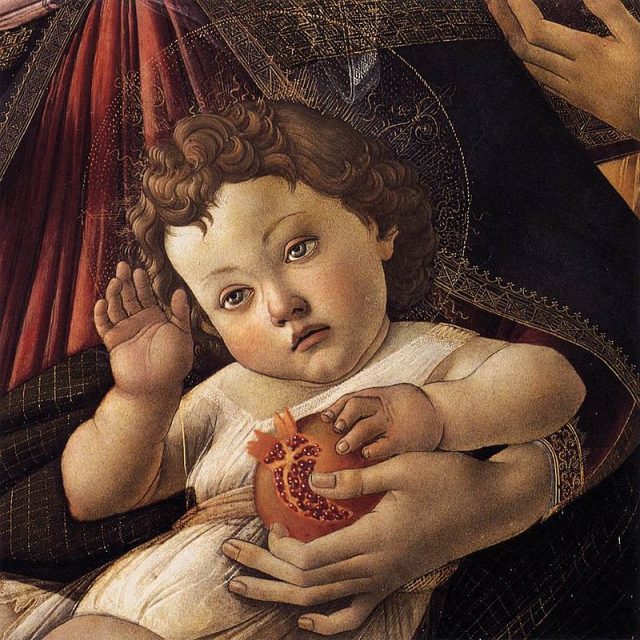 Madonna of the Pomegranate shows the Christ Child holding a pomegranate, which symbolizes His future suffering

He began his career painting frescoes for Florentine churches and cathedrals, and worked with the painter and engraver Antonio del Pollaiuolo. He had his own workshop by the early 1470s.

His reputation was so illustrious that, in 1481, he was summoned by the Pope to Rome to help decorate the walls of the recently completed Sistine Chapel in the Vatican. He painted frescoes depicting scenes from the Life of Moses and the Temptations of Christ. It was the only occasion he is known to have worked outside Florence. 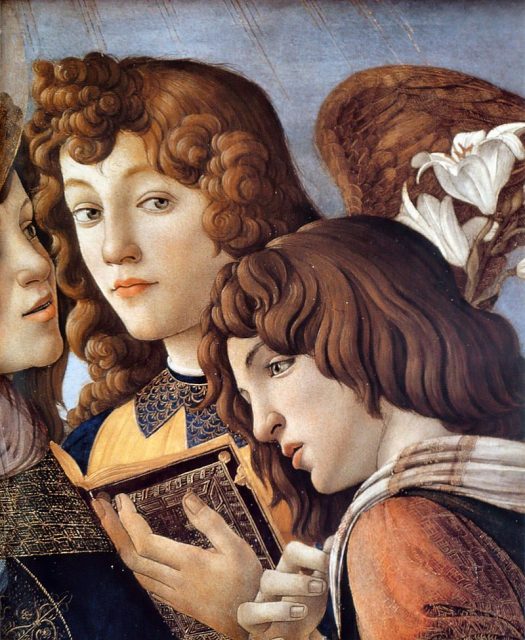 The period from 1478 to 1490 saw Botticelli at his most creative. This was the period during which he produced his famous mythological works, such as The Birth of Venus.

Botticelli died in 1510 and his name all but disappeared until the late 19th century, when a developing appreciation for Florentine arts and culture generated interest in his work.