Take a Look Inside the 1,200-yr-old Oldest Restaurant in the World

Salzburg may not be the official capital of Austria, but some would argue it’s a cultural one. Its most remarkable notoriety lays in the field of music, having been the birthplace of Mozart and home to the famous hills that housed the von Trapp family — in real life as well as in The Sound of Music. The city boasts other famous and historical sites, however.

Though Sobrino de Botín in Spain holds the record for the oldest, continuously running the public establishment, the St. Peter Stiftskulinarium (St. Peter’s Abbey Cellar in English) in Salzburg, Austria boasts the earliest opening date of a restaurant, not only in Europe, but in the entire world. 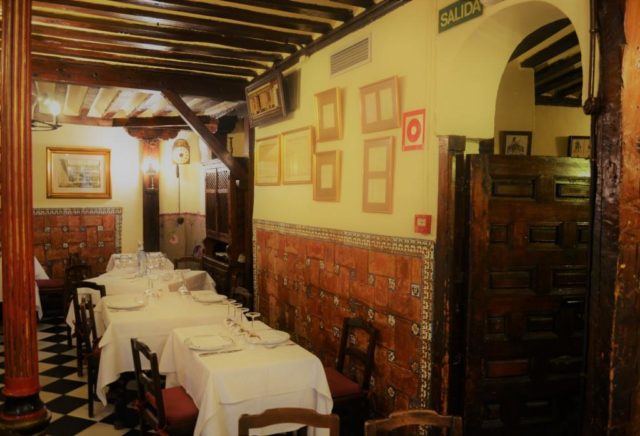 The earliest mention of the inn located in St. Peter’s Abbey was in 803 AD, when its existence is recorded in the Carmina anthology by Alcuin, a famous scholar and contemporary of Charlemagne. 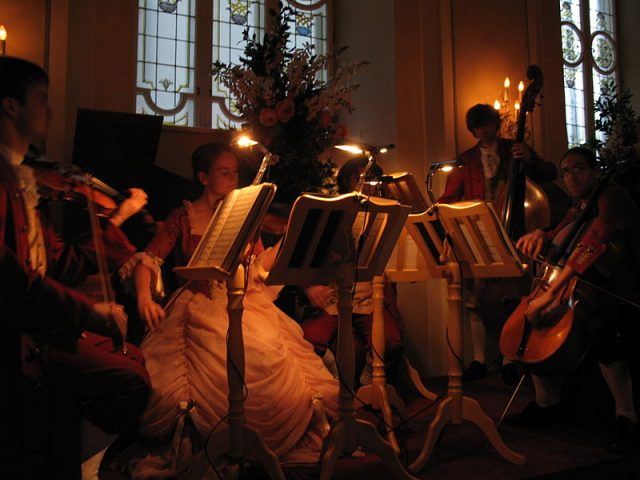 The Stiftskulinarium was forced to close a couple of times throughout its history, however, including during Napoleonic invasions. These interruptions in service are the technicality that knocks the Stiftskulinarium out of the running for the official title of the oldest restaurant in the world. 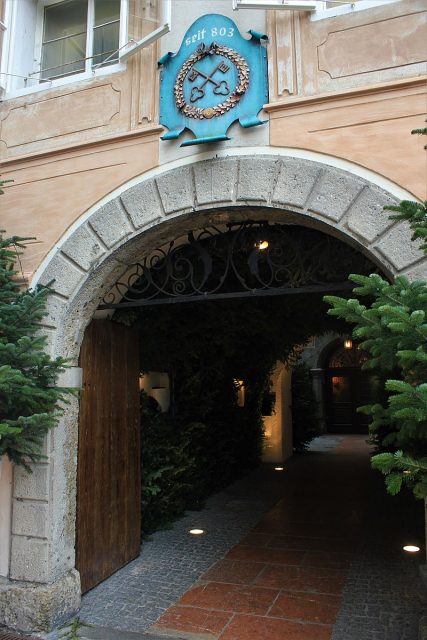 It is said that Christopher Columbus and Faust were patrons of the restaurant, and one can only assume Mozart was as well. In the heart of the Old City neighborhood of Salzburg, the Stiftskulinarium is built into the Mönchsberg, a mountain in the center of the city. The restaurant contains eleven different dining rooms, some of which are carved out amongst the Salzburg Cathedral, Mozart’s concert hall, and the city’s 11th century fortress, the Hohensalzburg. The most recently built dining room was added in the 1600s, a fact which adds even more majesty to an inn cloaked in legend. 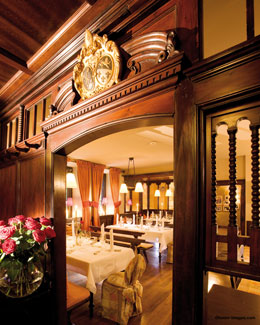 For the past 25 years, Claus Haslauer and Veronika Kirchmair have modernized elements of the drinking and dining experience at St. Peter’s Stiftskulinarium, offering four different experiences at the famed establishment: restaurant-style dining, a Connaisseur series of fine food and wine tasting seminars, catering, and special events. 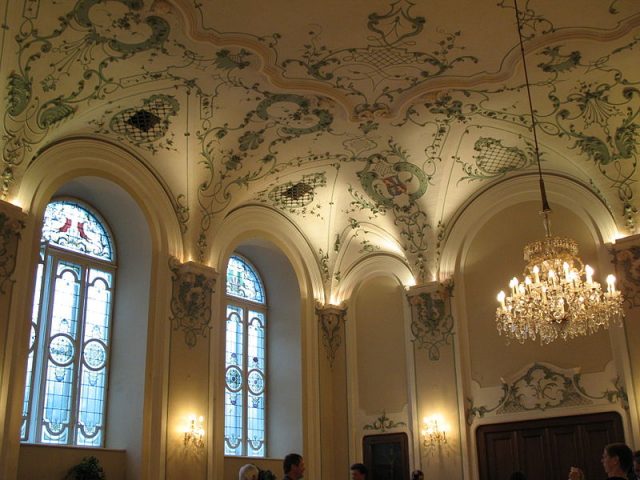 One such special event is the Mozart Concert which is held regularly each week. Reservation is obligatory for the dining experience that can range from €43 to €115, but each package does include a trip through time as you dine on historical recipes and listen to graduates from the University Mozarteum Salzburg perform — in authentic dress, of course — the famed works of Mozart. Each course, from tasters to dessert, begins and ends with arias that transport you back to earlier days. 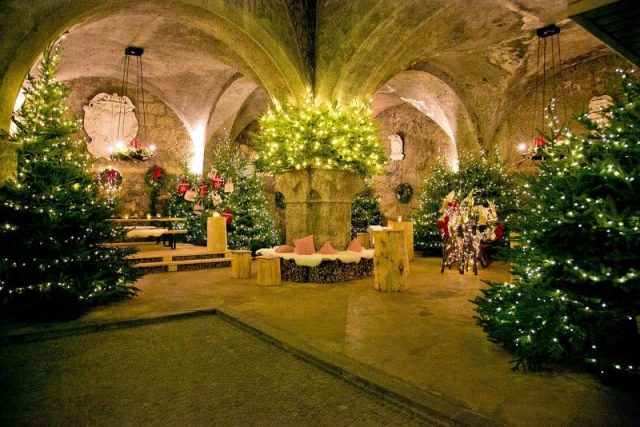 In addition to their classical concerts, the Stiftskulinarium can host up to 620 guests inside the restaurant, as well as 300 outside. Their space includes rooms such as the 500-year-old Richardstube, a rock cellar that once stored monastic wines, and the Haydnsaal, named after another famed classical musician who regularly enjoyed wine in the very room that now bears his name.

Related Video: The Controversial 10,000 Room Hotel That Never Had a Guest

The owners of the Stiftskulinarium rightly brag that their restaurant is “for bon vivants who desire the finest delicacies, noble vintages and specialty products” found in Austria, and the rest of Europe. Their extensive and precise Weinkarte starts at average prices, and shoots up to a remarkable €3,450 for a 1995 vintage bottle of Bordeaux from Château Pretus! 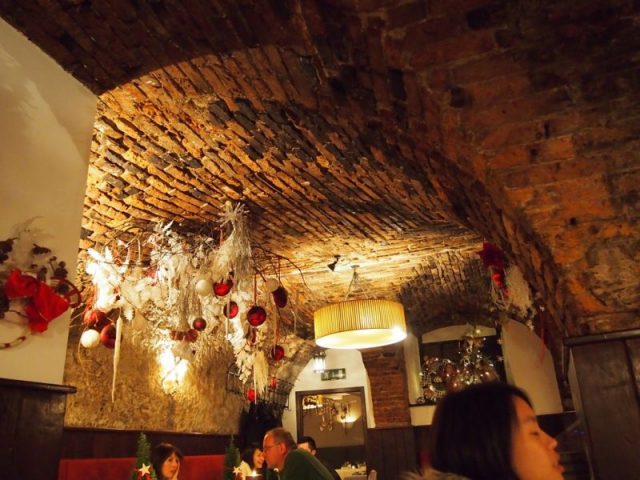 Suffice to say that for anyone who has the money, the Stiftskulinarium is the ideal location to celebrate any event: be it a candle-lit dinner, dinner and a show, a baptism, holiday party, or wedding.

Every month also gives way to a brand new menu; March’s being an ironically themed, gourmet take on Lent: offering light and simple fish and poultry options. Open 7 days a week, the Stiftskulinarium is an old world dream for any lucky traveler passing through Salzburg, let alone the local residents who have the joy of experiencing the restaurant’s history daily.