Peter Cushing is well known to modern audiences as Grand Moff Tarkin in the original Star Wars. Despite making the movie in the late Seventies his fiendish character lives on — the character was even revived in CGI form for 2016’s Rogue One.

Cushing himself passed away in 1994 aged 81, leaving behind an extensive body of work that also included roles in classic Hammer Horror films, most notably the Dracula ones alongside his pal Christopher Lee, and performances as Sherlock Holmes for both TV and cinema. When it came to life away from the spotlight however, the picturesque seaside town of Whitstable in Kent, England was the place he called home. 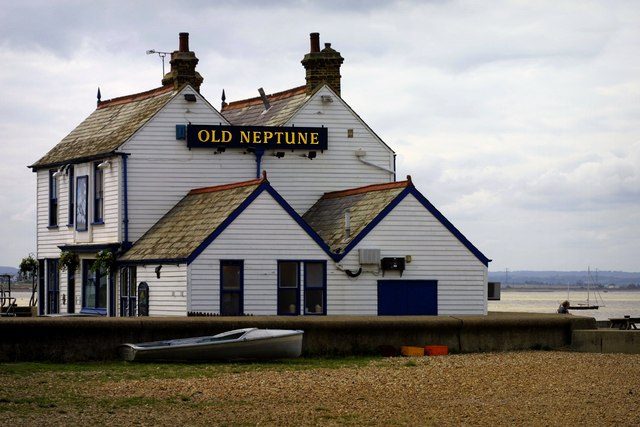 He resided there for 35 years, though the connection lasted around half a century. The website of JD Wetherspoon (whose Whitstable pub is named after him) writes, “Cushing first visited Whitstable in the 1940s and, in 1958, bought a house, initially for weekend use and then as a retirement home, until his death.” 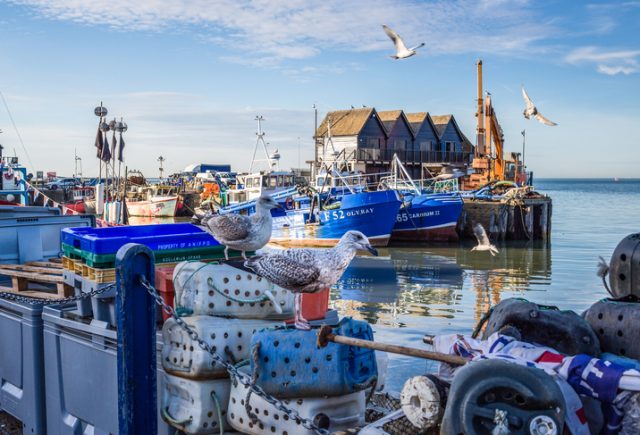 He became a well-liked, but also well-respected, local celebrity. The Whitstable Museum notes that while regarded as a non-local “DFL (Down From London)”, his “love of the town was rewarded by its inhabitants treating him as one of their own, allowing the star and his beloved wife Helen to live in relative peace and tranquillity.” 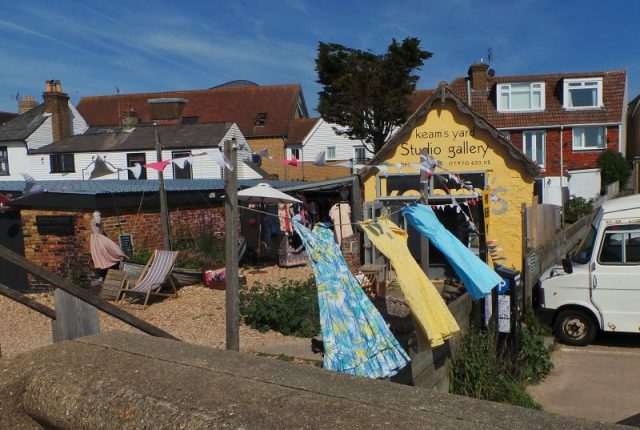 A frequent haunt (to pardon the horror-themed expression) was the Tudor Tea Rooms, where Cushing was keen to express his enthusiasm. In 1985 he penned a tribute, in which he stated: “For Whitstable’s the one place, I know, Where men who wish for peace may go.” 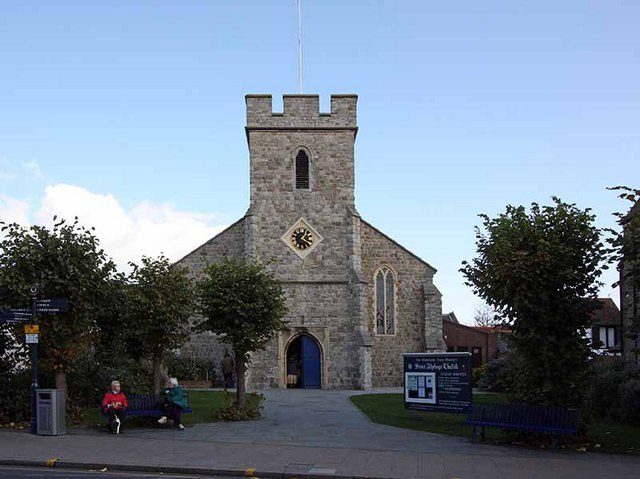 The piece was published in the Whitstable Times and a hand-written version is framed in the shop. The star was a familiar face amongst local businesses. Proprietors would hear anecdotes from Cushing’s long career, such as the time he donned slippers to play Tarkin because the boots provided were uncomfortable. 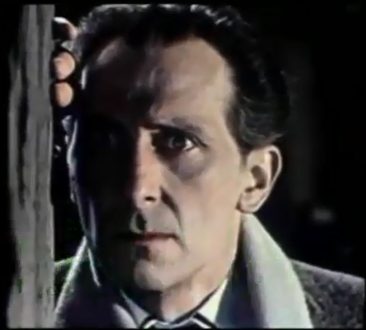 A humorous feature for Starburst Magazine writes that “the idea of popping into Hatchard’s to browse the caps and cravats that summed up Peter’s style is very nearly exciting if that’s what floats your boat. I’m pondering whether I could buy a cravat like his as I approach its location only to discover that it has been turned into a Costa.”

This feature refers to an illustrated tour of the town called “Peter Cushing’s Whitstable.” Whitstable Museum is described as a “Tardis-like building.”

Appropriate, given his big screen outings as Doctor Who in 1965 and 1966 respectively. Inside is an exhibit dedicated to the actor, which has amongst its treasures screen-used props, his famous make up case and those infamous slippers. 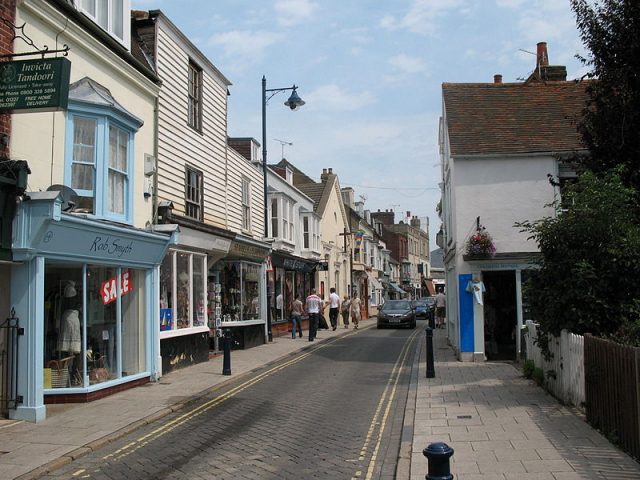 This forms part of a general remembrance, with different parts of the town recognizing the effect Cushing had on their community. The “Peter Cushing” pub is arguably the most visited of these but a more poignant sight is Cushing’s View, the bench donated to Whitstable by Peter and Helen. Made by artist Will Glanfield, the seat has its own inscription and faces an impressive view of the sea. 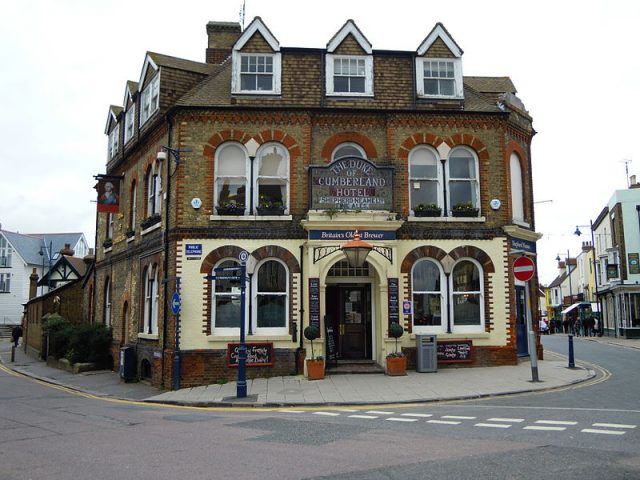 The Duke of Cumberland Hotel in Whitstable. Photo by stavros1 CC BY 3.0

The message reads “Presented by Helen & Peter Cushing who love Whitstable and its people so very much.” Sadly Helen died in 1971, leaving Peter devastated. He reportedly sought solace in painting local scenes. Cushing could often be seen down at the harbour with his canvas. Speaking to the BBC in 2007, friend Bernard Broughton said, “They were a great comfort to Peter, he loved to produce them, but he was most modest about them.” 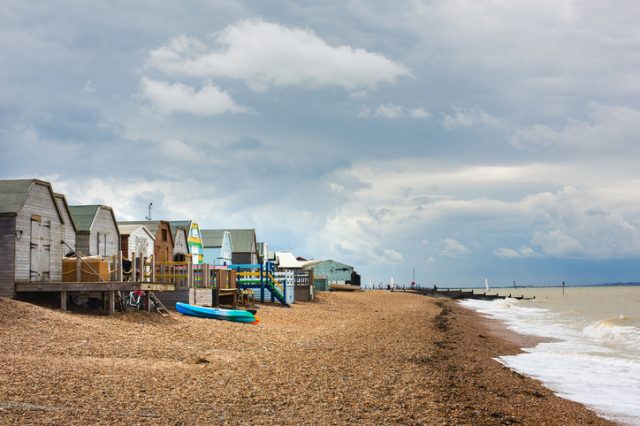 The sun on a cloudy day catches beach huts on the seafront in Whitstable, Kent

Eventually, Peter Cushing and Whitstable became part of one another, a relationship that exists to this day. His image can be found on merchandise such as tea towels, yet a restoration project for the Cushing’s View bench revealed the affection locals had for the actor.

A 2018 article on the Canterbury Newsroom site details how “A few weeks ago, a member of the public contacted the council to say the bench’s plaque had gone missing.” It transpired “the original plaque had been handed into Whitstable Museum.” 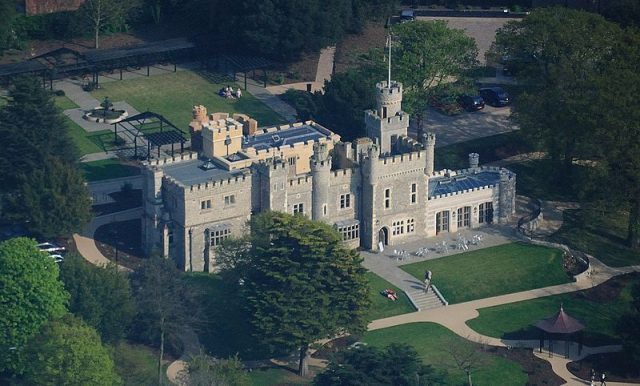 The article goes on to say, “The council believes the screws had rusted and the plaque had become loose, prompting a member of the public to remove it and hand it in. And when an officer met Joyce at the bench to collect it, the need for the restoration work to the bench itself became clear.”

There can be no better tribute to the man who was Tarkin’s legacy than this. It seems the love Cushing had for the people of Whitstable was more than reciprocated.