It’s common practice to see people incorporate their hobbies into other parts of their life, whether it’s naming their child after a beloved book character or only ever wearing a certain style of clothes to public events. What do you do when you’re given the chance at something really big, though?

We may not know what brand of underwear Neil Armstrong wore in space or if Stephen Hawking enjoyed James Bond novels, but some important people like to make their preferences well known.

Hubert Zitt is a professor at the German Zweibrücken University of Applied Sciences. After receiving a doctorate in the field of systems theory of electrotechnology from Saarland University, he now teaches the subject at Zweibrücken. 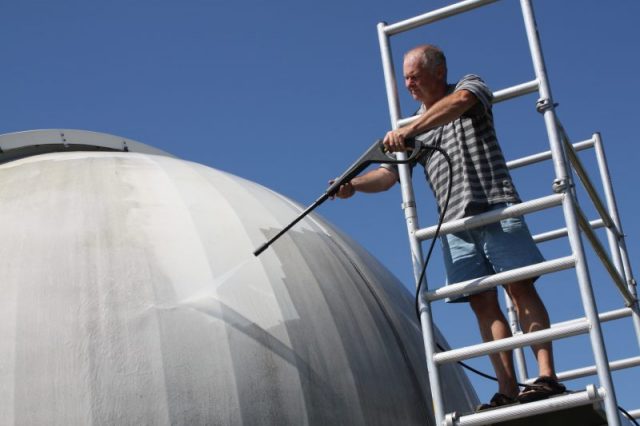 He has yet to win any Nobel prizes, but Zitt has certainly travelled lightyears in the science community, coming to be known for a particularly nerdy obsession.

If you’re wondering if Zitt likes Star Wars, all you have to do is drive down the A8 in Germany. On the top of a hill overlooking the city of Zweibrücken sits the university observatory. Given its lofty perch, it’s impossible to miss — especially since Zitt decked it out in bright blue and white, turning the observatory into a spitting image of famous sci-fi droid R2-D2. 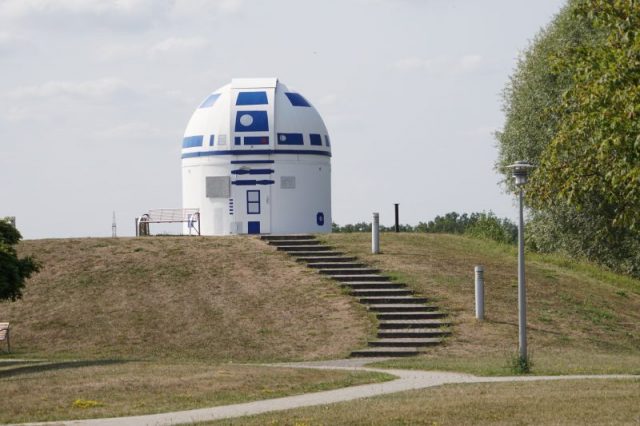 The observatory is probably one of the biggest, permanent declarations of a fan’s obsession on the planet. Its primary colors help it stand out and it’s iconic image reminds anyone passing by of one of the most famous film franchises in movie history. This monument to our favorite little Star Wars droid joins the ranks of other great world landmarks which are not exactly what they seem. Take a look at 6 other famous landmarks hiding something from the public:

As the structure already has a domed shape, all Zitt had to do was break out the paint. The project went by more quickly with the helping hands of Zitt’s father-in-law Horst Helle, friends, and students. 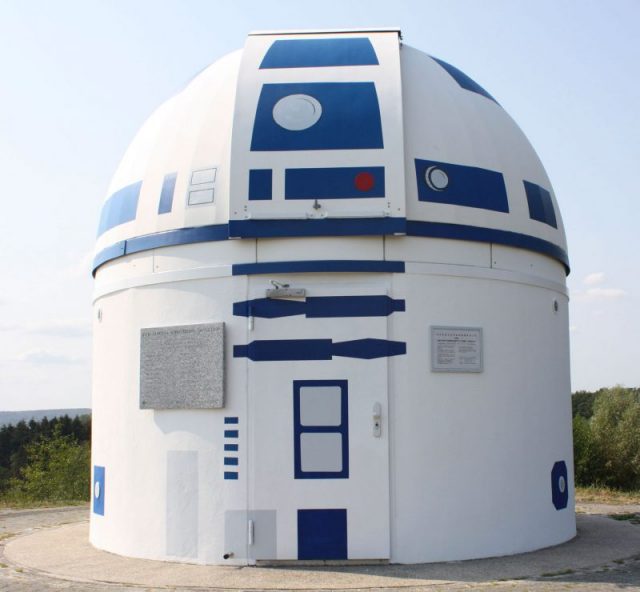 Though he’s not the first to create such a large homage to the science fiction genre, let alone to R2-D2, his structure is definitely more permanent that the Carleton College’s 2010 tenting of their Goodsell Observatory in fabrics mimicking the renowned robot’s stripes.

Finished in 2018, Zitt’s massive R2-D2 caught the attention of hundreds of thousands of people across the globe thanks to the internet, including Star Wars’ very own Mark Hamill. The actor retweeted a link from the Laughing Squid featuring the structure and mocked the article’s original title (“German Observatory Transformed Into a Giant R2-D2”) by changing a few words — “R2-D2 Observatory Transformed Germans Into Giant Nerds.” 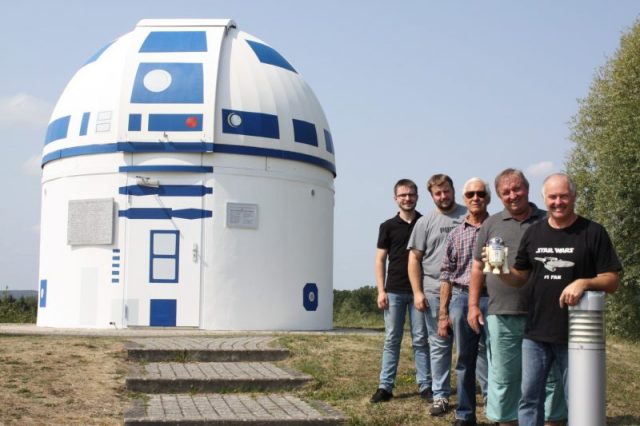 It’s pretty obvious that he was a nerd for years before this space-themed facelift. Zitt’s sci-fi admiration knows no bounds, and he doesn’t limit himself to one universe. Along with the son of the famous T.V. writer Gene Roddenberry, creator of the original Star Trek, Zitt wrote the preface to Star Trek in Germany, published in 2008.

Before this collaboration his name was already well known in the science and sci-fi community as a Global Topspeaker — a German equivalent to TED talks — giving lectures on the futuristic technology of Star Trek. From there, Zitt branched out, being invited to speak at several events across the globe, including Europe’s largest sci-fi convention, FedCon. 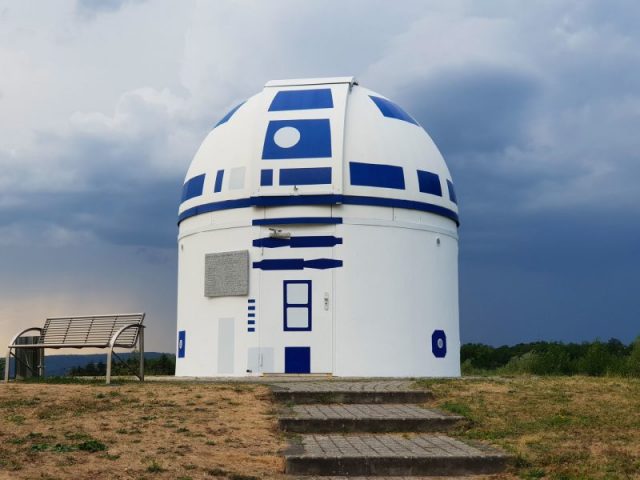 He doesn’t remain in orbit around Europe, though. Later on in 2008 he was invited to become a regular lecturer in San Antonio, Texas at the University of the Incarnate Word where he teaches The Physics of Star Trek, applying his scientific knowledge to the fictional world.

Zitt’s dedication to his favorite film just goes to show that popular culture knows no limits and can be translated in many different ways. What better monument to Star Wars than an observatory?

« The English Legend of the Little Drummer Boy is Ghostly and Heroic
The Forgotten Beatle – Whatever Happened to Early Drummer Pete Best? »