Europe is known for its ancient heritage, with some of its most beautiful cities and towns boasting a history that stretches back for thousands of years. However, this year’s European Capital of Culture claims a lineage much longer than most, tracing its origins to the 4th millennium BC. According to The Telegraph, this long, complex past makes Plovdiv widely recognized as the oldest continuously inhabited settlement in Europe.

Plovdiv is often overlooked by tourists seeking to experience a flavor of Europe’s ancient past, as visitors flock to cities such as Rome, Athens, Paris and Lisbon. However, Bulgaria’s second-largest city has a fascinating history, and successive waves of conquerors have left their mark on Plovdiv’s landscape, architecture and culture. 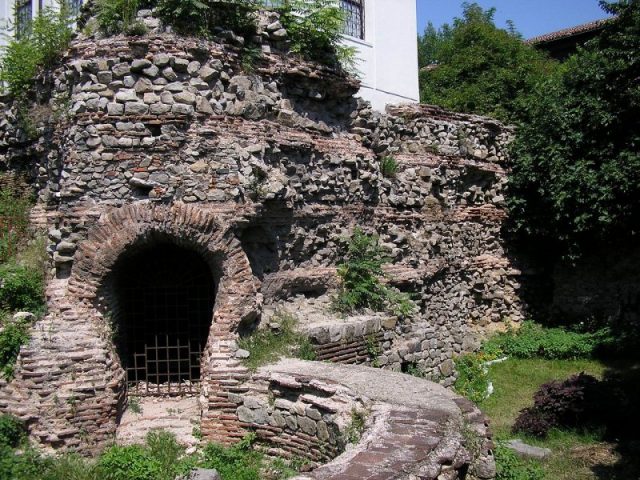 Known today as the “city of the seven hills”, Plovdiv occupies a fertile spot on the banks of the Maritsa River. The most ancient part of the city is concentrated around three low hills, which formed an effective natural defensive structure for the city’s earliest inhabitants. 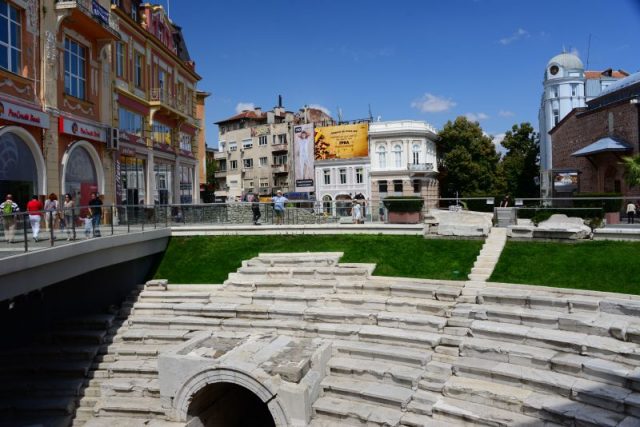 According to The Telegraph, Neolithic burial sites and remains have been found on the central hill of Nebet Tepe, dating back as early as 6000 BC. However, the first major settlement of the area appears to have occurred in the Chalcolithic period, in around 4000 BC. 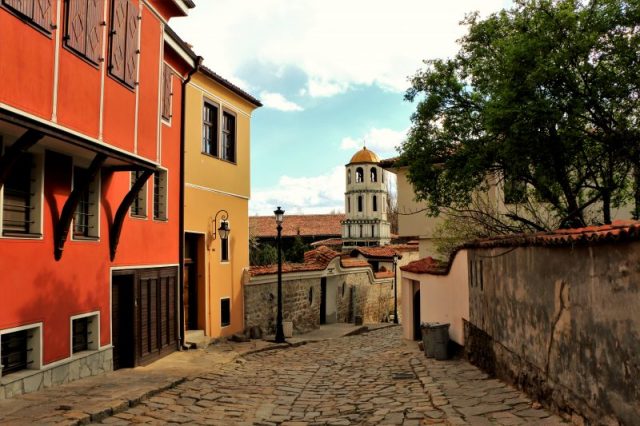 Important finds dating from this period include burial mounds and tombs, tools, ritual artifacts and everyday objects. Archaeologists believe that the settlement has remained occupied ever since. 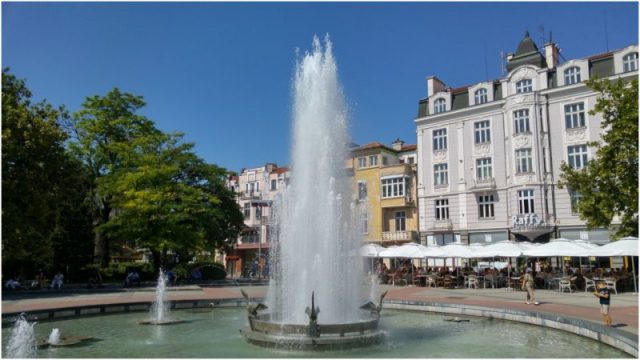 The hill of Nebet Tepe proved to be an excellent place to settle, providing access to food and fertile ground, in addition to offering a vantage point from which to spy out potential invaders. The settlement soon expanded to the two neighboring hills, and in the 2nd and 3rd millennia BC it became an important Thracian city. 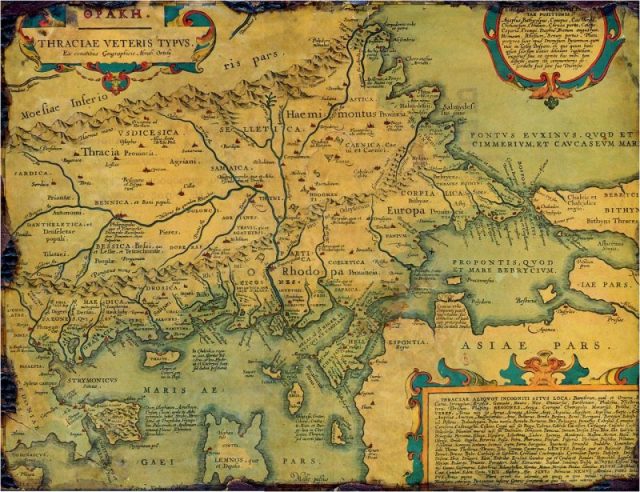 During the 1st millennium BC, Plovdiv suffered significant political turbulence. It was briefly incorporated into the Persian Empire as a nominal vassal of the Achaemenid emperor Darius the Great, and then later formed part of the Odrysian Kingdom, a confederation of Thracian tribes. However, in 342 BC, a new force swept in from the West and changed the course of Plovdiv’s history. 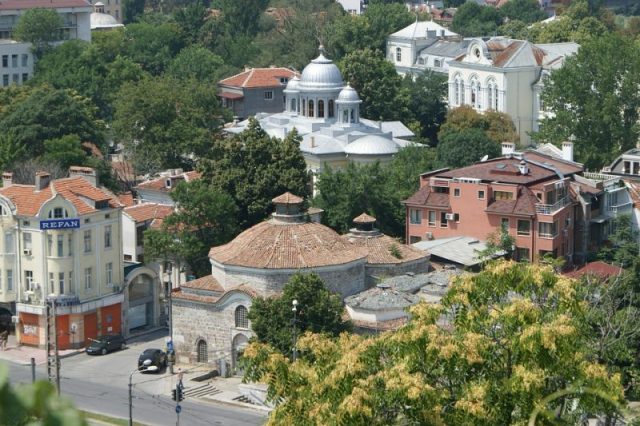 Philip II of Macedon, father of Alexander the Great and a formidable political force in his own right, invaded the Thracian kingdom and deposed the Odrysian rulers, instigating a conflict that would continue for many years. The city continued to change hands between the Macedonians and the Thracians, until the arrival of the Romans in 72 BC. 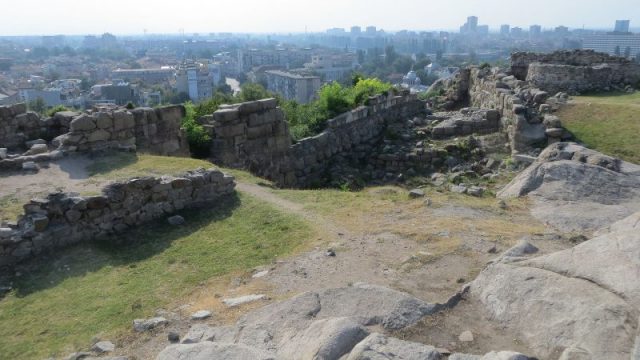 The Romans renamed Plovdiv as Trimontium, or the “city of the three hills”, and embarked on an ambitious building program. Situated at an important crossroads between the east and west of the Roman Empire, Trimontium benefited from significant imperial patronage, and many of the lavish public buildings erected in this period may still be seen in the old city of Plovdiv today. The stunning amphitheater still provides a space for open-air concerts, and it’s also possible to see the stadium, baths, streets and buildings decorated with mosaics. 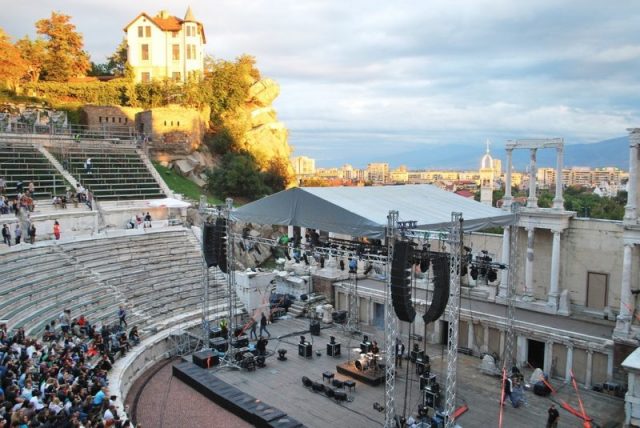 Plovdiv’s ancient past is a story of cultural flourishing. Its position at the intersection between East and West meant that it was an important trading post, and diverse influences have thus shaped its culture, architecture and identity. However, it was also a strategic military site, meaning that it was always a target for invasion. 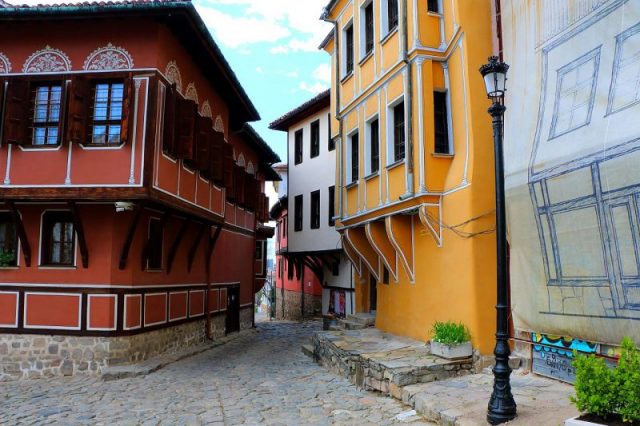 After the Romans, the city was sacked by the Goths, reincorporated into the Eastern Roman Empire, taken over by the First Bulgarian Empire, conquered by the crusaders and then the Latin Empire, and finally annexed by the Ottomans. In 1885 it played a crucial role in the process of Bulgarian unification, and according to The Telegraph, now occupies a proud place as Bulgaria’s cultural capital and second largest city.

Yet, each conquering force has left its mark on the city. Roman monuments, Byzantine monasteries, Ottoman mosques and bathhouses, and beautifully painted traditional Balkan houses all have their place here, jostling for space on the three hills of the Old Town. As 2019’s European Capital of Culture, Plovdiv is finally earning international recognition as one of this continent’s most important ancient sites.