Many movie fans are aware that Kirk Douglas is 103 years old, but he’s only part of the longevity equation in his home. Douglas’ wife, Anne Buydens, turned 100 on April 23, 2019. The two have been married for 64 years and in interviews the actor has said she is his soul mate. In the famous Douglas clan, populated by Kirk’s oldest son, Michael, and his wife, Catherine Zeta-Jones, Anne is someone who may not win as many headlines. But her life has been an interesting one.

She was born in 1919 in Hanover, Germany, moving with her family to Belgium. She was well educating, achieving fluency in English, German, and French, and was living and working in Paris when an actor named Kirk Douglas asked her for a date in 1953. 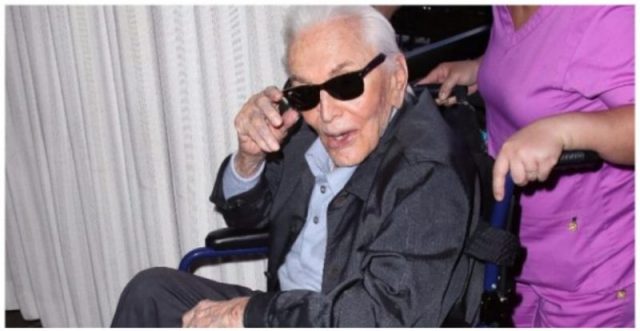 Kirk Douglas at his 101st birthday. Photo by Getty Images

Buydens was working as a film publicist in Paris when she was introduced to Douglas, then filming Lust for Life, according to the couple’s joint memoir, Kirk and Anne. She met him in his trailer, known as “the lion’s den” by those working on the film, because the divorced actor was such a playboy.

According to their memoir, Douglas “took a look at me and then he said, ‘Would you like to have dinner with my friends at some chic restaurant?’ And I said, ‘No, thank you, I think I’ll go home and make myself some scrambled eggs.’ That was not what he expected.”

Although Douglas was annoyed by her refusal, he later hired her to be his publicist. They got to know each other on a platonic basis. “With no romance in the picture, I stopped trying to impress Anne. Instead I stopped talking about myself and began to listen to her,” they wrote in their book. 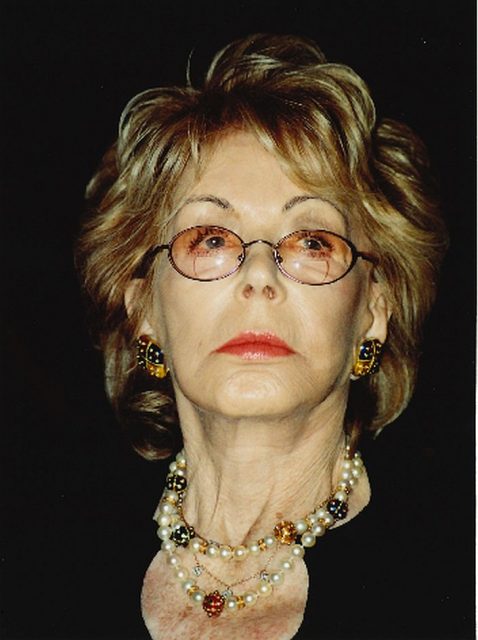 They married on May 29, 1954, and had two children. (Michael is Kirk’s son by his first marriage to actress Diana Dill.) Their son Eric passed away in 2004. In Kirk and Anne, Douglas shared that he had affairs with actresses like Rita Hayworth, Patricia Neal, and Joan Crawford’s daughter, Christina Crawford. “Kirk never tried to hide his dalliances from me,” Buydens said in the book. “As a European, I understood it was unrealistic to expect total fidelity in a marriage.” 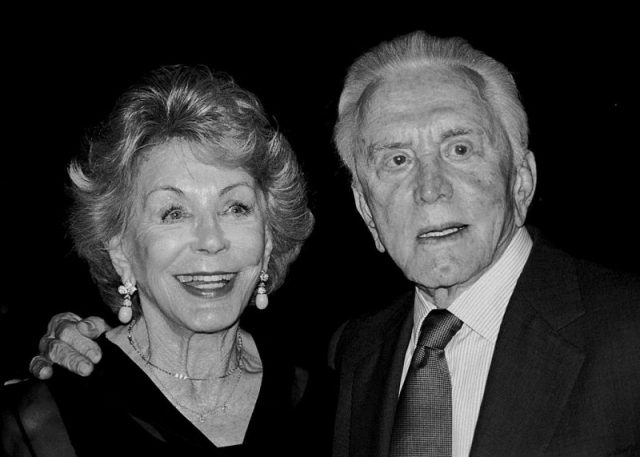 Anne Buydens is a well-respected philanthropist and art collector. She has a better sense of money than Kirk, both agree, starting with helping him see that his money manager in the 1950s was not doing a good job, they wrote in their memoir.

“So I’m going out with a man who’s poor?” she told USA Today was her reaction to finding out that her boyfriend, the famous actor Kirk Douglas, was nearly broke. She helped him change managers. Anne Buydens has been a member of the International Best Dressed List since the 1970s. 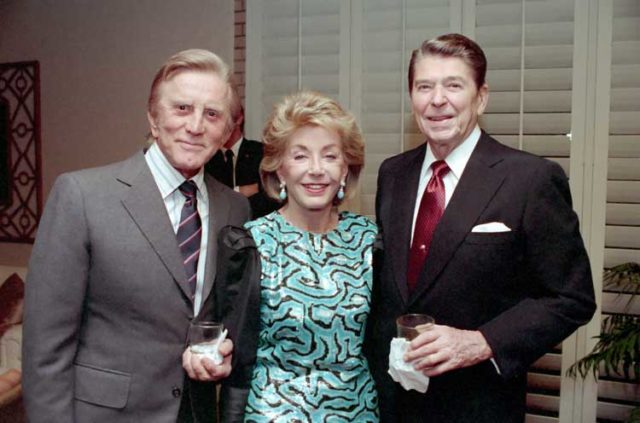 When they dated and then during their marriage, the two wrote each other heartfelt letters. In the USA Today interview, she said emails aren’t the same, and she has mixed feelings about technology. “I gave him the iPad for his 100th birthday,” she said. “Every night we always have our what we call ‘golden hour’ about 6, 6:30, until 7:15 pm, and then dinner. And during this golden time we each have our drink and used to talk about what happened during the day.”

Read another story from us: Kirk Douglas is Going Camping at the Age of 102

“Nowadays he takes his iPad that I gave him, I take my iPad and both look at CNN or something. And we don’t talk!” she lamented. For last year’s birthday for Kirk, the couple posed for photographs, Anne dressed in bright pink, sitting in wheelchairs side by side and holding hands.

« Modern Viking Mead Hall Opens in Seattle – Packed with Old Nordic Lore
Why does America Call it “Soccer” Instead of its Original Name “Football”? »