The world’s earliest known joke is rather crude. If there’s one thing that has united people across the centuries, it’s a good joke. Laughter is seen as a distinctly human quality, at least in terms of committing the funnies to print. But where do jokes come from, and what was the first gag recorded for the ages…?

Well, the earliest known rib-tickler appears to have been found in 2008, and dates back to around 1900 BC. A Sumerian tablet bears a crude inscription. Not only in terms of the ancient chiseling but also the words contained therein:

“Something which has never occurred since time immemorial – a young woman did not fart on her husband’s lap.” 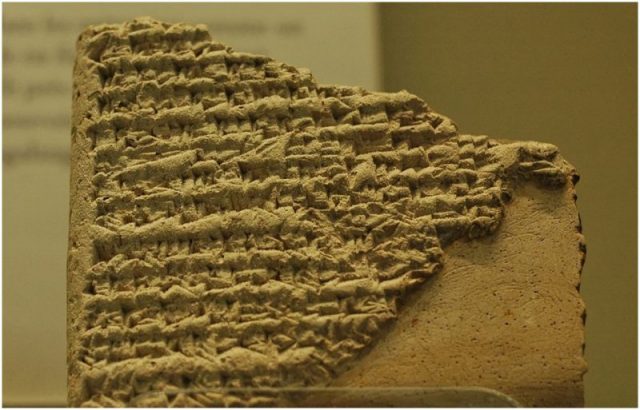 The implications of such an abrupt and natural act aren’t clear. But this and other historical gut busters were presented in a study by the University of Wolverhampton, via UK TV channel “Dave”. Dr. Paul McDonald, a lecturer at the uni, saw a common factor in this and other jokes quoted by Reuters, such as:

“What hangs at a man’s thigh and wants to poke the hole that it’s often poked before? Answer: A key.”

This was a 10th century laugh believed to be the oldest example of a British joke. According to McDonald, “What they all share… is a willingness to deal with taboos and a degree of rebellion.” So humor and gags are a great way for the population to blow off steam and poke fun at established conventions. As for the essence of laughter and where jokes emerged in the human timeline, that’s a more complex question.

The Westcar Papyrus, dating to c. 1600 BC, contains an example of one of the earliest surviving jokes. Photo by Keith Schengili-Roberts CC BY SA 3.0

A 2014 Guardian article written by historian Mary Beard took an in-depth look at the subject. It referred to the Ancient Roman Philogelos (‘Laughter Lover’), described as “a collection of wisecracks probably compiled in the fourth or fifth century AD… Containing some 260 short gags… it has come down to us in various, slightly different versions, painstakingly copied out by medieval monks.”

Late British comedian Jim Bowen (1937 – 2018) took to the stage with selected highlights from the Philogelos to perform for a modern audience. The crowd certainly approved, though it could say more about his deadpan delivery than finely-crafted material.

Of all the social characters depicted in the ancient joke book, a common butt is the “scholastikos” — a supposedly learned man who nevertheless can be somewhat dense with regards to everyday matters. Take this funny, for instance. “‘Doctor,’ says the patient, ‘whenever I get up from my sleep, for half an hour I feel dizzy, and then I’m all right.’ And the doctor says, ‘Get up half an hour later, then.’” 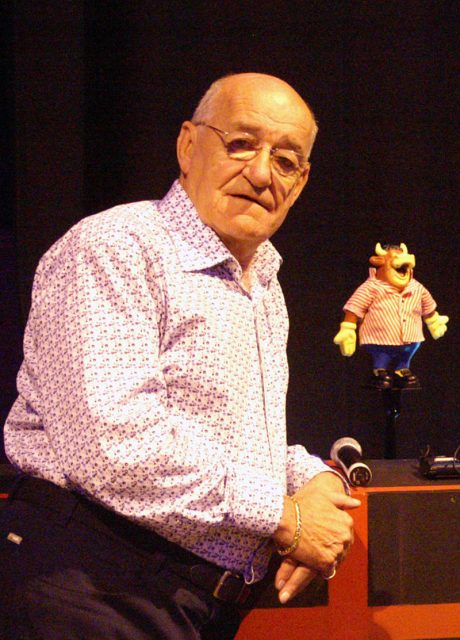 Other players in the comedic text range from “crooked fortune tellers and cowardly boxers to sharp-talkers, men with bad breath and – a predictable target in that culture – ‘oversexed women’,” writes Beard. All aspects and attitudes which exist today to certain degrees. If anything the Philogelos proves that human society has chuckled at the same type of thing for centuries.

In terms of offbeat material, some speculate a Roman joke is the ancestor of Monty Python’s famous “Parrot Sketch”. This one goes, “‘That slave you sold me died,’ a man complained to a scholastikos. ‘Goodness me,’ he replied, ‘he never did that when I owned him.’” It isn’t a million miles away from “This is an ex-parrot.” 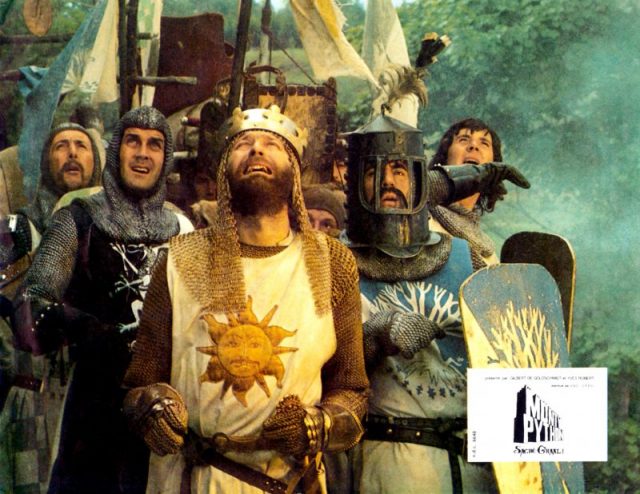 Ultimately it seems the presence of laughter is too long-standing to be identified simply from the fragments of history. “We have no real idea of who originally compiled it,” the article writes about the Philogelos, “still less why they did so.”

Theories about how the human funny bone developed stretch back to the Dawn of Mankind. “Modern evolutionary biologists” believe laughter can be traced “among the earliest humans back to the roars of triumph in the combat between primitive primates.”

Maybe somewhere there’s a joke painted on a cave wall that would make anyone spit out their coffee.

« The Transformation of Ted Dreisel into “Dr. Seuss” – Why did he Choose that Name?
After the Fire – Historic Buildings Gloriously Rebuilt After Devastating Fires »