He’s one of the most iconic figures of the fast food world, easily recognizable all over the globe, but Ronald McDonald, the red-headed clown we all know and love as the face of McDonald’s, actually has quite a strange and almost unnerving past in many ways.

There’s a lot the world doesn’t know about Ronald McDonald, from his interesting origins right up to modern calls for the character to be retired and removed altogether.

Countless people eat at McDonald’s each and every day, but few know the origin story of the company’s mascot. In actual fact, as told by The Joy Boys, the original clown associated with the Big Mac brand was Bozo. 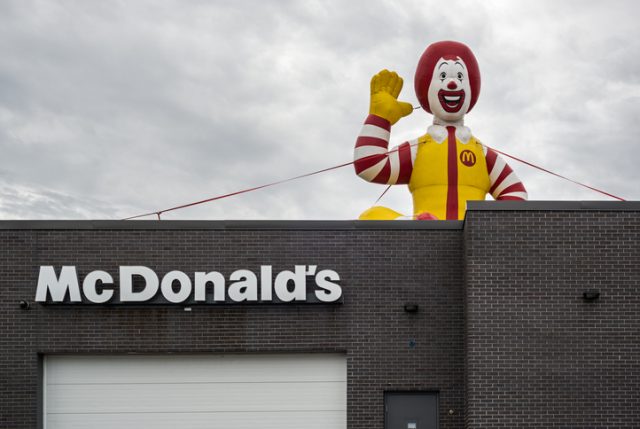 Bozo the Clown was a very popular children’s TV character and entertainer, especially in the 1960s. He was used to help sell more McDonald’s burgers at the time, but Bozo eventually went off the air and was swiftly replaced with a new yet familiar clown: Ronald McDonald.

At the beginning, the character of Ronald McDonald was only used for promotional purposes in the Washington DC area. He was created and portrayed by Willard Scott, who had also played Bozo. 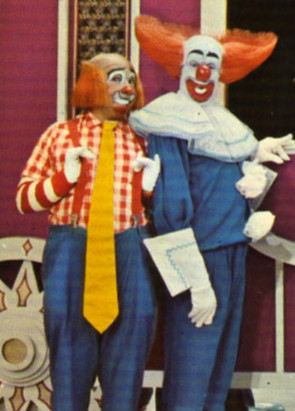 Tragically for Scott, when Ray Kroc, one of the higher-ups at McDonald’s, decided to make Ronald a national name, the actor and character creator was cast aside. He ended up getting no credit or royalties for creating such an iconic character, and had to wait until 2000 when a McDonald’s regional president finally issued a thank you.

And what about Grimace, the bizarre amorphous blob who serves as Ronald McDonald’s best buddy? Well, while modern-day Grimace is seen as quite a cute and friendly figure, the original character was actually known as Evil Grimace and was cast as Ronald’s arch-nemesis. 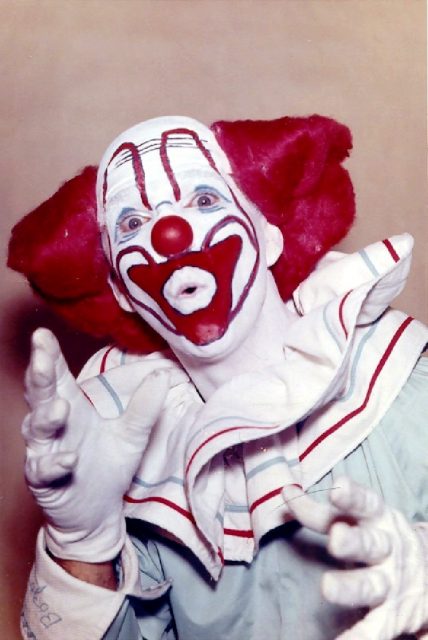 He also used to have arms, but the character creators quickly seemed to change their minds, slicing off a couple of Grimace’s arms in a redesign and rebranding him as a good guy.

The 1970s saw McDonald’s showing us a little more of Ronald’s backstory. Fans of the fast food franchise were introduced to McDonaldland. A trippy, colorful world with lots of psychedelic imagery, McDonaldland was filled with strange creations and all sorts of subliminal messages designed to encourage kids to crave more burgers and fries. McDonald’s originally introduced this fantasy-land in ads, but later developed short cartoon episodes and adventures set there.

McDonaldland was weird in many ways, but it was particularly offensive to two people in particular: Sid and Marty Krofft. The Kroffts are best-known as the creators of H.R. Pufnstuf, the popular kids’ TV show of the 70s. 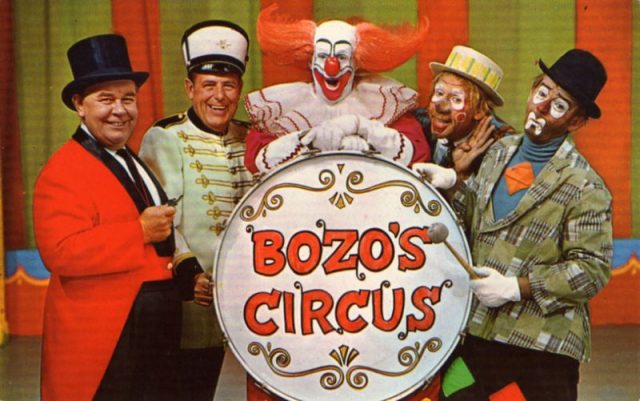 They were actually approached by McDonald’s to design McDonaldland, but McDonald’s later called the whole thing off. Then, just a short while later, they revealed McDonaldland, with some characters and designs that seemed to have been taken straight from the Kroffts. They sued McDonald’s and ended up with over a million dollars.

And that wasn’t the only lawsuit to be associated with Ronald McDonald over the years. In fact, as the Seattle Times reports, McDonald’s actually sued a restaurant called McDonald’s Family Restaurant in Illinois, which was actually owned by a man named Ronald McDonald. He’d opened his restaurant back in the 1950s, but McDonald’s got angry at the idea of someone using the same name.

In the end, the family restaurant won the battle against the fast food giant, and Ronald himself said that his customers didn’t like McDonald’s burgers anyway. 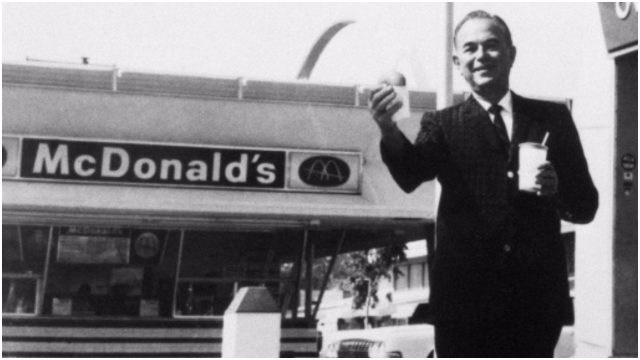 As times changed, so too did the many representations of Ronald McDonald. In the 1980s and 90s, as video games were starting to take off, McDonald’s actually got involved in the industry of Pac-Man and Super Mario, launching a few McDonald’s games of their own like McDonald’s Treasure Land Adventure for the Sega Genesis, and MC Kids.

The weirdest of all, however, was the Japan-only release entitled Donald Land, in which Ronald has to battle hordes of evil beasts and a clown to save his brainwashed buddies. 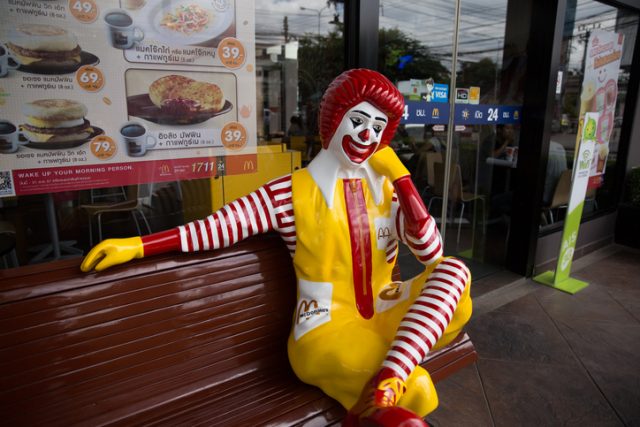 Bangkok, Thailand – McDonald’s restaurant has operated in Thailand since 1985

The games weren’t great, but they were nothing compared to Ronald’s cinematic exploits in the dreadful 1988 release, Mac and Me. Widely considered one of the worst films ever made, Mac and Me is a shameless rip-off of Steven Spielberg’s ET the Extra-Terrestrial, filled up with McDonald’s and Coca-Cola product placement. It received awful reviews and has been relegated to bargain bins and dusty corners around the world.

And now, in the modern era, fans have started to notice that Ronald McDonald has started appearing less and less. His poor showings in movies and games may have played their part, but recent events like people dressing up as scary clowns to terrify kids at Halloween, as well as the rise in public awareness about the dangers of fast food and its links to obesity in children, have also forced Ronald to take a backseat.It remains to be seen if he’ll make any kind of comeback in years to come or go the way of Bozo and become a relic of the past.