The Mystery of the Three Faced Painter

History has seen talented artists like Da Vinci, Van Gogh, and Picasso. But how are lesser artists meant to measure up? Especially if the world has seen only one of their paintings?

Johannes Gumpp was an Austrian painter who, in 1646, painted his own self-portrait. There are no other noteworthy works by him. There seem to be no other works by him at all. For some reason, his self-portrait is the only proof of his career.

The reason it is so remarkable is because of how different it is: not just in its aesthetic, but in its content. 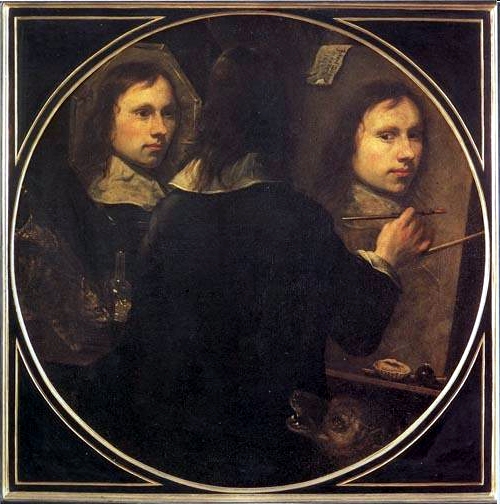 Aesthetically, it’s shocking — the self-portrait contains three heads. Content-wise, there are profound observations to be made.

In order to create a self-portrait, an artist needs to see himself. In order to see himself, he needs a mirror. Artisans in Venice perfected the method of making glass mirrors in the previous century, meaning that by Gumpp’s time, he’d have had access to a perfectly detailed reflection of himself. There are two questions that concern this mirror, however.

Firstly, how did he afford it? At the end of the 1600s, mirrors were such expensive luxuries that the Countess de Fiesque allegedly traded an entire farm for just one.

Secondly, why did he include the mirror itself in the painting? Usually, when working on a self-portrait, an artist looks into the mirror and paints what he sees: himself and the surrounding still life. Until modern times when the technique was made popular by artists like Norman Rockwell, it was rare if not unheard of to paint the actual mirror itself into the work of art. 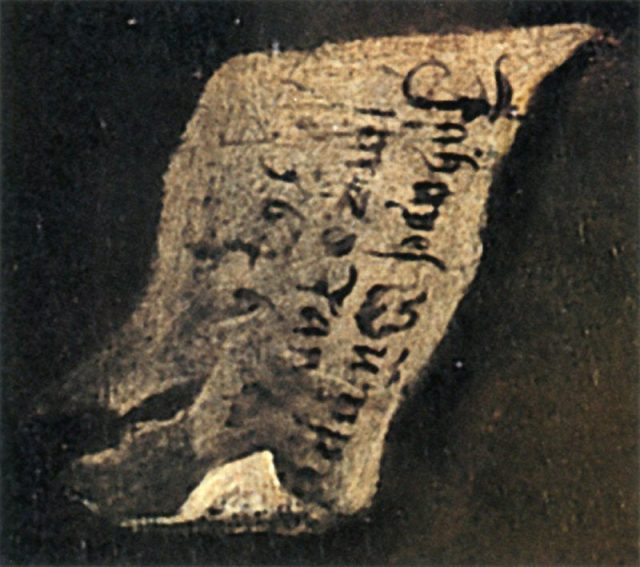 Gumpp’s curious style doesn’t end there, though. The face of the artist in the painting is not visible as his back is turned. Next to his body, Gumpp didn’t just paint the mirror he had looked into for the sake of creating his self-portrait, but he painted the self-portrait itself! His face is duplicated in both the painting’s mirror and the painting’s canvas. In total, there are three Gumpps. 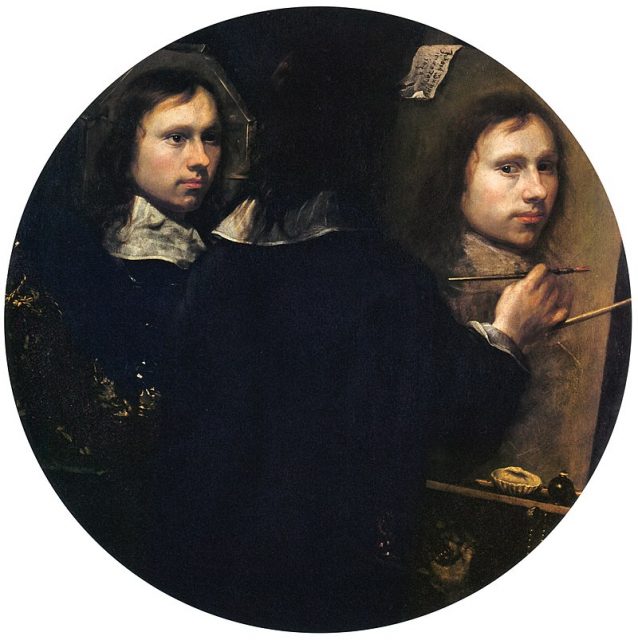 Even more interesting is that below each of his faces are two animals: a cat, positioned below the mirror, and a dog, positioned below the painting. There are three Gumpps in the self-portrait and there are three living beings in the self-portrait. While Gumpp’s two faces seem serene and unemotional, the two animals are clearly agitated, warring with each other. Could there be any significance behind these representations?

Yet another question that arises is: where are they looking? Rather, why are they looking in those directions? It is obvious that the Gumpp in the mirror is looking back at the faceless body of the artist. What’s not so obvious is where the Gumpp on the canvas is looking. To hazard a guess, it seems like Gummp’s face on the canvas is looking out of the painting, out of the self-portrait, and at the viewer. Why is the portrait looking ahead? Why not the artist?

Unfortunately, these are questions that will never be answered and mystery will forever surround the painter and his self-portrait.

Read another story from us: The Models For “American Gothic” Were The Painter’s Sister And Their Dentist

Born in Innsbruck in 1626, Gumpp was the son of an architect. The whole family was employed in the arts for centuries. That’s all that’s known about the family, though. There’s no proof of how he made a living, nor where his life’s work may have gone. All that’s known is that he created this singular piece that still amuses and confounds historians and art appreciators alike.