The Worst Century in History to be Alive

What was the worst century to be alive? While the 24-hour news cycle has modern times looking pretty grim, the tough times for many that is currently plaguing the world is nothing new. Centuries have passed with even more cataclysmic events with the 17th staking its claim for worst ever century.

100 years in particular, however, seem to take the cake where misery is concerned. In the ‘50s, Eric Hobsbawm coined the term “The Crisis of the Seventeenth Century.”

The word “crisis” seems to be putting it lightly, though, based on the following overview of a mere fraction of the unrest in possibly the worst century in world history to be alive. 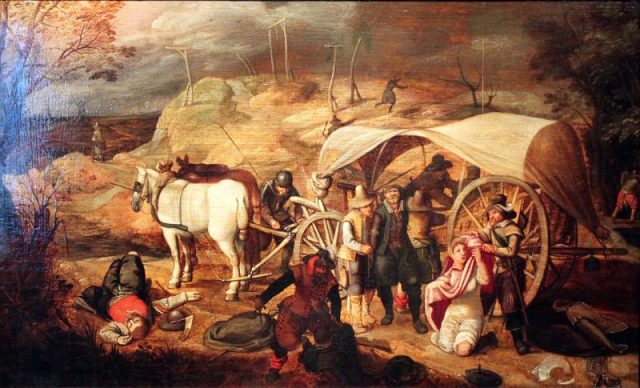 The election of the new emperor Ferdinand II and his subsequent enforcement of Roman Catholicism caused unrest throughout the empire. Northern Protestants fought southern Catholics and both parties managed to rope in Sweden, the Netherlands, France, Denmark, Norway, England, the Ottoman Empire, Spain and the Russian Empire – which at the time was experiencing one of the worst famines in its history 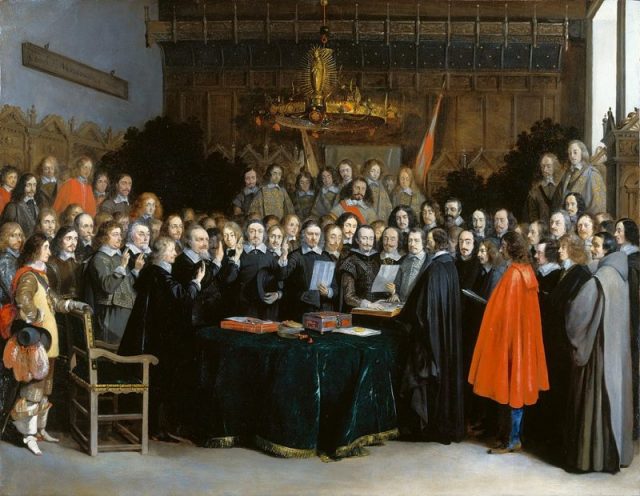 The Ratification of the Treaty of Münster by Gerard ter Borch, 1648

In 1648, the Peace of Westphalia was barely beneficial to any party that was involved in the fighting, but at least it brought peace. Aside from vast loss of life, most kingdoms were left bankrupt. 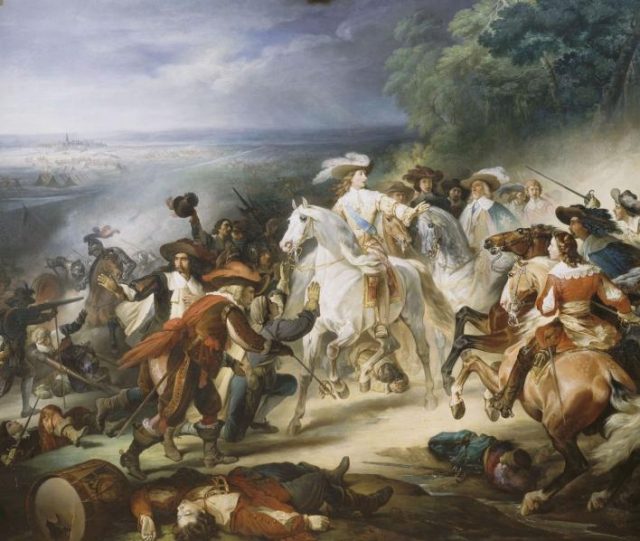 The Battle of Rocroi by François Joseph Heim, Palace of Versailles collection

A spin-off of the Thirty Years War took place on the Iberian Peninsula, where France incited the Franco-Spanish War which lasted for 25 years.

By the end, France had annexed a bit of land around the Pyrenees, but in 1659 the two countries signed a peace treaty which, just as with the Thirty Years War, didn’t seem to make up for the 300,000 lives lost.

… While Others Were Going On 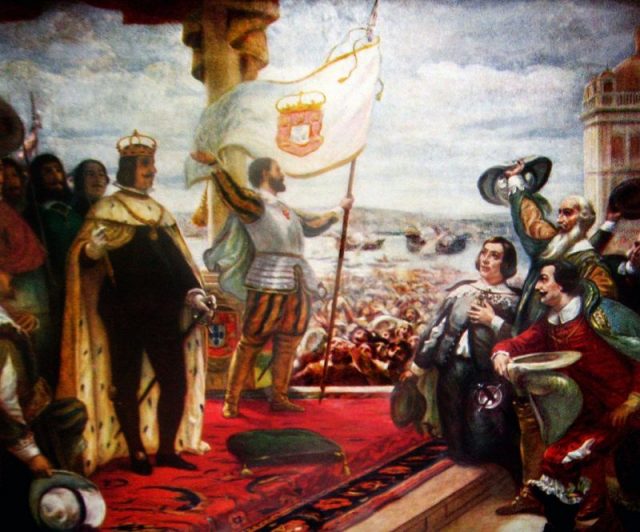 During this time, Spain was fighting on two fronts. The empire was also occupied with the Portuguese Restoration War, or the Acclamation War. For almost 30 years, from 1640 to 1668, the Spanish wanted to prevent Portugal from seceding from the empire.

Though fighting wasn’t continuous, the two sides managed to drag allies into the war — when all the European powers weren’t too busy fighting each other elsewhere. In the end, the Portuguese monarchy was recognized as an independent nation.

… And Even More Came About 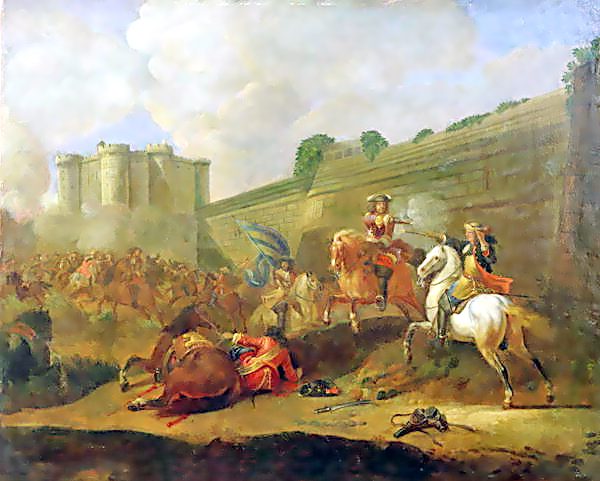 After battling against the Holy Roman Empire and the Spanish in the wars already mentioned, France underwent a series of internal conflicts. Civil wars, collectively called the Fronde, broke out from 1648 to 1653.

Unrest began with higher taxes and was exacerbated by the king’s attempt to directly control the military who had become used to a certain autonomy during the Thirty Years War.

The Civil War was broken down into two periods: the first led by Parliamentarians against the king’s rule, the second led by upset, power-hungry nobles. To sum up the results of the Fronde, Louis XIV reigned as king until his end in 1715. 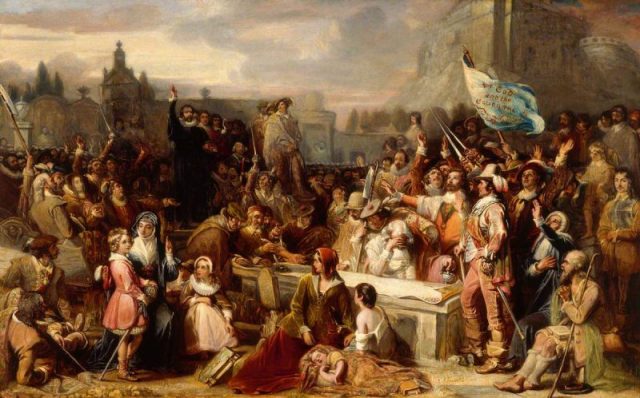 Painting by William Allan (1782–1850) of the signing of the National Covenant in Greyfriars Kirkyard, Edinburgh

To top it all off, the all-powerful British Isles suffered successive rebellions and civil wars throughout the early 17th century. Without going into exhaustive detail, Scotland endured the Bishops War, which had risen from religious dispute, and eventually kicked off the War of Three Kingdoms.

The latter included the Irish Rebellion of 1641, the Irish Confederate Wars, and three English Civil Wars. While the Irish spent 11 years attempting to get rid of English and Protestant rule in their Catholic lands (to no avail), the English succeeded in getting rid of their King, executing Charles I and exiling his son. They established the Commonwealth of England under Oliver Cromwell which only lasted a decade, after which Charles II was restored to the throne.

And Then There was the Plague

The 17th century saw devastating outbreaks of Plague as well. It claimed arond 1.7 million victims in Italy, or about 14% of the population. In 1656, it took the lives of nearly half of Naples’ 300,000 inhabitants. More than 1.25 million fatalities occurred in Spain, hitting Seville the hardest which also lost half of its population.

Great Britain also felt its share of Plague pandemonium with the Great Plague of London of 1665-1666. It was the last major outbreak of Plague in the British Isles and claimed over 100,000 people, almost a quarter of London’s population, in only 18 months.

Europe wasn’t the only continent suffering massive losses through large-scale warfare. Across the Mediterranean, in northern Africa, the tribes of what is modern day Mauritania and Western Sahara fought each other from 1644 to 1674.

The Sanhadja Berber tribes had to protect their lands from the invading forces of the Maqil Arab who wanted to gain access to Senegal and Mali. Establishing dominance, the Maqil demanded tribute from the Sanhadja in return for protection (which they didn’t actually provide). As a result, war officially broke out in 1673, when the Sanhadja tried to oust the Arab forces. 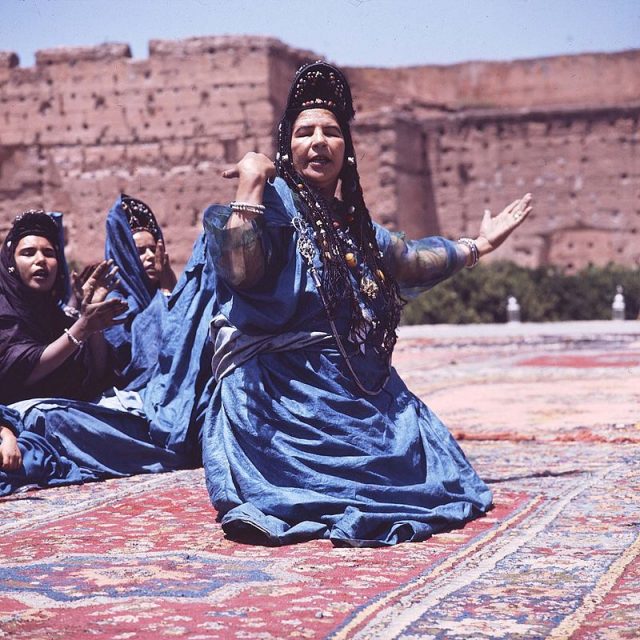 Unfortunately, they were not successful and the Berber tribes were defeated. The Maqil victory encouraged widespread Arab takeover of the northwest of Africa. They would remain the primary power in the region until the French began to colonize the continent. 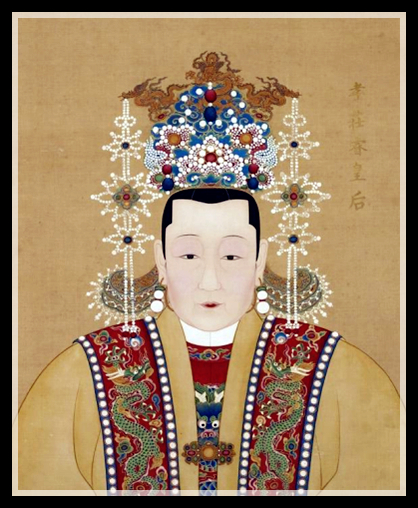 In China in 1618, a chieftain from the Aisin Gioro clan authorized a manifesto, The Seven Grievances, against the imperial Ming dynasty. While peasant uprisings were already popping up like wildfire, the Chinese fought insurrectionary political forces. For over 40 years the empire suffered from active rebellion.

Eventually, the Ming were overthrown and, in 1636, the Qing dynasty took control. Reasons for the Ming’s downfall included waning relationships between the royalty and the military, as well as natural disasters. The Little Ice Age had devastating effects in Asia, dropping temperatures considerably and causing many disastrous typhoons throughout the revolt.

Japan Kept Out of It 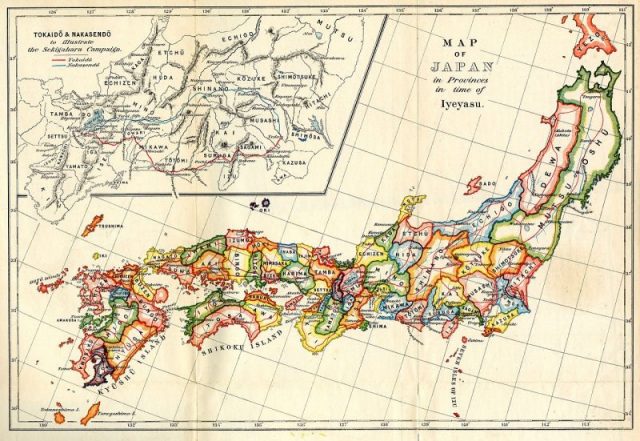 Though their isolationist policies set the country back in comparison with the rest of the modern world, the Crisis of the Seventeenth Century is one justification that their adoption of Sakoku benefited Japan in the long run.

The Tokugawa shogunate began to introduce their closed door policies in 1633, isolating the archipelago from the rest of the world for over 200 years. While they had their own interior problems to combat, like the Shimabara Uprising and the attempted coup d’état during the Keian era, Japan luckily missed out on some more fatalistic world events. 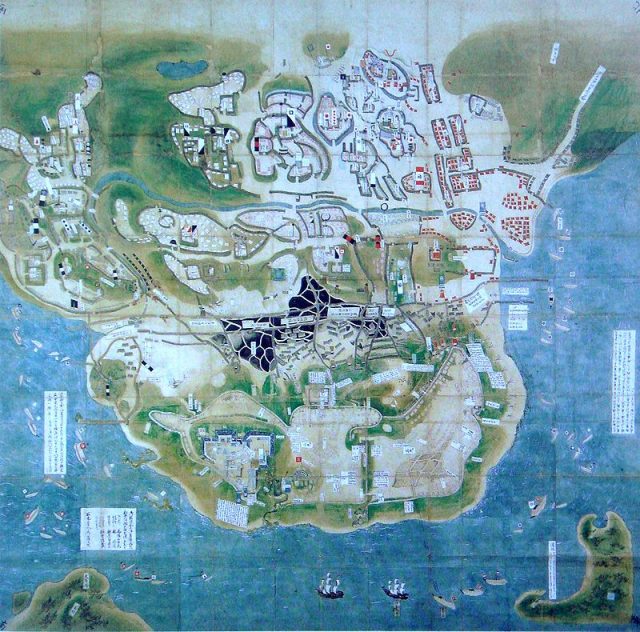 The list goes on from there. In the beginning of the century, the Mughal Empire of India underwent several wars of succession; the Ottoman Empire squashed a number of revolts; Russia fought Poland over Lithuania for 13 years, then Sweden for five; the Nine Years War once again encompassed all major European forces; and England saw a second overthrow of its king in the Glorious Revolution.

Read another story from us: Laxatives Used on The Lewis & Clark Expedition Help Scientists Reconstruct The Journey

The century is capped off by the War of Spanish Succession which lasted for 13 years and crippled the Spanish empire indefinitely. Hobsbawm wasn’t understating when he called the 17th century a “crisis.”