The Katskhi Pillar – The Most Isolated Church in the World

Although it’s not uncommon to hear stories of people who live a solemn life of solitude away from the world, whenever these stories are reported, people are fascinated and awestruck.

For most of us, such a concept is far removed from our normal life. Such was the case when news of a monk living alone on top of a giant rock in Georgia broke out.

In the western-Georgian region of Imereti lays Katskhi, a tiny village which happens to be home to the Katshki Pillar — a huge natural limestone column that rises 130 feet into the air.

Perched on the top is a church and three hermit cells, accessible only by climbing a precarious steel ladder. 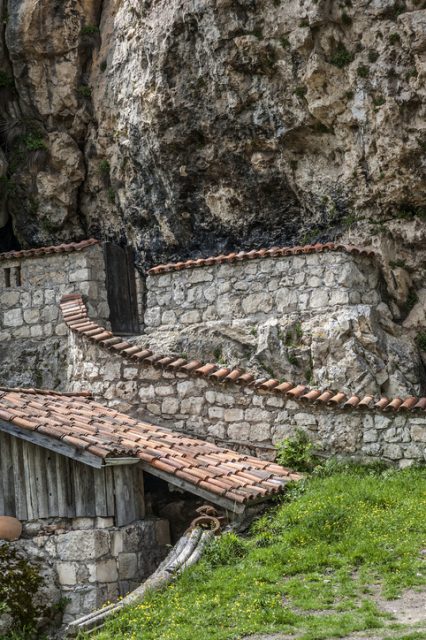 Monastery near the village of Katskhi, Georgia. The church and the abbot ‘s cell on top of a rocky column.

The rock was used by Stylites from at least the 9th century up until the Ottoman invasion in the 15th century.

The Stylites are a group of Christian ascetics who chose to follow the example of Saint Simeon Stylites the Elder, spending their days living in solitude on top of pillars in order to become spiritually closer to God.

In 1993, the Stylite tradition at Katskhi was revived by a monk named Maxime Qavtaradze. 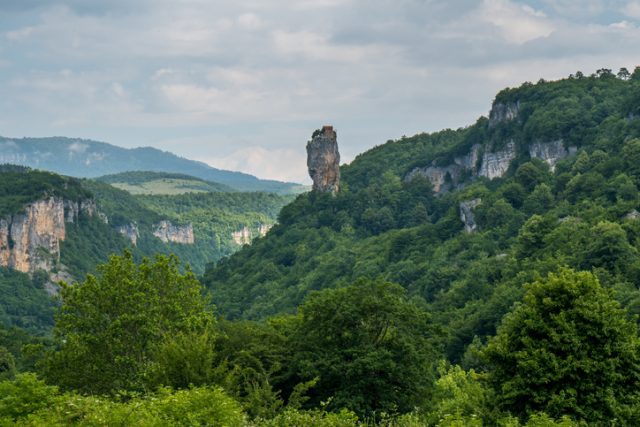 Man’s monastery near the village of Katskhi, Imereti, Georgia

After being abandoned and shrouded in legend for 500 years, the rock was scaled in 1944 by a Georgian mountaineer named Alexander Japaridze.

Upon reaching the top, Japaridze found the dilapidated remains of an old church as well as the centuries-old bones of the last Christian ascetic who resided there, reports the Daily Mail.

Climbers also came across a slew of other structures, including a wine cellar, a curtain wall, a stone crypt, and three hermit cells. The church was built to honor Maximus the Confessor, a famous Christian monk and theologian. 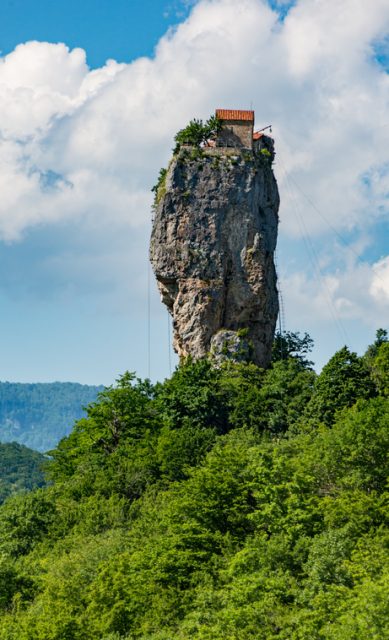 St. Maximus the Confessor’s church is located in the southeast sector of the pillar. The structure is fairly small, measuring just 12 x 15 feet.

When excavations were carried out, the group also uncovered eight large containers known as kvevris which are used to hold traditional Georgian wine. 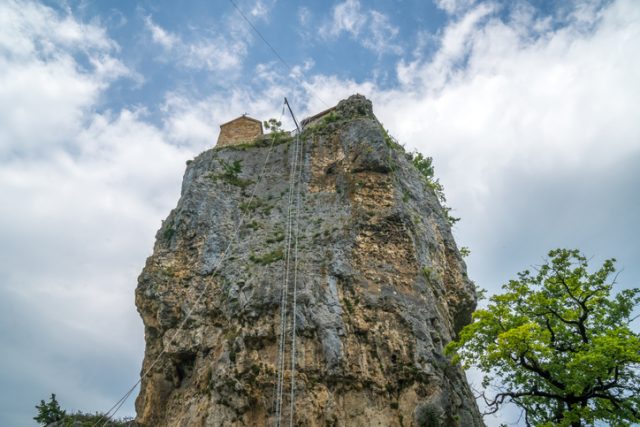 In a subsequent ascent up the rock in 2006, the presence of the kvevris along with the construction of a wine cellar provided researchers with enough evidence to conclude that extreme asceticism was a common practice for those who resided there long ago.

This would make it the third time in recent history that the rock has been examined by experts hoping to uncover more about its history. 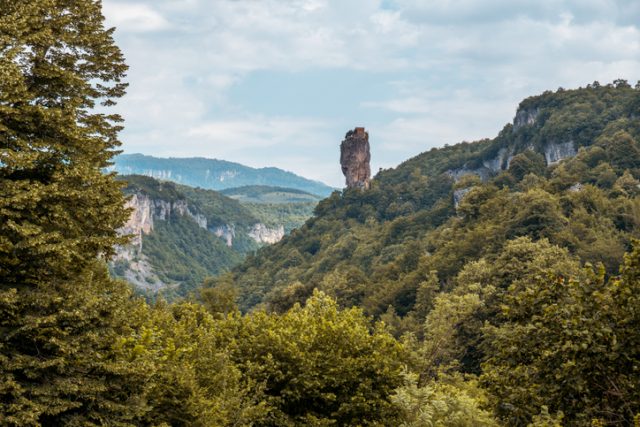 The Katskhi pillar in Imereti, Georgia. The orthodox church can be seen high on the rocky cliff.

At present, the rock is inhabited by Maxime Qavtaradze, a middle-aged monk who made the abandoned spiritual dwelling his home in 1993.

In a rare interview in 2013, Qavtaradze told photographer Amos Chapple that making the decision to live at Katshki Pillar was borne from a much-needed change in his personal life.

He explained that after being released from jail on drug-related charges, he felt that the best way to connect with God and purge himself of evil was to meditate up on the Kayshki Pillar, reports CNN. 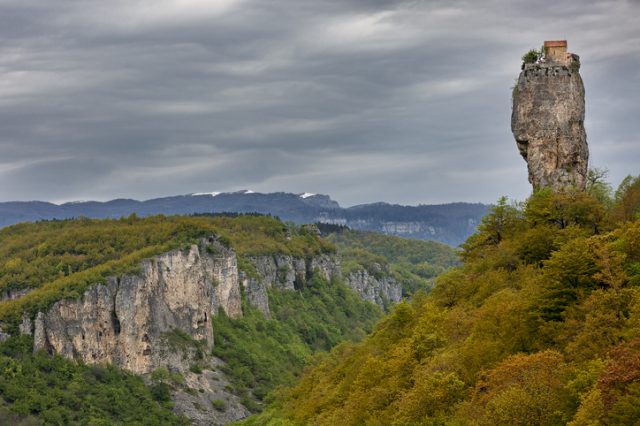 Monolithic limestone natural rock formation known as Katskhi Pillar with a monk’s cell on the top, in Georgia.

“It is up here in the silence that you can feel God’s presence,” he claims. For him, living in isolation is the right way to establish a genuine, uninterrupted connection with God.

That said, he does come down the mountain periodically to pray together with men who live in the monastery at the bottom of the pillar — a climb that takes him around 20 minutes, according to the Daily Mail.

His efforts are supported by the men in the monastery, who send him food and other supplies via a winch.

Read another story from us: The Petrifying Well That Turns Objects into Stone

Maxime has no regrets about deciding to live his life in borderline isolation. Although climbing a 130 foot ladder does pose its challenges to Maxime’s middle-aged frame, he told Chapple that he’ll continue to make the journey until his body gives up.