New Study on the Origin of Gold has Astronomers Excited

In recent years scientists have concluded that the origin of gold was the product of an ancient, explosive cosmic event. If you wear a gold ring, there’s a good chance that what you see when it gleams on your finger comes courtesy of a cosmic explosion that happened about 4.6 billion years ago.

That’s what two astrophysicists said in a new paper published in Nature in May 2019, which supports the theory that a binary neutron star merger brought to Earth elements such as gold and platinum. While the relatively rare element has been cherished by mankind since at least the 2nd century BC in fragmentary records, the origin of gold was a mystery until the 21st century. 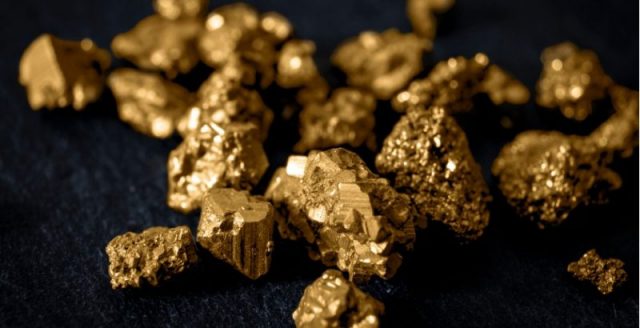 Astrophysicists Szabolcs Marka at Columbia University and Imre Bartos at the University of Florida said in their study that the collision produced 0.3 percent of Earth’s heaviest metals — including gold, platinum, and uranium.

Two gold bracelets from the Hoxne Hoard, in the British Museum. Photo by Fæ CC BY-SA 3.0

“This means that in each of us we would find an eyelash worth of these elements, mostly in the form of iodine, which is essential to life,” Bartos said in a statement released to the media. “A wedding ring, which expresses a deep human connection, is also a connection to our cosmic past predating humanity and the formation of Earth itself, with about 10 milligrams of it likely having formed 4.6 billion years ago.”

This collision is thought to have happened about 100 million years before the Earth was formed, seeding the solar system with the elements.

“All the atoms in your wedding band, in the pharaoh’s treasures and the bombs that destroyed Hiroshima and still threaten us all, so the story goes, have been formed in cosmic gong shows that reverberated across the heavens,” according to the New York Times. 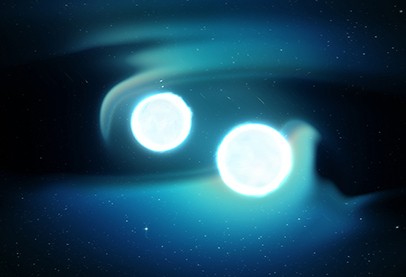 “It’s the greatest fireworks show in the universe,” David Reitze of the California Institute of Technology and the executive director of the Laser Interferometer Gravitational-Wave Observatory, or LIGO, told the Times.

It was an explosion in 2017 that led many astrophysicists to support this conclusion. On the morning of August 17th, “a ripple in space passed through our planet,” said EarthSky. “It was detected by the LIGO and Virgo gravitational wave detectors. This cosmic disturbance came from a pair of city-sized neutron stars colliding at one third the speed of light.”

Astronomers around the world seized their telescopes in response. What they saw less than 24 hours later was the birth of a brand new star, a kilonova, in a galaxy called NGC 4993, which is some 130 million light years away from Earth.

“On August 17, 2017, the Laser Interferometer Gravitational-wave Observatory detected gravitational waves from a neutron star collision. Within 12 hours, observatories had identified the source of the event within the galaxy NGC 4993, shown in this Hubble Space Telescope image, and located an associated stellar flare called a kilonova (box). Inset: Hubble observed the kilonova fade over the course of six days.”

They also spotted a golden glow. “The spectrum of the kilonova contained the fingerprints of the heaviest elements in the universe,” said Earth Sky. “Its light carried the telltale signature of the neutron-star material decaying into platinum, gold and other so-called ‘r-process elements.’ ”

When studying the fireball, astronomers came to the conclusion that it created a cloud of gold dust that was many times more massive than the Earth.

In their work, Bartos and Marka compared the composition of meteorites to simulations of the Milky Way. They found that a single collision could have occurred about 100 million years before the formation of Earth, some 1,000 light years from the gas cloud that formed our Solar System.

Read another story from us: Universe’s First Ever Molecule Observed in Space for the First Time

“Our results address a fundamental quest of humanity: Where did we come from and where are we going?” Marka said. No doubt the origin of gold has played a huge factor in the ensuing history of humanity.