Website Reveals if Anything Grim Happened in Your Home

Finding out the history of a house for many is a crucial part of the buying process, no matter how morbid it may be. While moving into a house can be a happy occasion, it’s also one full of pitfalls. The new owner could find dry rot in the basement, or uncover dangerous shortcuts made by lazy builders. Or there could be something equally unsavory and even ghastly lurking in the property’s past.

Many people lack the time and resources to investigate the history of a house during previous years and decades. Some don’t care, but news of an attention-grabbing death can shake even the hardiest homeowner. With a reported 4.5 million American homes falling into this chilling category, such information is worth obtaining. 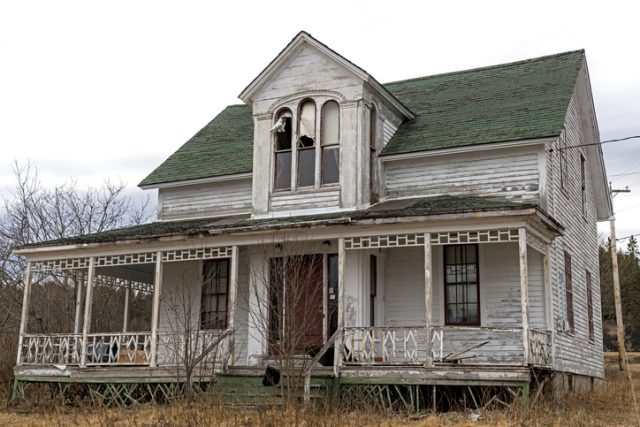 That’s why Roy Condrey decided to start Died In House (referred to from now on as DIH), a website described as “the first of its kind”. A unique online database, it enables users to see if anything involving the Grim Reaper took place within its walls.

The site states that it “provides users with death records associated to a specific address. The system instantly searches over 118 million records and that number continues to grow daily.” Sources used include police and news reports. How much does it all cost? The relatively low price of $12. Not bad considering a buyer is about to shell out thousands.

For Condrey, it all started with a close encounter of the grim kind. Quoted in The Independent from 2015, he revealed that something macabre had occurred at his house prior to moving in. An important detail that he was surprised to find hadn’t been mentioned.

“I assumed it was part of the disclosure process, but unfortunately found out that it was not,” he said, going on to warn that “most states do not have any laws to disclose a death occurrence in a property no matter how it occurred … there is not a single place to go”. Add to this the fact that “the research is very time consuming” and it’s easy to see why DIH might be needed to take the strain for nervous house hunters.

Currently the site only covers the States, something Condrey is keen to address, so to speak. It’s also limited by modern technology — records only began to be digitized in the 1980s, so there’s still a lot of ground to be covered by the service.

The site is a godsend for those of a nervous disposition who don’t like the thought of a restless spirit roaming around their personal space. And people in their existing place who hate things going bump in the night can confirm their spooky suspicions by logging on for a comprehensive report. Should buyer’s concerns be a little closer to reality, DIH provides that information too.

How accurate are the site’s algorithms? Forbes took up the challenge and did some digging around the cyber foundations. They searched five addresses in the database and found it accurately gave information about an illegal lab at a house in Ohio, the infamous events at the Amityville House and detailed ownership records of a New York office building. 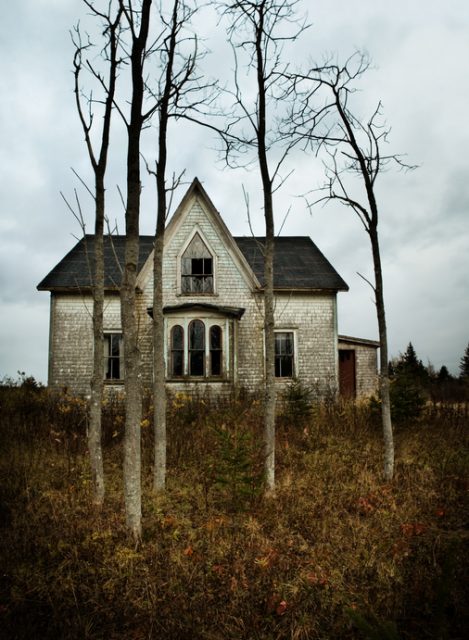 Whether the issue is supernatural or just plain sinister, there are consequences that anyone could relate to… financial ones. Property prices take a definite hit from the news of something unpleasant happening under the roof. The selling price can be affected by as much as 30 percent. DIH provides reassurance for both mind and wallet.

Read another story from us: Ghosts In Haunted Houses Might Be Caused By Carbon Monoxide Leaks

In an age where houses have to be free of clutter and spotless before the estate agent even arrives, learning about the history of a house, however grim it might be, could be the next vital stage of prepping a place for market. Those that fail to get ahead of a shocking discovery may pay the price in dollars when contracts are exchanged.