The punt gun is so big it doesn’t even look real. Like something out of a fantasy movie. But it was a product of its time and place. North America in the 19th century witnessed the birth of many inventions. Among them are the telegraph by Samuel Morse in 1843, barbed wire by Lucien Smith in 1867, or the telephone by Alexander Graham Bell in 1876. But while all these had remarkable impacts on society, they do not stand out as much as the punt gun, one of the most peculiar inventions of its time.

In the early days of the 19th century, North America experienced a massive increase in demand for duck-related products. With the constant increase in population came a greater need for food. Duck hunting had always been a common practice, and was therefore an easy answer to the food shortage, as reported by Rare Historical Photos. 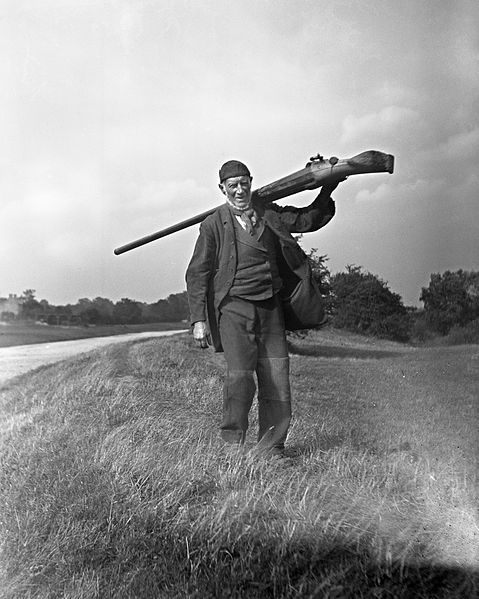 Fashion trends also dictated this tendency. Fur trade had always been an important part of the economy of this region of the world, especially regarding beaver furs. But by the mid-1800s feathers had become trendy accessories on women’s hats. As a result, more hunters looked at different ways to get more waterfowl and make more profits from these tendencies on the market. 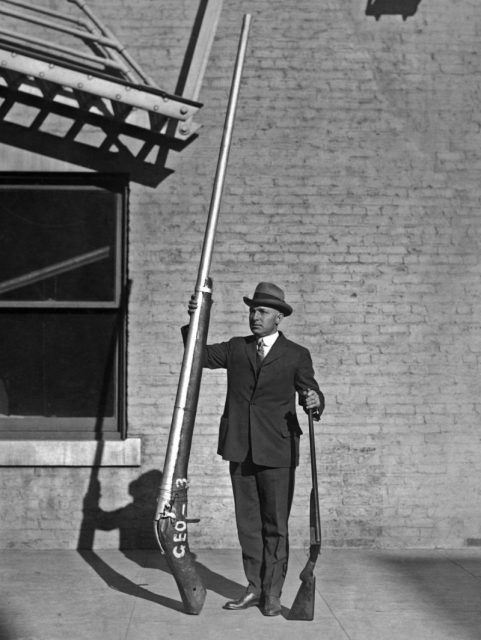 Chief United States Game Warden George A. Lawyer, with a 10’9″ punt gun weighing 250 pounds, which was used for duck hunting. 1920.

That is when the punt gun came to be. This gigantic machine was made specifically to down as many birds as possible at once, increasing productivity and making the job of hunters much easier. It was extremely impressive, and just as powerful. The typical punt gun was over eight feet long, with a bore diameter of more than two inches, and they were usually custom built. It could fire over a pound of ammunition, which could in turn incapacitate over 50 birds with only one shot. 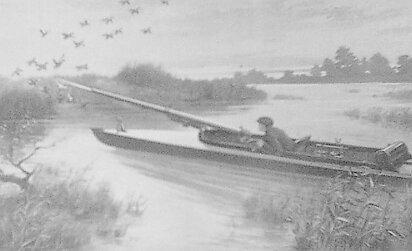 Duck hunting with a punt gun

The name punt gun comes from the way they were used. Because of how massive the gun and its recoil were, hunters could only use them from directly mounted on small square boats known as punts. As a flock of ducks would swim by the hunters, they would pull the trigger and spend the rest of the day picking up carcasses

Punt guns were usually fixed to boats. According to Mashable, the recoil was in fact so large, it could make the boat travel across the pool or lake. Hunters worked in groups of eight to ten boats, circling around an entire flock of waterfowl. They would fire at once, which could result in around 500 birds in under a minute. 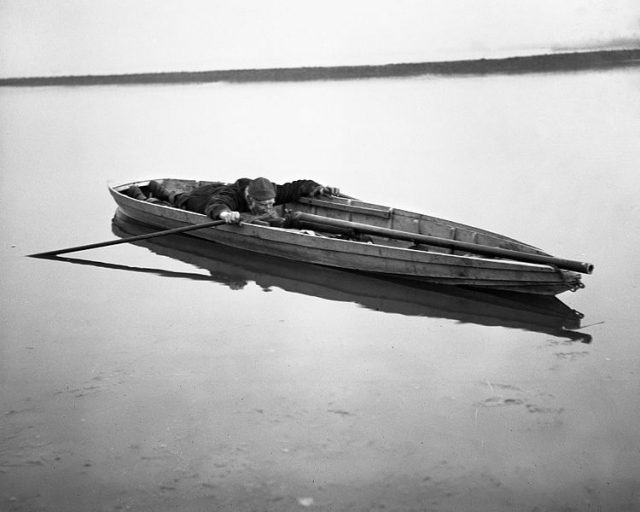 A punt gun fixed to a boat

In the second half of the 19th century, the United States grew more and more concerned with wildlife conservation and natural preservation. As mentioned before, the country’s economy was strongly supported by the fur trade and market hunting. For instance, according to EconomicHistory.com, the demand for beaver pelts, the most coveted item on the fur market, went from 69,500 in 1700 to 300,000 in 1730 in England alone. 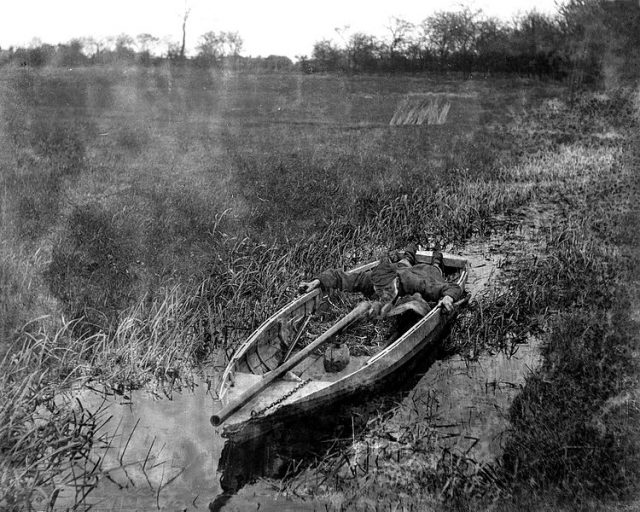 Hunting with a punt gun on a boat

Under the impulse of people like John Muir, known as the “Father of the National Park System,” the United States started its effort to preserve its wildlife, as reported by PBS. In 1872, President Ulysses S. Grant signed a bill making Yellowstone the first national park of the United States. Other American leaders, especially president Theodore Roosevelt, were passionate conservationists. 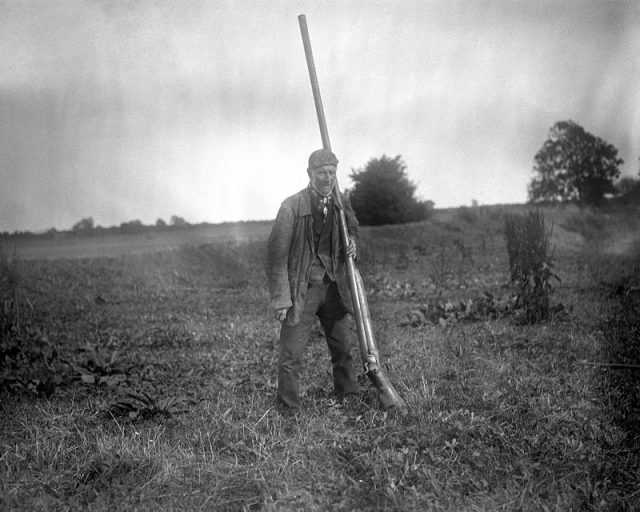 Because of the impressive scale at which hunters were able to get waterfowl over the 19th century, the duck population in the United States dropped dramatically, resulting in concerns over the effect of market hunting on the ecosystem. State governments across the U.S. started to regulate the market hunting practice more, in the face of the growing conservationist movement. As early as the 1860s, many states had already banned the use of punt guns.

Related Video: Take a look at a Bazooka!

In 1900, the passing of the Lacey Act banned wildlife trading across state lines. Other federal laws followed, most notably the Migratory Bird Treaty Act of 1918. These laws effectively ended the practice of market hunting, and at the same time put an end to the use of punt guns.

Related Article: These Peculiar Aztec ‘Swords’ Struck Fear Into the Hearts of the Conquistadors

Punt guns are a testimony of the important place that market hunting – and wildlife trading in general – used to have in North America. Its impressive size indeed shows how profitable duck hunting was for hunters to use such a massive instrument, and can compare to the importance that fur trading and hunting held during the 19th century.