A gate dating to the 10th century B.C. in the time of King David has been discovered by archaeologists after 32 years of excavation in the Golan Heights’ Jordan Park.

The excavation took place where the ancient city of Bethsaida is thought to have existed.  Bethsaida was the Biblical hometown of the apostles Peter and Andrew and is also the Biblical location of where Jesus healed a blind man in the book of Mark. Around 1,000 years earlier, King David would have passed through this gate to marry the princess of Bethsaida, or Geshur, as the city was called during the Israelite period.

The newly discovered gate is close to a city wall, which a team discovered last year and identified as the gate to the ancient city of Zer.  The site is on a rocky hill that overlooks a valley and the Sea of Galilee. Not much remains of the gate, only a few dressed stones, but it is believed to be an entrance to the city. 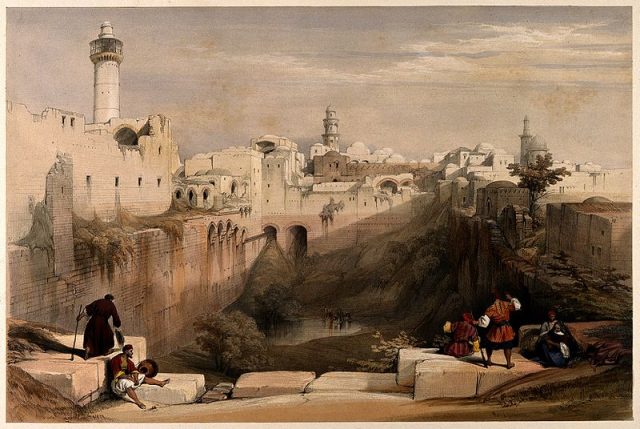 The Pool of Bethesda, Jerusalem. Photo courtesy of Wellcome Images CC BY 4.0

The Jerusalem Post reports, “According to Professor Rami Arav of the University of Nebraska, chief archaeologist overseeing the excavations, the gate and further findings found within the ancient city give the notion that it was possible that Solomon and David might not have been the sole kings of the Israelite kingdom at their respective times, but instead chieftains of large tribes of Israelites.” 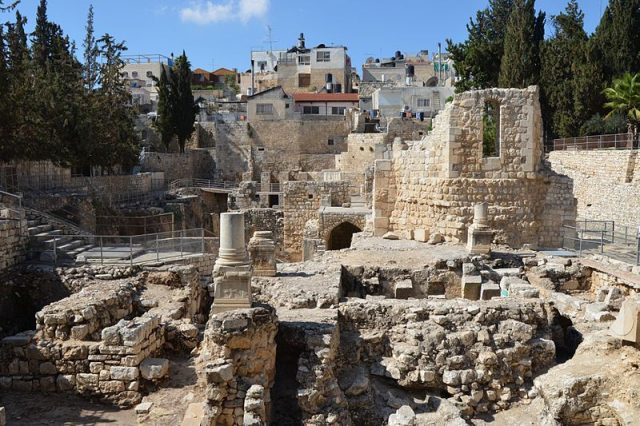 Excavations at the Pool of Bethesda showing the ruins of the Temple of Serapis with a column from an early Christian church, Aelia Capitolina. Photo byCarole Raddato CC BY-SA 2.0

Another relevant find was a 3,000-year-old monument, or “stele,” of a pagan idol. It was discovered by a team that included Dr. Chris Sinkinson of The Christian Institute.

Experts from around the world have been involved in the decades-long hunt, with Professor Arav leading the work. He told The Christian Institute that the area has shown no disturbance from construction, making it a “unique example of a capital city from the 11th-8th century.” 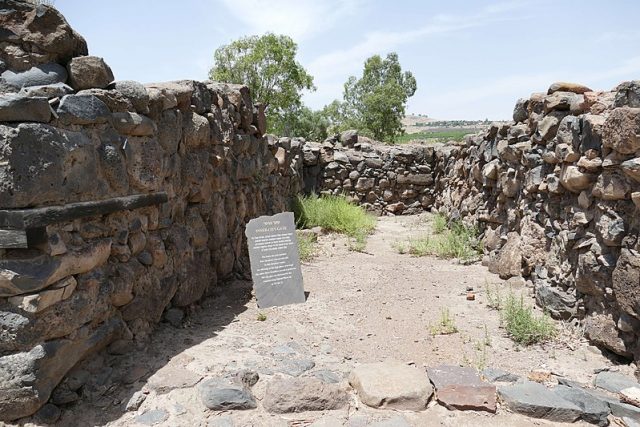 Ruins of a city gate to Bethsaida. Photo by Bukvoed CC BY 4.0

The newly found city gate is thought to be centuries older than this previously excavated gate at Bethsaida. Photo by Chmee2 CC BY 3.0

The finding of the “stele” of an idol from most likely the Kingdom of Geshur opens up the possibility that Bethsaida was not an Israelite kingdom but an Aramaic one. “Within the city limits of Bethsaida, there was a stone stele bearing the image of their bull-shaped moon god, which dates back to the 11th century BCE,” reported the Jerusalem Post. “This monument is one of seven other similar tombstones found from the ancient world, from southern Turkey to Egypt. Two have been found in Bethsaida alone. Some of these monuments have been found in cities dating to later periods, such as the 9th-8th century BCE.”

The rare stone stele dating back to the kingdom of Geshur was unearthed in the archaeological excavation. Geshur is mentioned in the Bible as co-existing alongside the Kingdom of David. It was eventually annexed by King Hazael, who ruled what is today Syria.

Archaeologists say it’s difficult to know what Aramean cities actually looked like because too little work on the topic had been done before the outbreak of civil war in Syria, and excavation there now is very difficult.

According to the Bible, King David came to Geshur to find a wife and by all accounts would have passed through this gate. He married the daughter of the King of Geshur, Maachah, who bore their children Absalom and Tamar. By the 9th century B.C., the kingdom of Geshur seems to have disappeared.

Born around 1000 B.C., David was the eighth son (and youngest) of Jesse, from the tribe of Judah. Like King Saul and King Solomon, David reigned for 40 years in one of the most prosperous periods in Israel’s history. It was called by many  “The Golden Age” of Israel.