Retro Monolithic Dome House for Sale – Totally Out of This World!

When you encounter a monolithic dome house, you’re not certain whether you’re looking at something very old or very new.  But while dome-house enthusiasts claim igloos as inspiration and lay claim to the Hagia Sophia as a classical example, the hundreds of such houses, all of them cast in a one-piece form, are part of a movement that began in America in the 1960s.

A perfect example is a dome house that has gone on sale in Arvada, Colorado. A “combination of architectural beauty & energy efficiency,” it’s 3,510 square feet, with three bedrooms and two tile-floor bathrooms, built on three acres of land. 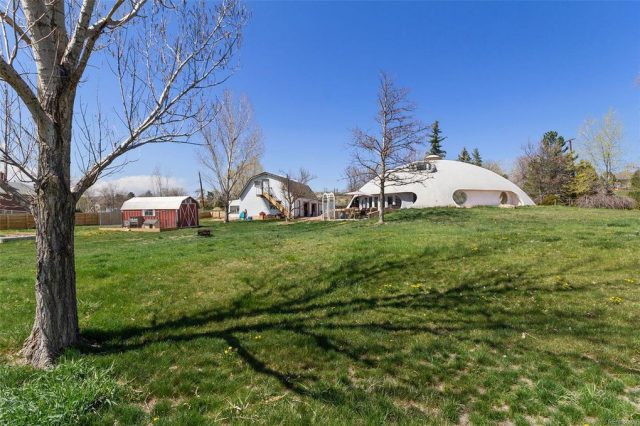 This particular dome structure, dubbed “spaceship house” by locals, most recently priced at $870,000, was built in the late 1970s. “Motivated by the energy crisis of the 1970s, Clarence and Louise Lederhos were determined to build an energy-efficient abode,” according to 5280 magazine. “After much research, they opted for a monolithic dome structure designed by Boulder architect Jason Elliott Purdy. The resulting shape and materials suit eco-conscious homebuyers—of that era and still today.” 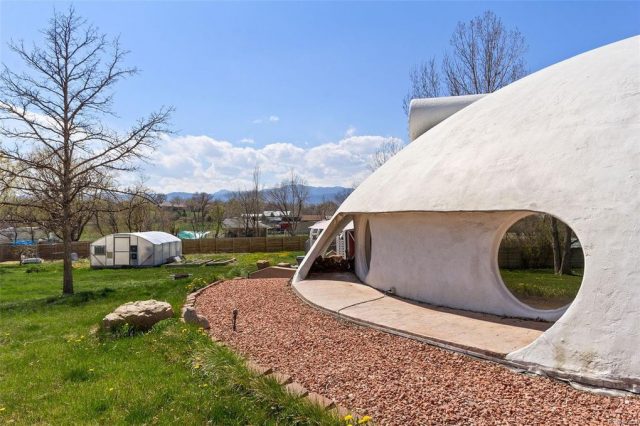 Exterior of the house

“For some reason, I always wanted to live in a round house,” said Louise Lederhos in an interview. “But it was the energy efficiency that drew us to this design.” 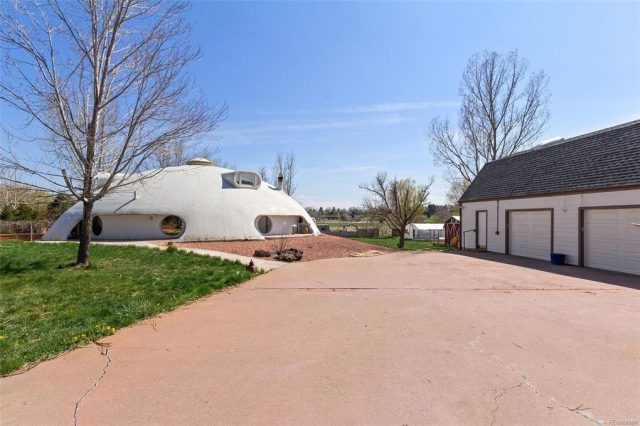 The Lederhoses bought the land in 1974 while they worked with Purdy—already known for his monolithic dome structures and living in one himself—on plans for their house. “Financing the property was a challenge, so the couple paid off the land before embarking on the structure,” according to an article in 5280. “The home itself was constructed in 1978.” 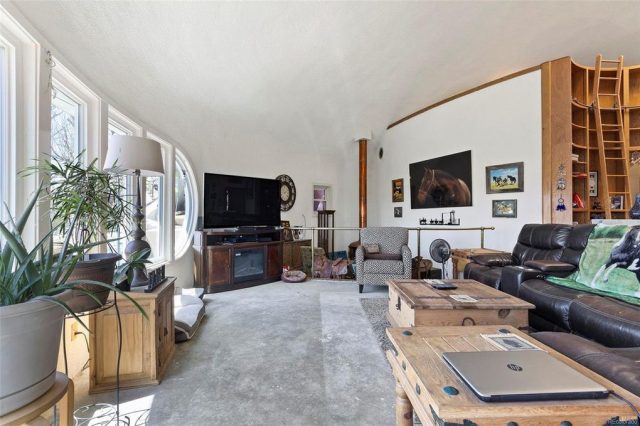 Its eight-foot-high concrete walls was built using concrete pillars before a hot air balloon was brought in to create the dome itself. The inflated balloon was coated with structural foam, gunite (sprayed concrete) with reinforcement mesh, and more layers of foam. 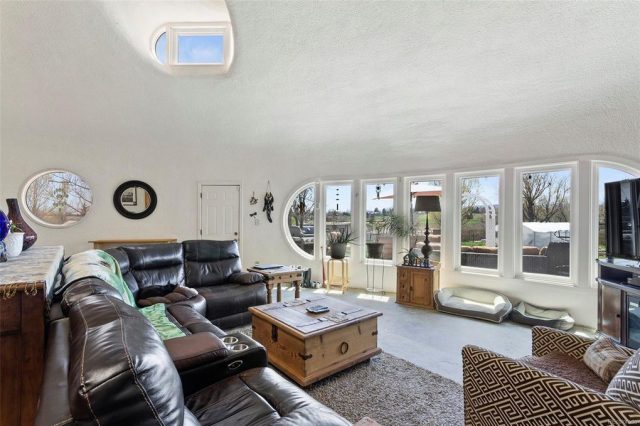 A monolithic dome house are constructed following a method that requires a tough, inflatable Airform, steel-reinforced concrete, and a polyurethane foam insulation. In addition to houses, the domes are used as churches, schools, gyms, arenas, and bulk storage facilities. They use about 50 percent less energy for heating and cooling than a same-size, conventionally constructed building. They are touted as being resistant to tornadoes, earthquakes, and hurricanes. 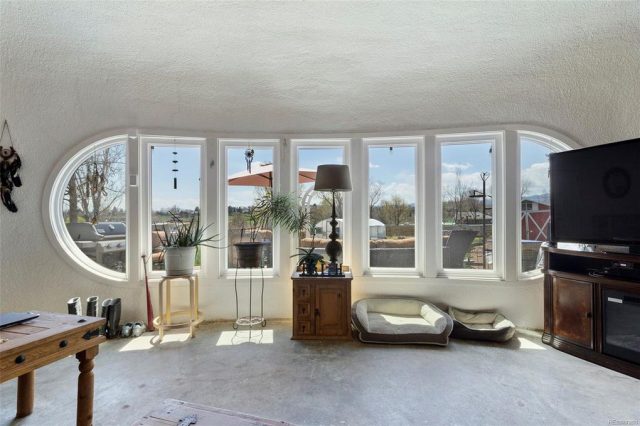 The very first monolithic dome was built in 1963 in Provo, Utah. It started as an ice-skating center, turning into a store, called Ream’s Turtle by locals before being demolished in 2006. 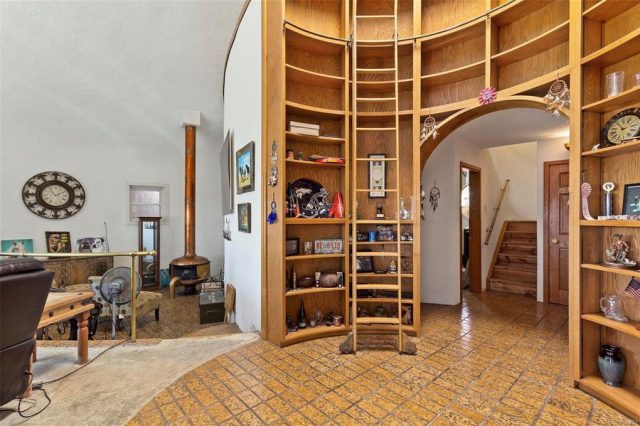 It was a triaxial elliptical dome, 240 feet long, 160 feet wide, and 40 feet high at its center. “We came up with a three-dimensional elliptical structure,” said its creator, Dr. Arnold Wilson, in an interview. “But in those days, we didn’t have computers to analyze the engineering, so we decided to build and test a model in a yard. Using a mound of earth to form its shape, I built the model – a one-twelfth scale model made of reinforced concrete that looked like a giant dollhouse. I load tested it to failure and went back and made changes in the original design that matched the test results.” 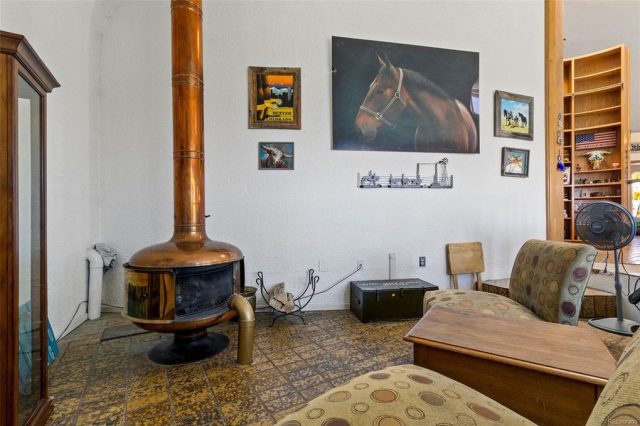 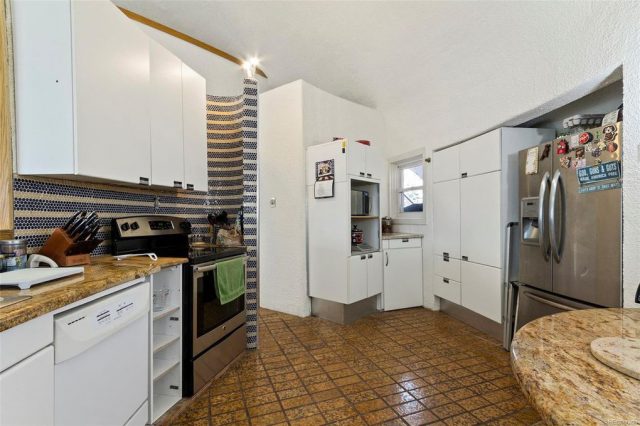 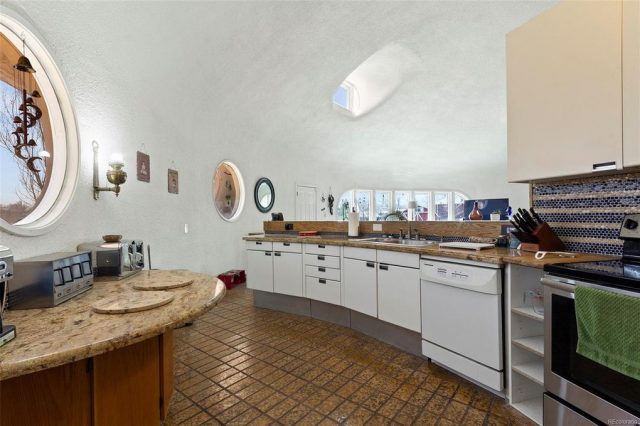 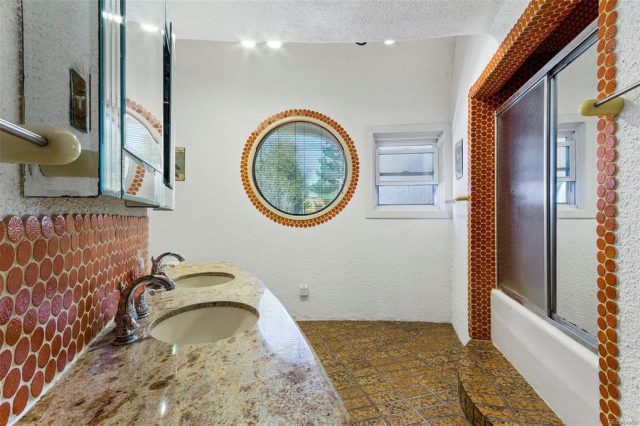 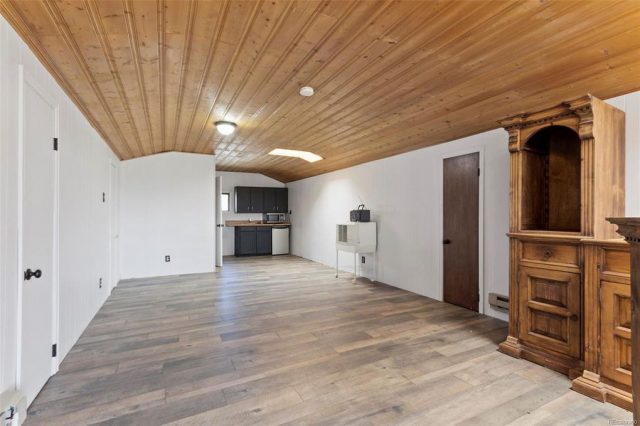 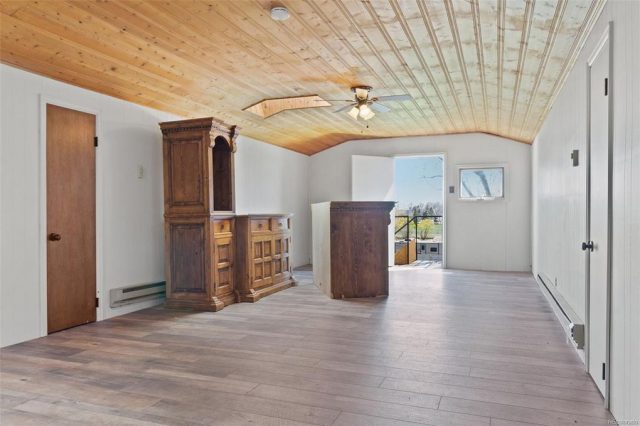 At a cost of about $75,000, Dr. Wilson said that he thinks the Ream’s Turtle was the most economical building of that size ever built. “It was a very good building for a very long time – but that’s progress, I guess,” said Dr. Wilson about the razing.

Colorado has other striking  “futuristic” houses, perhaps the most famous one being “the Sleeper house.” It’s been piquing the interest of westbound I-70 travelers passing through Colorado since 1966. It goes by many names – the spaceship house, I-70 saucer, the Sleeper house – and it’s hard to ignore. Perched high on Genesee Mountain overlooking traffic headed from Denver to Colorado’s biggest ski resorts, it was used by Woody Allen for the film Sleeper.

« “James, Brother of Jesus” Ossuary Adds Fuel to Historical Jesus Debate
The First Neolithic city got so Overcrowded its people turned on each Other »