One thing Nazi Germany wasn’t able to do, thankfully, was develop nuclear power — although it wasn’t for lack of trying, and the cubes that came from their experiment still exist. Hitler wanted his scientists to harness nuclear energy, but, thankfully, they didn’t succeed. Still, as the Daily Mail explains, they came very close during an experiment with hundreds of cubes fashioned into a kind of chandelier. The B-VIII reactor, built by German physicists and scientists, was a project led by Werner Heisenberg, a leading Nazi physicist who was captured by the Allies when the war ended in 1945. 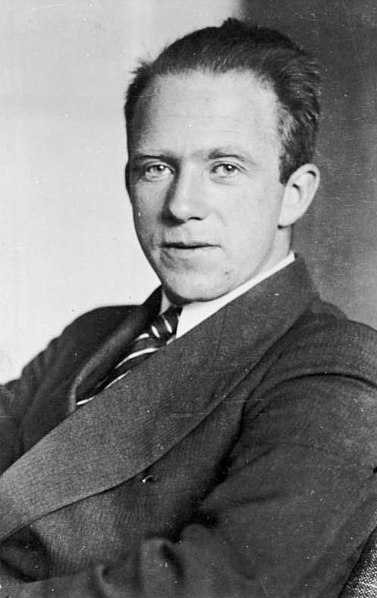 It was Heisenberg who is credited with discovering and naming the discipline of quantum mechanics. The Germans had a well-hidden lab beneath a castle’s church in the southwestern town of Haigerloch. Today it is called the Atomkeller (Atom Cellar) Museum. It is open for tours by the public and is visited by those who are curious about Germany’s efforts to develop nuclear technology during the Second World War. The original reactor core was comprised of 664 uranium cubes tied together with cord used in airplane manufacture. 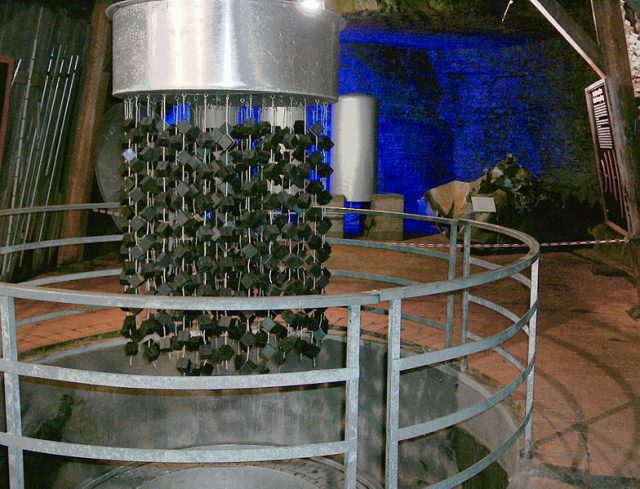 Replica of the cube nuclear reactor at the Haigerloch museum. Photo by ArtMechanic CC by SA-3.0

Because of the hierarchy of the Nazi nuclear research division, there weren’t enough cubes in one location to build a working nuclear reactor. But U.S. researchers have realized that there may be hundreds of cubes still floating around the globe on the black market. In a mystery worthy of a John le Carre spy novel, an American scientist received one of them anonymously six years ago. 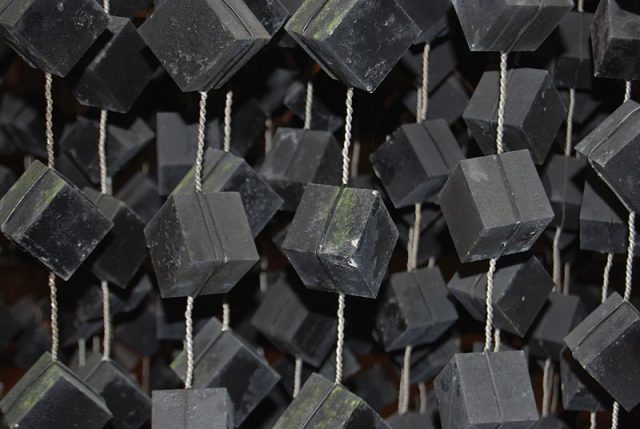 Replicas of the uranium cubes at the Haigerloch museum. Photo by Felix König CC by 3.0

Timothy Koeth is a researcher at the University of Maryland. In 2013, a cube arrived at his office with an unsigned note that read, “Taken from the nuclear reactor Hitler tried to build. Gift of Ninninger.” This led Koeth and his team to documents proving that there were indeed enough Nazi nuclear cubes to complete the reactor during the war, but they were scattered all around Germany. Most experts now believe that the remaining cubes likely have not survived the decades following the war; nevertheless, American researchers are hunting for them, just in case. 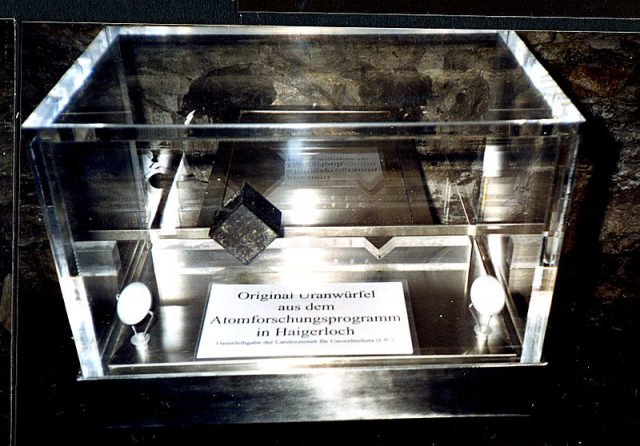 Original cube of uranium from the German experimental nuclear pile at Haigerloch. Photo by Vitold Muratov CC by SA-3.0

Quoted in EurekAlert, Koeth said, “This experiment was their final and closest attempt to create a self-sustaining nuclear reactor, but there wasn’t enough uranium present in the core to achieve this goal.” He explains that several factors impeded their progress including not having enough heavy water to make a working reactor, even if the remaining 400 cubes had been delivered. The reactor’s core was placed within a graphite shell which was then placed in a concrete-lined tank of water. The water was to help regulate the rate of the nuclear reaction.

Their miscalculations were not the only problem they faced. According to Miriam Hiebert, a colleague of Koeth’s in Maryland, infighting and unproductive competition were also to blame for the Nazis stalled project. Hiebert told the American institute of Physics, “If the Germans had pooled their resources, rather than keeping them divided among separate, rival divisions, they may have been able to build a working, nuclear reactor.”

Related Video: ‘Operation Cue’ was a nuclear test on houses and dummies in the Nevada Test Site in 1955.

It was ultimately this inability to work together that cost Germany so dearly in the race to build a nuclear reactor. Koeth notes that, although Germany was where nuclear physics began, and it was a couple of years before the United States actively pursued the idea, there was little chance the Germans would succeed.

Related Article: Explosive Accidents: The Lost Nuclear Arsenal at the Bottom of the Sea

Of course this is the outcome the Allies wanted, and it is to the benefit of the entire world that the Nazis did not acquire nuclear energy. Had they had nuclear technology, it’s impossible to guess what the outcome of the war might have been.