Ha Ha Ha! 5 Things You Never Knew About the Joker

Joaquin Phoenix’s Joker is creating some commotion at cinemas around the world. Generating a level of controversy that the Clown Prince of Crime himself would be proud of, Phoenix delivers a very different take on the character.

That being said, the new movie is just the latest chapter in the Joker’s history. The distinctive villain has been around for almost 80 years, and shows no signs of washing the make up off his face.

So with the Joker back in the public eye, here are 5 things you maybe didn’t know about Batman’s zinger-spouting nemesis…

5. He was originally a one shot character

While he debuted in 1940’s Batman #1, the original idea was to do away with the Joker at the end of the story.

Looking back at the introductory tale this year, Business Insider described him as “a smart and capable criminal driven primarily by greed, committing a series of murders to steal precious jewels. Perhaps the most vital trait that was first established was his penchant for theatricality…”

But while this sounds somewhat like the Clown Prince, his personality wasn’t quite cooked yet: “He was smart, cunning, and ruthless. But despite it all, the Joker was still just another criminal, albeit with an unusual sense of humor.”

He had potential, but the team weren’t so interested in exploring it. They wanted to avoid recurring villains to prevent things from going stale. A last minute intervention by editor Whitney Ellsworth saved the Joker’s bacon, and gave the Caped Crusader headaches for years to come… 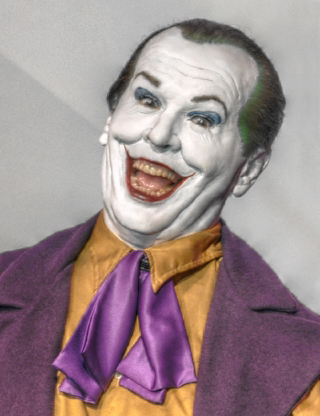 4. He was inspired by a silent movie star

A silent classic from 1928 provided originators Bill Finger, Bob Kane and Jerry Robinson with the inspiration they needed to bring Joker to the page.

The Man Who Laughs followed the story of Gwynplaine, a disfigured man with a permanent grin. Played by Conrad Veidt, his ghoulish face – the work of make up artist Jack Pierce – became a key reference point for the artists. Opinions vary on how the character was formed, but the devilish details are these.

Kane recalled his version of what happened for Entertainment Weekly in 1994: “Bill Finger had a book with a photograph of Conrad Veidt and showed it to me and said, ‘Here’s the Joker.’’”

Robinson disputes this version, saying his playing card style concept sketch was the starting point. His 2011 obituary in The Independent states “even Kane conceded that the Joker’s look came from a playing card drawing Robinson made.”

However it happened, Veidt’s powerful performance and Pierce’s make up made possibly the biggest contribution to the Joker’s appearance. 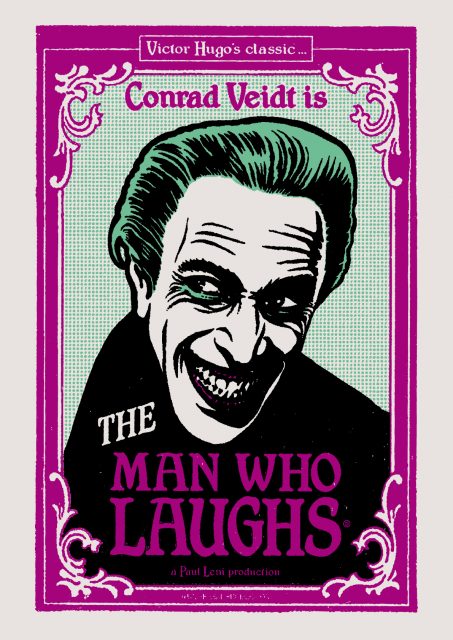 In 1939, Jerry Robinson, Bill Finger and Bob Kane came up with The Joker concept, Batman’s arch enemy. The face was inspired by Conrad Veidt’s character in the silent movie The Man Who Laughs (1928), based on Victor Hugo’s novel. Photo by Christopher DOMBRES CC BY-SA 4.0

3. He once had a moustache

The Joker was full of tricks, but he performed one of the greatest in plain sight. Movie star Cesar Romero portrayed him in the Batman TV series (1966-68), but one aspect bothered producers – the actor’s moustache.

Was the star willing to shave it off for the sake of the show? He wasn’t! The website Bat-Mania quotes Sixties Batman Adam West, who commented about Romero “He said I want to keep my moustache, which we found odd. But when you think about it, throughout his long career he is always seen with a moustache. So we said ok we will just plaster the white makeup over it.”

To many the effect is pretty noticeable. To others, the idea is so surreal they wouldn’t even think of it. Either way, washing that moustache every night must have been a drag! 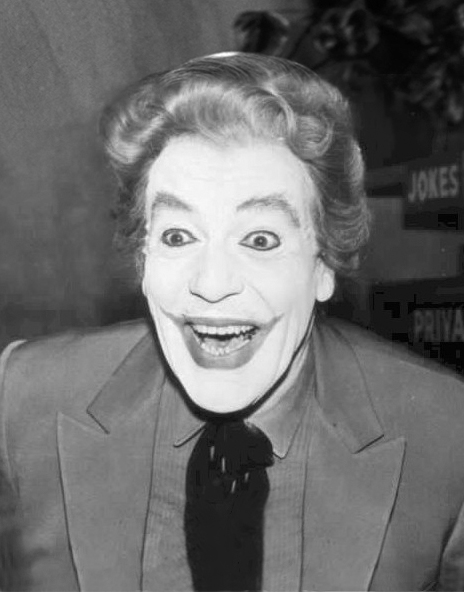 Publicity photo of Cesar Romero as The Joker in the Batman television series.

Jack Nicholson gave one of the most memorable Joker performances in Tim Burton’s Gothic blockbuster from 1989. But the casting could have been quite different.

While Nicholson was favored for the role, other names were in the big purple hat. Those in the frame for Warner Bros included David Bowie, Tim Curry and James Woods. According to certain reports, Bowie could have played the Joker against Bill Murray as Batman in a 1985 attempt.

A notable talent in the audition room was John Lithgow. He spoke to Vulture in 2017, revealing “I have never told anyone this story, but I tried to persuade him (Burton) I was not right for the part, and I succeeded. I didn’t realize it was such a big deal. About a week later I heard they were going after Robin Williams and Jack Nicholson.”

Arriving shortly after the publication of Joker-defining graphic novel The Killing Joke, Burton’s movie pushed the Dark Knight to new heights. Lithgow wasn’t along for the ride, but went on to such iconic parts as Winston Churchill in The Crown. 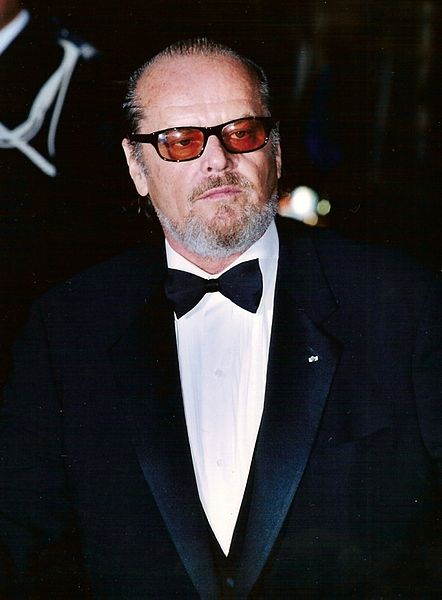 1. He has the highest body count in DC’s Universe

He takes the top prize for villainy in Gotham City. So it’s only right that the Joker has racked up the highest body count of any adversary during his infamous career.

The website OSM Weasel notes, “He was recorded to have more than 462 different on-panel kills of both men, women, and children and he’s been said to have many more off-panel kills.”

As befitting this flamboyant character, some ends were more spectacular than others. “At some point in the non-canon ‘Emperor Joker’ storyline,” the site mentions, “he almost destroyed Earth and all of the Cosmos all together. He is also very imaginative in his ways of getting rid of people”.

A quick look back at his grisly CV certainly confirms that theory. In Batman (1989) he sent people to their maker with a rictus grin courtesy of deadly Smilex gas. He saw off fellow villain Mr. Freeze with a super-charged hand buzzer in a 1991 comic book. And his biggest hit was arguably Robin, who perished at his evil hand in 1988’s A Death In The Family.

Related Article: The Original Inspiration for the Joker was this Creepy Silent Film Character

Of course the Joker has died himself, but that’s a whole other story. For now it’ll be interesting to see how long this latest incarnation of the chaotic clown lasts on the streets of Gotham.