Think online abuse is bad? Check out this 6th century tablet containing an Ancient Greek curse against a dancer.

Work on the elaborate insult – a 110 line effort inscribed onto lead – was found by archaeologists around the late 1940s/early ‘50s. The 1,500 year old inscription was fascinating but indecipherable. That’s all changed thanks to Reflectance Transformation Imaging, or RTI, which gives experts an in-depth view on crumbling texts in a way never known before.

How does it work? As described on the website of non-profit organization Cultural Heritage Imaging (CHI), it involves taking lots of photographs with each one lit differently. The visual information is then “mathematically synthesized to generate a mathematical model of the surface, enabling a user to re-light the RTI image interactively and examine its surface on a screen.” In short, they cheat nature and get better lighting! Images below from National Park Service. 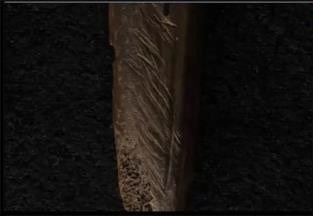 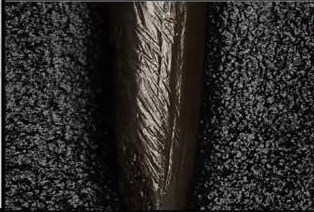 Who was the curse directed at? The location holds a big clue. This tablet was found in an Israeli theater constructed on the orders of King Herod, the Caesarea Maritima. A dancer named Manna was the intended target.

The Daily Mail quotes Prof. Attilio Mastrocinque, who translated the tablet. He remarks that Manna “must have been a famous artist” owing to the high profile venue. A dance contest was the reason for the curse, featuring a prize that “would have been considerable, not to mention the fame and reputation that were at stake.” 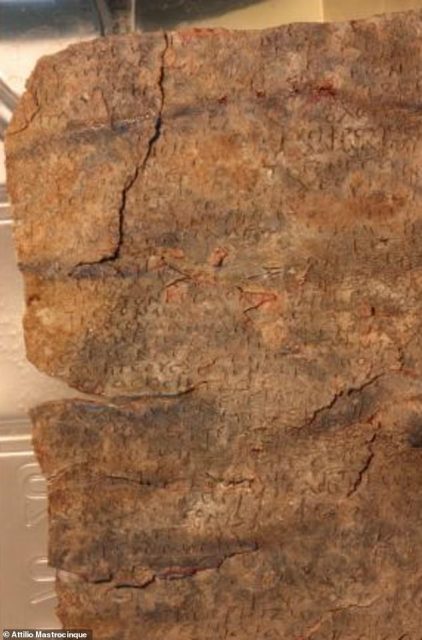 The tablet has finally been deciphered nearly 70 years after it was discovered, revealing a curse against a famous Greek dancer. Photo by Attilio Mastrocinque

So what does this ominous declaration actually say? “Tie the feet together, hinder the dance of Manna,” the inscription reads. It name checks the Egyptian god of magic and wisdom Thoth, as well as a line up of gods and demons that would put a Twitter spat in the shade. Whoever created the tablet wanted some serious help to harm their fleet-footed opponent.

“Twist, darken, bind down, bind down together the eyes,” the evil-seeker says. “He should move slowly and lose his equilibrium… he should be bent and unseemly…”

Sounds terrible. But it was all part of the cut and thrust of life in the Greek Byzantine Empire. Live Science writes “people competing in dance or other competitions were sometimes part of rival factions – such as the ‘blue’ and ‘green’ factions – and the competition between these factions could be intense, sometimes even resulting in public riots”. 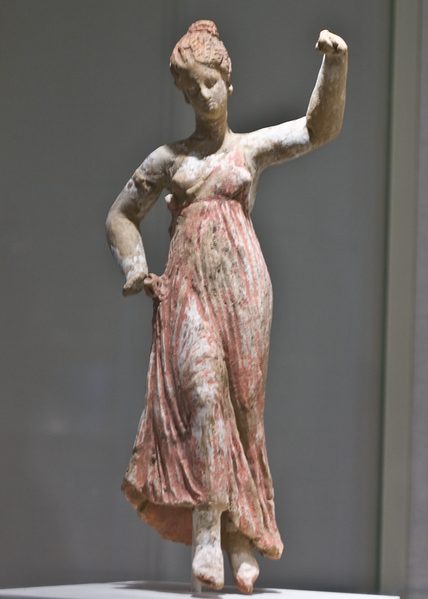 The factions were embedded in other spectacles too, such as the famous chariot races enjoyed by Romans. In 2012, Smithsonian Magazine explored the nature of these groups and the impact that had on Byzantine society.

“Exactly what the Blues and the Greens stood for remains a matter of dispute among historians,” the article says. “For a long time it was thought that the two groups gradually evolved into what were essentially early political parties, the Blues representing the ruling classes and standing for religious orthodoxy, and the Greens being the party of the people.” Previous generations had included the Reds and Whites, though these had been absorbed into the other two by the 6th century A.D.

It seems citizens of the Empire took their entertainment very seriously. Bearing in mind the prominence of religion, it makes sense that bitter enemies would resort to otherworldly means in order to thwart their competitors.

However the Byzantine Empire had embraced Christianity, so the summoning of deities from other parts of the spiritual spectrum is intriguing. Prof. Mastrocinque is quoted by Live Science: “the Christianization of the Roman Empire did not stop the maleficent magical arts… on the contrary, these increasingly spread and became more sophisticated”.

Prof. Mastrocinque is based at the University of Verona in northern Italy. He has published his findings in the book ‘Studies in Honour of Roger S.O. Tomlin’. Former Oxford academic Tomlin would no doubt be fascinated by this development from the darker side of Byzantium. The tablet is now at the Archaeological Museum of Milan, having been donated by the Israeli government.

There’s no business like showbusiness, as the old saying goes. Go back in history and it appears that’s definitely the case!