When Princess Diana danced with John Travolta in the White House, her dress stood out. A piece of history from the Royal wardrobe is now up for grabs. The story of a movie star dancing with a Royal Princess sounds like something Hollywood might come up with. Back in 1985 it actually happened, and on the floor of the White House to boot.

The partners were instantly recognizable – Princess Diana had been married to Charles for a few years at that point. Her glamorous appearances and work for charity made her a household name. John Travolta was an icon of a different sort, who’d strutted his stuff in Saturday Night Fever (1977) and its sequel Staying Alive (1983). 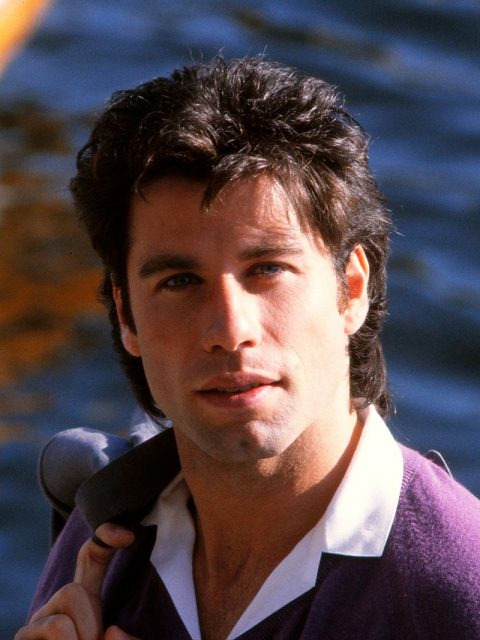 Diana’s dress was an “off-the-shoulder velvet gown was paired with a sapphire, diamond and pearl choker necklace and sapphire and diamond earrings” writes USA Today. And it’s this famous garment – designed by British “couturier” Victor Edelstein – which is in the spotlight over 3 decades on as it goes under the hammer. 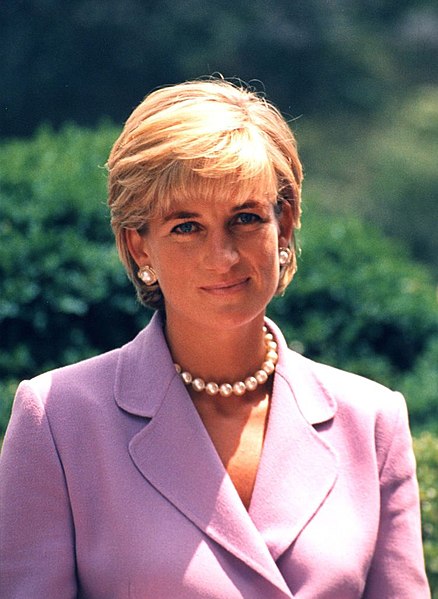 This isn’t the first time Edelstein’s gown has been put into auction. “The gown previously sold for $222,500 in the 1997 Christie’s auction,” the article notes, adding it exceeded “a previous record of $145,000 for a garment, ironically, that Travolta wore in ‘Saturday Night Fever.’”

Edelstein initially made the dress in burgundy. Diana saw the item in his studio and, impressed, asked him to create a version for her only in midnight blue. Blue was certainly the color to wear at Ronald Reagan’s White House, where a lavish state dinner was taking place in honor of her and the Prince’s visit. 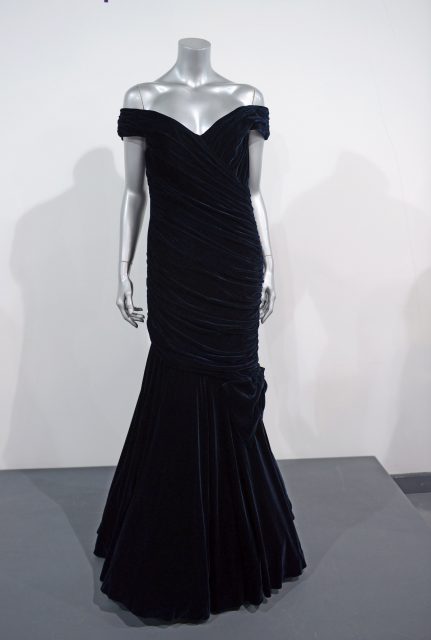 The dress Diana wore during her famous dance with Travolta. (Photo by Simon Burchell/Getty Images)

Travolta was unaware of how his life was about to change over the course of 15 mins, thanks to a few nifty moves with a most unexpected participant. Vanity Fair published a look back, sourcing quotes from several outlets.

Nancy Reagan informed him he’d been invited to dance by the Princess, after which a strict protocol had to be observed. “At midnight, I had to tap her on her shoulder, and I had to say, ‘Would you care to dance’” Travolta recalled. “She turned around and dipped her head in that Lady Diana way and we were off for 15 minutes dancing. I’ll never forget it.”

The actor found it a moving experience and Diana also appreciated the twinkle-toed trip across the floor. “I’m so honored that I was able to experience it,” he said, “and I know for a fact that it was a highlight of being in the United States; it was her favorite moment. So I feel I made her life better; she made my life better; and I’m very sorry that she’s not here.”

Diana went on to call the gown “the Travolta dress”. The star added that from his point of view Charles wasn’t very good at leading!

Why did the man who was Tony Manero feel so close to this lofty aristocratic figure? Some believe there was a spiritual connection of sorts between them. Oh My magazine speculates that “they have something in common: they have both been victims of fame. According to John Travolta, it was hard for both of them to accept. They were always in the spotlight and had to deal with that. Travolta also speaks of the ‘voyeurism’ that stems from fame.”

In 1985 Travolta’s career wasn’t in the best shape. He’d starred in flop movie Perfect alongside Jamie Lee Curtis and wouldn’t appear on the big screen again till 1989. Fortunes then revived with the Look Who’s Talking franchise, which in turn led to Pulp Fiction and Get Shorty among other hits.

Princess Diana’s life would end at the young age of 36. Media attention played its role in the grim affair but her legacy lives on, partly through her beautiful dresses. Kerry Taylor Auctions are handling the sale, with an estimate of £350,000 ($453,800). That price is enough to give anyone a fever…!

« Students Demand George Washington and Robert E. Lee be Removed from Diplomas
Infant Remains Found in Ecuador Wearing Helmets Made of Other Skulls »