“Messy” Handwriting of Elizabeth I Found in Translation of Roman Text

Queen Elizabeth I had messy handwriting. This has been shown by the discovery of her penmanship in a translation of a subversive text from Ancient Rome. Annotations on a manuscript at Lambeth Palace Library have been revealed as her royal handiwork.

The text, Annales (Annals) by historian Tacitus, has been in the Library since the 17th century. The translation itself was written by another scribe, but under whose instruction? According to Dr John-Mark Philo of the University of East Anglia, there’s no mistaking what’s scrawled alongside. Turns out Elizabeth believed the pen was as mighty as the sword.

“Her late handwriting is usefully messy – there really is nothing like it,” Dr Philo comments in a UEA press release. Smithsonian notes, “Elizabeth’s handwriting was so difficult to read… that letters sent in her later years were often accompanied by a note from an aide stating the 16th-century equivalent of ‘Sorry, please find a legible copy here.’” 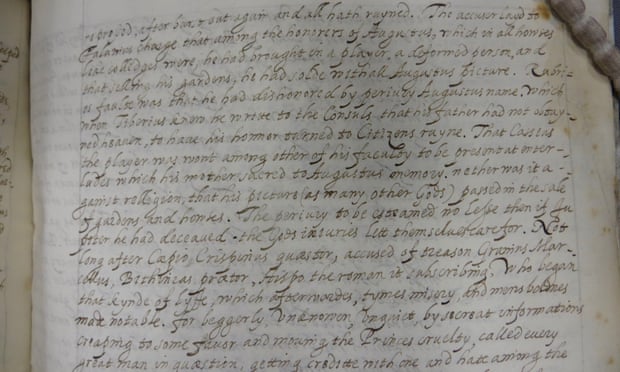 Why did the quality go downhill? The rigors of her reign are one explanation. “The queen’s ‘m’ and ‘n,’ for instance, essentially became horizontal lines, while her ‘e’ and ‘d’ broke down into disjointed strokes.”

Tell tale watermarks also point to Elizabeth as translator extraordinaire. These include a lion, a crossbow and perhaps most appropriately of all, the initials G.B. There’s also a specific mention of her interest in Tacitus’s Annales, as described by 16/17th century poet and author John Clapham. 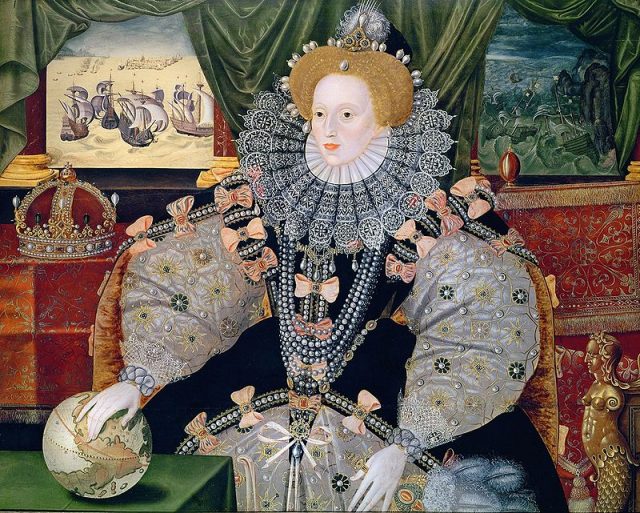 One of the three Armada portraits of Queen Elizabeth.

In his Observations on the Reign of Queen Elizabeth, he wrote “She took pleasure in reading of the best and wisest histories, and some part of Tacitus’ Annals she herself turned into English for her private exercise.” Tracing the reference to the Lambeth Palace manuscript has further fleshed out the life of this ground-breaking monarch, whose interest in translation dated back to childhood. 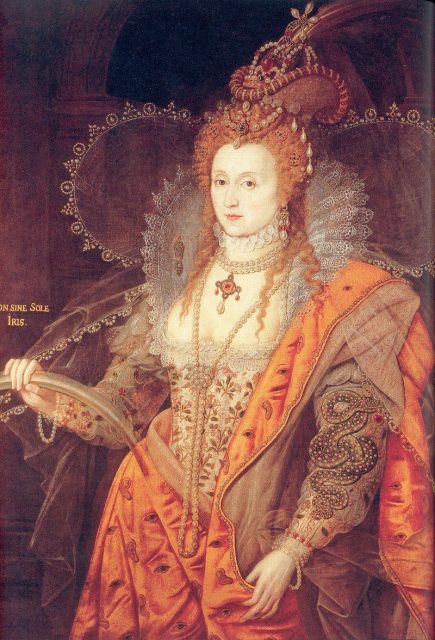 “We already knew she’s great with languages – Latin, French, Italian,” says Dr Philo in the UEA release. “She’s familiar with Spanish and Greek – she actually starts using some of the Greek alphabet in her own handwriting.”
He’s published his findings in the Review of English Studies. The queen’s exploration of Tacitus is also seen as significant, given his reputation. 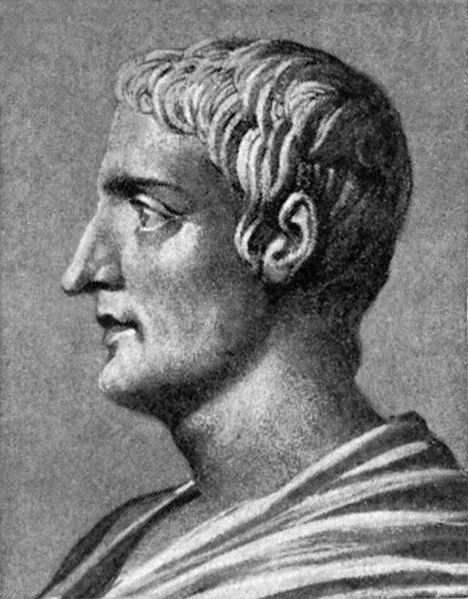 BBC writes he was “the subversive historian, and was later reviled under Charles I as anti-monarchical”. Why Elizabeth might have been studying his views is a question for the history books. Some experts believe she was simply enjoying her language-fueled sideline.

The 42 page manuscript is Book 1 of Annales, and concerns “the death of Augustus and the rise of the emperor Tiberius, tracing the steady centralization of governmental powers in a single individual.” Essential reading for any country’s ruler perhaps.

One piece of handwriting that Elizabeth I is particularly known for was her 1588 address to soldiers at Tillbury in Essex, England. Intended to inspire them before taking on the Spanish Armada, it featured the classic line: “I may have the body of a weak and feeble woman, but I have the heart and stomach of a king.”

The translation of a section in the Annales about Agrippina – a “general’s wife” according to Smithsonian – who rallied her own troops shows Elizabeth drawing parallels in her interpretation of the text. “It is not unreasonable to assume that Agrippina may have appealed to the same queen… who had deliberately represented herself as placing the importance of addressing her troops in person above her personal safety” writes Dr Philo.

A relevant section of the translation and handwriting of Elizabeth I concerning this part reads: “She a woman of great courage playde the Captaine for that tyme, and bestowed on the soldiors as euery man needed or was wounded, bread and clothes … she stoode at the bridges end to give lawde and praise to the returning legions.”

Elizabeth reigned from 1558 to 1603. She had a bumpy ride to the throne, putting it mildly. Born to Henry VIII and the ill-fated Anne Boleyn meant the young Elizabeth was illegitimate. Following tumultuous events whereby Edward VI passed the crown onto Lady Jane Grey, Elizabeth finally took her rightful place. Though not before half sister Mary I ruled for several years, locking Elizabeth away for supporting her Protestant enemies.

Related Article: Altar Cloth Turns Out to be Only Surviving Dress of Queen Elizabeth I

Tacitus lived between approx 56 and 120 A.D. Little is known about him by comparison, though this newly-appraised text shows how the power of ideas lasts through the centuries, no matter who the individual in charge.

« An Exemplary Life: The Oldest American Passes Away at 114
E.T. and Elliott Reunited for the Holidays in Heartwarming Short Film »