Chess, as we know it, has been around for a long time. Sources agree that chess probably began in India, probably around 550 AD.  It was derived from another game of strategy, Chaturanga, which is a Sanskrit word that means ‘four-limbed’ or ‘four parts’, and refers to different parts of an army.

Chaturanga had five foot soldiers, three cavalry, one elephant, and a chariot.  It had a couple of the most important elements that modern players would recognize.  The first element is that the different types of pieces had different abilities and functions, and the second was that the key to victory resided in one specific piece. 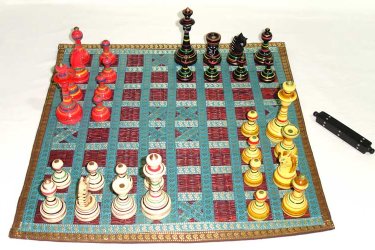 A Chaturanga board. Photo by History.Chess

There’s another game from that, called Ashtapada, which is Sanskrit for ‘spider’.  It was a dice game that was played on a board divided into an 8×8 grid, which was also one of the roots of the game we know today.  These two games, together, are generally believed to be the basis of the modern game.

From India, the game spread to Persia.  During that period, there was a great deal of conquest and expansion in that part of the world, and historians believe that chess spread through the Muslim world, carried by invading Arabs who co-opted it in Persia, eventually introducing it in Europe.

According to a report from Smithsonian, a small sandstone carving that was discovered in Jordan about 30 years ago may actually be the oldest chess piece ever discovered. 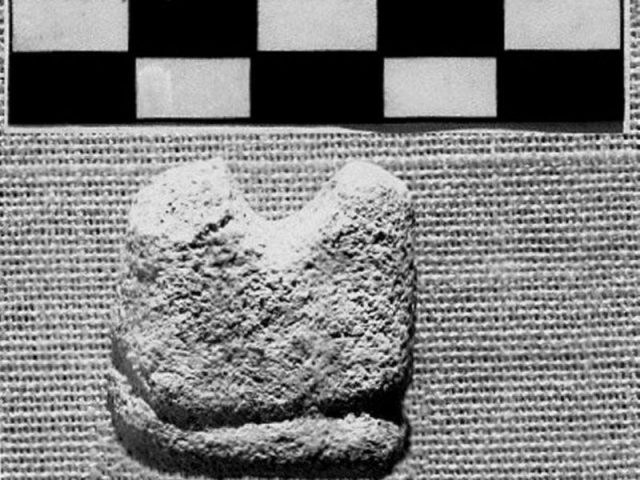 This is believed to be the oldest chess piece ever found. Photo by John Peter Oleson

The small white sandstone carving was found during excavations at Humayma, a former Muslim trading post in Jordan, back in 1991.  It’s quite small, only about an inch tall, and carved with two peaks or horns on top, and looks a bit like type of altars that used to be created by the Nabateans, an ancient Semitic people who inhabited Northern Arabia and the Southern part of the Levant, according to John Oleson from the University of Victoria in Canada.

Now, after having studied the small figure more thoroughly, he believes it’s actually a chess piece. More specifically, he thinks it’s a rook or castle, since it has the same shape as rooks that have been discovered in other, later places which were made from materials ranging from wood to ivory.  Oleson remarked that, in the Islamic world, the shape for the rook was pretty standard until around the fourteenth or fifteenth century. 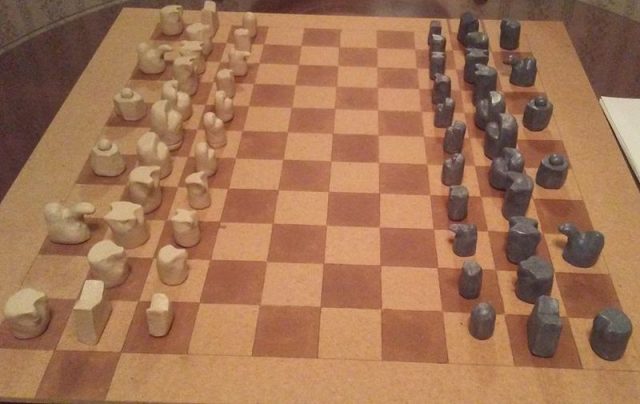 Experts say that this particular carving dates from between 680 and 749 AD, the period when the trading post at Humayma was owned by one powerful family.

If it is, in fact, a chess piece, it would be the oldest one that’s ever been discovered.  While it wouldn’t really tell historians anything new about the origins of the ancient game, it would have something new to say about how fast the game caught on, and with whom. 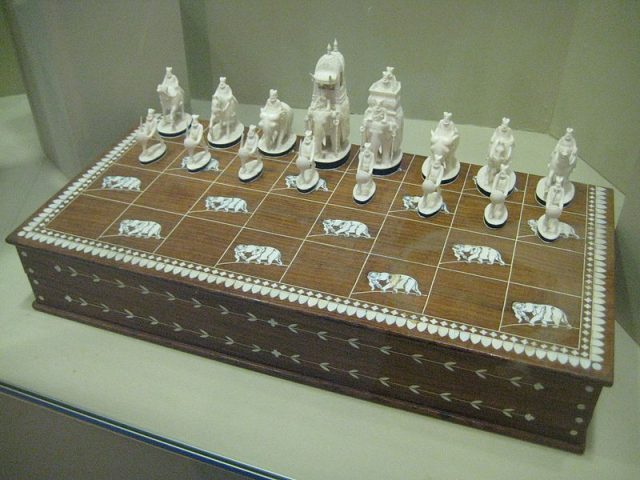 The first real clue about who it belonged to is what it’s been carved from.  The fact that the figurine is made from the local sandstone suggests that it would have belonged to someone who wasn’t in the upper class of society, since someone who was wealthier would have had a set from finer materials.  It’s also not surprising that the piece showed up at a trading post.  That particular post was owned by a very powerful family, and would have been used by well-to-do merchants and diplomats who were traveling through the area.

Oleson noted that the carving’s shape was a variation of the rook original form, that of a chariot pulled by two horses.  The religion of Islam doesn’t approve of images that are representative figures, so the shape was made more abstract.

The same abstract shape was later used on towers and other structures in the medieval world, in the form of crenellations, and can be seen on forts, castles, and even churches.  Despite the change in the shape, the name of the piece has been unchanged.  Ruhk is the Persian word for ‘chariot’.

Since the exact age of the carving still hasn’t been determined, it’s possible that there may be older pieces that have been uncovered elsewhere in the world.  There’s a set of chess pieces that was found in Uzbekistan that dates from around 700 AD, for example, and an old ivory piece was found in a Byzantine palace, although its age suggests that it may actually predate the games spread to that region.

It’s more than possible that older pieces may be found in the future, however, since the game was already pretty old when the Humayma rook was carved.