As the meat vs. plants debate continues, a new study shows that early humans were on the side of meat. Today there seems to be trends going in opposite directions in terms of eating meat. While on one hand some people believe not eating meat is the healthy or moral choice and helping to save the planet with many restaurants and fast food joints coming out with “Impossible” meat-free burgers. On the other hand keto and carnivore diets, where meat is encouraged as the primary and most beneficial item on the menu, are also becoming more popular than ever.

Science and archaeology, however, tell us that our ancestors loved to chow down on big slabs of meat. No one can say precisely what our forefathers ate in their prehistoric diet, but they can say that dental examinations prove that early humans were big fans of meat. Really big.

Not only that, some scientists argue that this shift to meat as a dietary staple helped homo sapiens develop large brains as a result. And that may have been a significant reason hominids continued to evolve and thrive, leading to who and what we are today. 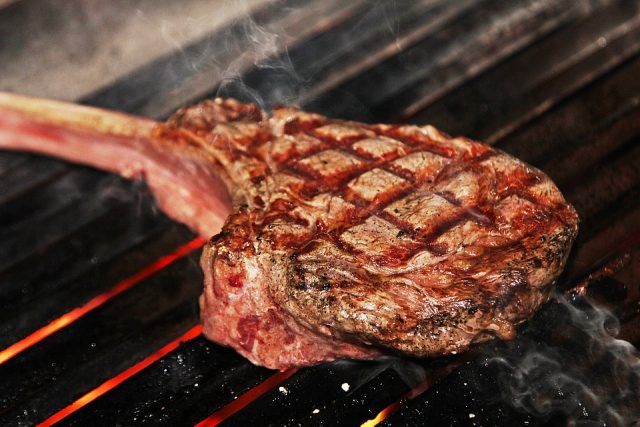 The team, led by Vincent Balter of a university in Lyon, France, examined the dental fossils of two distinct groups — Paranthropus and Homo Sapiens, two categories of humankind’s ancestors.  Both groups lived in and roamed across a region of South Africa millions of years ago.

Balter and his associates conducted three styles of research on the dental material. First, they examined the shape of the jaws, teeth and skulls. Then, they studied the teeth for flaws, including small scratches. Finally, they looked at their chemical composition, including calcium and the degree of isotopes contained therein. 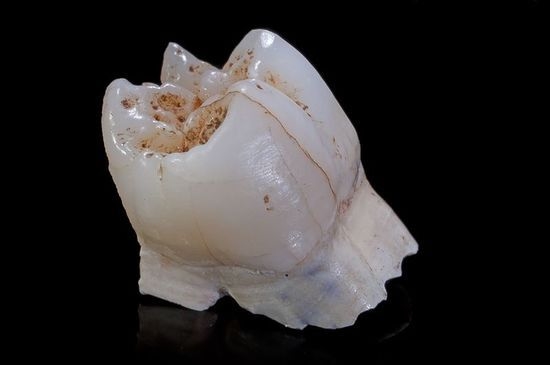 These close examinations led the team to conclude that Paranthropus ate what the team called a “specialized” diet of fruits and leaves — in other words, a plant-based diet. However, neither group ate solely a certain type of food; both consumed meat, for example, but to a greater or lesser degree and at different times of the year.

Homo sapiens, however, consumed foods that were tougher and required more chewing and put greater stress on their teeth — in other words, meat. The fact that Homo Sapiens survived into the modern day and Paranthropus are long gone has scientists theorizing on the positive evolutionary affects of eating meat. Once their studies were complete, they published their findings in Nature, a science and anthropology magazine, in 2012. 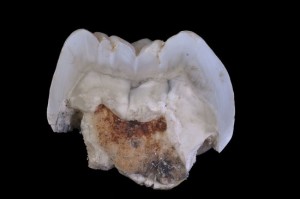 The teeth were from three excavated sites in Africa, called Swartkrans, Kromdraai, and Sterkfontein.  These areas are so rich in ancient fossils, stone tools and skeletons, all revealing much to scientists about how early man evolved, that walking tours are available for those who wish to see the sites up close. The area is known as the “Cradle of Humankind,” so important is it to cultural anthropologists, archaeologists and historians.

Man’s closest descendant is called Australopithecus sediba, and they also lived in Africa about four million to two million years ago. Balter and his team theorized that examining the dental fossils of those remains could reveal a great deal about how humankind’s diet evolved over the centuries.

Whether this kind of scientific information helps make converts of vegans and vegetarians has yet to be seen and is probably irrelevant. Listening to both sides of the meat argument can be head-splitting with meat both being demonized and idealized by different groups. But no doubt there are some who would eat meat at every meal, if possible, and now they could cite the dietary habits of our ancestors as a valid reason to do so. Another popular weight loss regimen, called the “Paleo Diet,” is an example of that.

Related Article: The Crazy Story of why we Call it a Sirloin Steak

But in reality, it all comes down to preference, availability, and taste, just like it did for early humans and their meat, all those centuries ago. In certain respects, not much at all has changed since those ancient times.