A classic Picasso painting valued at over $26 million has been vandalized in London. The attack happened on Dec 28th, bringing 2019 to a devastating close for the art world.

The work in question is Bust of a Woman, which dates back to 1944. North London resident Shakeel Massey, aged 20, has been charged with criminal damage. Although reports mention ripping, Tate Modern have removed the Picasso from display while any damage is properly inspected.

Quoted by the Daily Mail, a spokesman for the gallery said, “The work of art is with our conservation team for expert assessment. Tate Modern remains open.” It’s reported that Massey was apprehended quickly, though the gallery aren’t commenting on the current condition.

Appearing at Camberwell Magistrates Court, Massey “was denied bail at Monday’s hearing and is due to attend the pre-trial hearing at Inner London Crown Court on 30 January” according to the BBC.

Bust of a Woman is described as “semi-abstract” by the Tate’s website and depicts Dora Maar. She was a French photographer, painter, poet and lover of Picasso, who was Spanish and 26 years older than her. Rendered in oil paint, she’s presented in a green outfit, wearing a hat and sitting on a black metal chair. 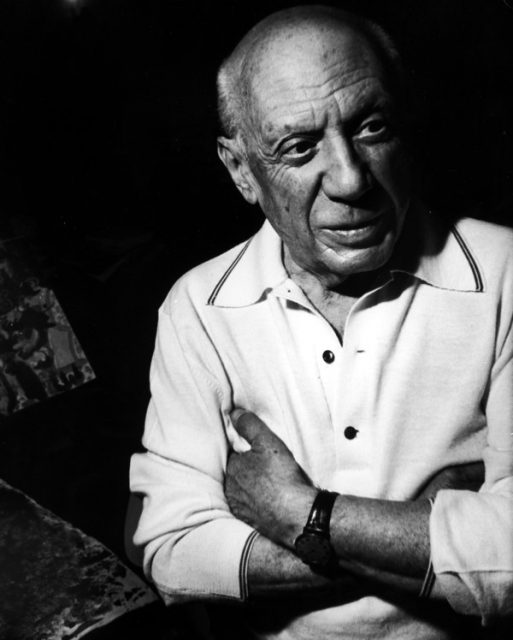 “The face is painted half in white and half in grey, suggesting light and shadow,” the site continues, “while the red horizontal and purple vertical lines on the lower and upper halves of the canvas provide a chaotic background.”

Tate details how it was painted “during the final months of the Nazi Occupation”, noting that “Although his wartime work is often seen as austerely monochromatic, the higher coloring of this work may suggest the prospect of liberation.” 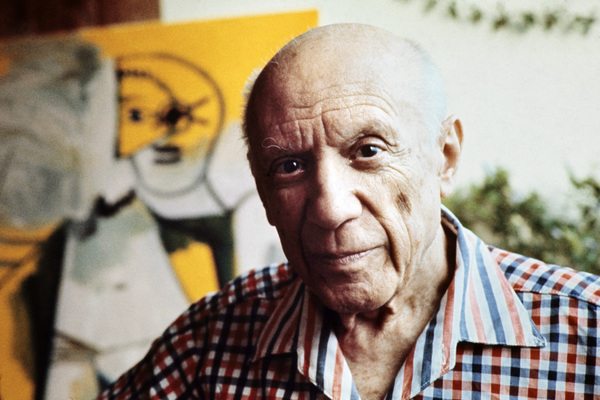 Coincidentally, Maar’s work was also exhibited at Tate Modern this year, with the BBC covering the story in November. Talking about the the relationship she had with Pablo Picasso, it writes, “Maar became his lover and – some have thought – the most influential of his muses. For the next eight years they were part of one another’s lives – although Picasso continued his existing relationship with Marie-Thérèse Walter.” Walter was a French model with whom Picasso had a daughter, Maya Widmaier-Picasso.

The 1996 movie Surviving Picasso depicted some of these events. Sir Anthony Hopkins played the title role, with Julianne Moore as Maar and Susannah Harker as Walter. A Merchant Ivory production, it was directed by James Ivory, produced by Ismail Merchant and written by Ruth Prawer Jhabvala.

Survival seems to be a complex subject in the business of fine art. Certainly Tate Modern has had a brush – so to speak – with calamity before. In 2012 a piece called Black on Maroon (1958) by Mark Rothko was defaced by Vladimir Umanets, a fellow artist from Poland.

At the time, Umanets said he commited the act on behalf of “yellowism”, a movement he was trying to draw attention to. The thisisyellowism.com site has a description worthy of artistic evaluation itself. Among its numerous assertions is that “Yellowism is not art or anti-art” and “Pieces of Yellowism are not visually yellow, however sometimes can be.”

Related Article: Pablo Picasso’s Electrician Convicted of Hoarding Over 270 of his Artworks

Umanets received a 2 year prison sentence for his trouble. In 2014 he penned an article for the Guardian by way of an apology. He now feels “it was wrong to deface the work of a fellow artist, more poignantly a piece by Rothko, whose work and ethos I greatly admire. In the words of Oscar Wilde, ‘Yet each man kills the thing he loves’”. The artist adds, “It was a spontaneous decision and nothing personal.”