The Chinese Paddlefish Becomes the First Extinct Species of 2020

Scientists from China said recently that the Chinese Paddlefish, once plentiful in the Yangtze River, is now extinct, making it the first such instance in 2020.

Scientist Hui Zhang, in conjunction with colleagues from the Chinese Academy of Fisheries Sciences, said in a report at the beginning of 2020 that the fish likely went extinct sometime between 2005 and 2010. Their assessment has met the criteria set forth by the International Union for the Conservation of Nature (IUCN), and their findings are published in the March 2020 edition of the journal Science of the Total Environment.

Like so many marine species, the paddlefish fell prey to pollution, overfishing and habitat loss. Because there are no specimens in captivity, it is impossible to begin a breeding program that may have eventually led to restocking the river.

The paddlefish was a large fish with a distinctive, big nose that earned it the nickname “elephant fish.” It was capable of growing to 23 feet in length, making it (along with sturgeon and alligator gar) one of the largest freshwater fish in the world.

Paddlefish, like so many aquatic species, were caught between man’s desire for progress and the species’ need for a large habitat. They were commonly caught in the Yangtze throughout the 1970s, but the erection of the Gezhouba Dam in 1981 effectively halved its population. 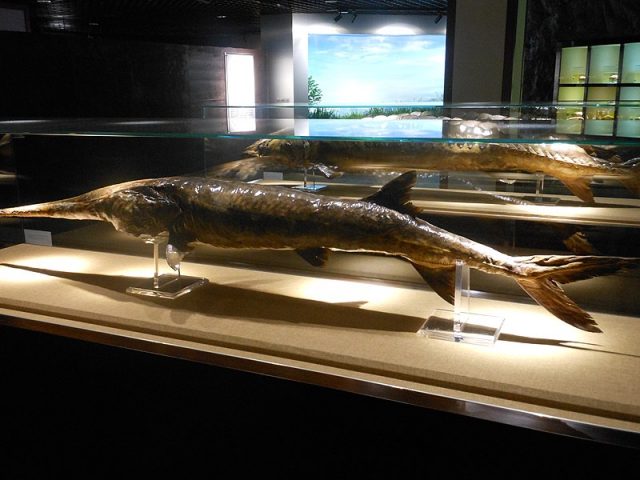 The dam also trapped the fish and prevented them from swimming upstream to spawn. It was finally designated “threatened” in 1989, but that was too little, too late to ensure its survival. Those paddlefish above the dam were unable to mate and reproduce, the experts said, and eventually died off.  The last verifiable sighting of a paddlefish occurred in 2003, Zhang said. “Based on the weight of the evidence,” the report concluded, “the species can be declared extinct with high certainty.”

Although their findings are demoralizing, Zhang and his associates hope their findings will spur efforts to save other species that are on the verge of extinction, like the Chinese alligator. There must be strong, concerted efforts by government and citizens alike, he says, if the alligator and other at-risk species are to be rescued from the brink.

The Yangtze River is Asia’s largest, its waters flowing down from mountains in Tibet along almost 4,000 miles. It plays an important role in Chinese life, in areas such as tourism, business and agriculture. Its basin is one of the most biodiverse areas on earth, and is home to hundreds of species of fish, wildlife, amphibians and reptiles. 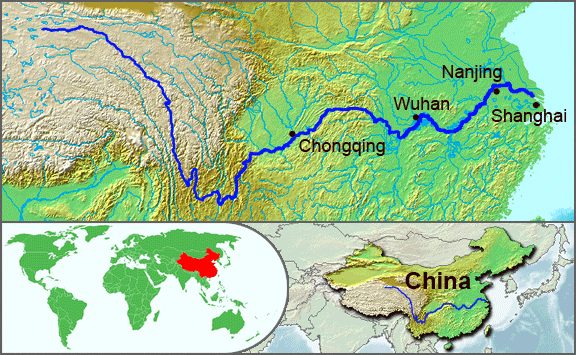 Like many nations, however, China is facing a struggle between the interests of business and industry, and the interests of environmental groups that wish to see areas, particularly like the basin of the Yangtze, protected for future generations. 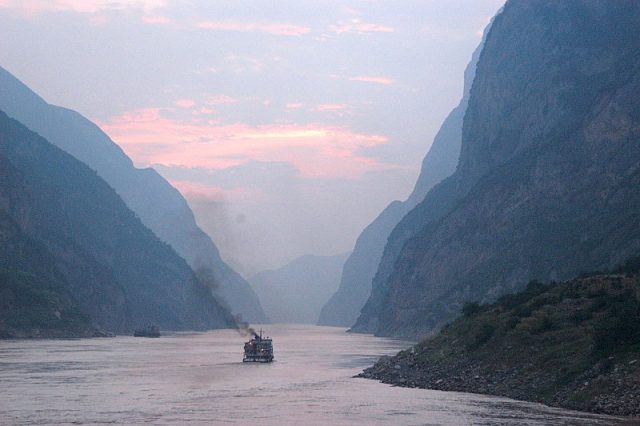 Dusk on the Yangtze river. Photo by Rogerd CC by 2.0

In their report, Zhang and his team say, “Conservation efforts on endangered Yangtze fishes are urgently needed.” Before the researchers did their work to learn the fate of the paddlefish, a thorough survey of the Yangtze had not been done since 1975 — far too long a time, the scientists contend — between concrete assessments of what species in the river are at risk, and the best way forward to ensure their survival.

According to the World Wildlife website, dozens of species are threatened today, everything from rhinos to certain frogs, leopards, gorillas, sea turtles and many others.  Whether governments have the will and resources to save these and other species remains to be seen.

Perhaps though, there is reason for optimism; perhaps the fate of the paddlefish is not destined to become the blueprint for other at risk animals and marine life. It is really the only silver lining that can be found on this sad occurrence.