The Most Valuable Sports Memorabilia in History Just Sold

The speech that inspired the modern Olympics has just sold for an unbelievable price, making it the most valuable piece of sports memorabilia ever sold. Long before the Olympic Games became the multi-billion endeavor we know them to be today, they were just the idea in a forward-thinking individual, French aristocrat Pierre de Coubertin. It was his belief, in 1892, that the games could again become an integral part of the world of sports.

De Coubertin wanted the games to reflect the best in, and of, mankind, as they had in ancient Greece — an achievement in sport that would mirror society’s accomplishments and discipline. He had experienced the conflict between France and Prussia as a child, and he dreamed that resuscitating the Games would be a marvelous way to promote peace around the world.

He drafted a document outlining his dream, a manuscript that ran many pages. The original, recently put on auction at Sotheby’s in London, sold to a private, unknown collector for $8.8 million (USD), is the most ever paid for what experts are calling “sports memorabilia.” Some of us might define that as a collection of baseball cards or a tee shirt with a sport hero’s image emblazoned on it, but to some anonymous, wealthy individual, this manuscript represents the ultimate prize in sport souvenirs. 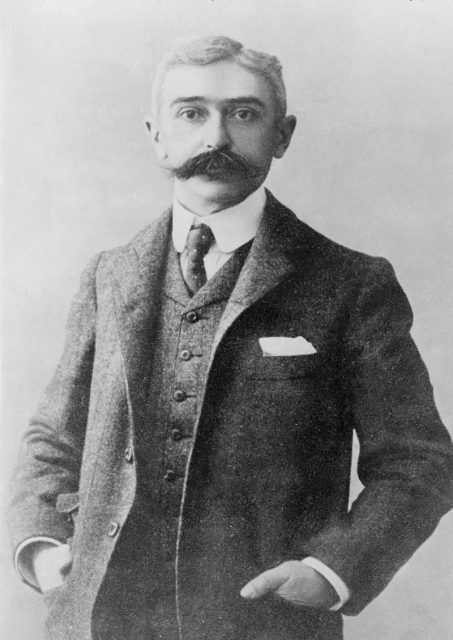 It was part of Sotheby’s “Fine Books and Manuscripts” collection that went on the auction block in mid-December. Called the “Olympic Manifesto,” the 14-page, annotated document was de Coubertin’s vision of what the new Olympic Games could be, and the value they could hold.  He was a huge proponent of modern sports, and his ideas transformed modern athletic events as they promoted a new vision for the Games. 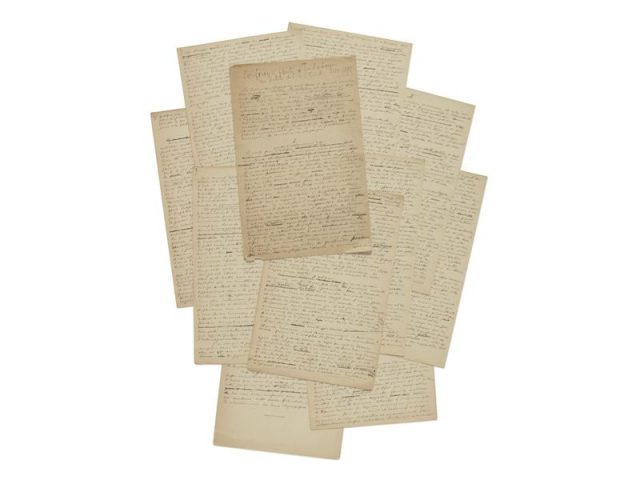 His family, however, saw de Coubertin in a different role — perhaps that of lawyer or clergyman. He was determined to move in a different direction, and ultimately decided that education reform was his destiny, and he made it his life’s focus. That, and of course promotion of sports, all different kinds.

Historian Randy Roberts once said of de Coubertin, “The worst thing for him was the humiliation of the French defeat to Prussia. He felt sports were a way to revive French masculinity.” 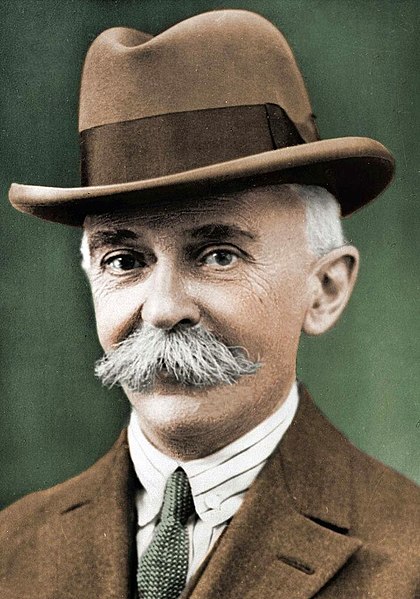 He began publicizing his ideas for the Olympics speech in 1892 for the first time, saying, “let us export rowers, runners and fencers. This is the free trade of the future, and the day that it is introduced into the everyday existence of old Europe, the cause of peace will receive new power and support.”

Although his ideas were not embraced widely at first, they slowly began to gain traction, and in 1896, the new, first Olympic Games were held in Athens. Four years later they were hosted by France, in Paris, and the cycle has continued ever since.

It’s hard not to wonder what de Coubertin would think of our modern Olympic Games, well over 100 years later. He had hoped the Games would be above any political agendas. He argued with colleagues that, “…the games are not the property of any country or any particular race, and they cannot be monopolized by any group whatsoever…they are global. All people must be allowed in, without debate.”

On July 24, the next summer Olympic Games get underway in Tokyo for the second time; Japan first hosted them in the 1960s. Hosting them is sometimes a blessing and sometimes a curse; it costs enormous amounts of money to ready a city for them, but of course the revenues generated are enormous, too.

Related Article: Weird Olympic Sports that have (Thankfully) been Removed

The Olympics speech written by de Coubertin held a vision for the games that few would argue with, a vision that hoped people could rise above borders and political grievances and engage in competitive sports for the entertainment and joy of citizens everywhere. Cynics might argue that hasn’t happened, at least not lately, but clearly one individual believes in de Coubertin’s ideas. That person shelled out 8.8 million (USD) for the privilege of owning them.