Terry Jones, a founding member of Monty Python, sadly left us on January 21, 2020, aged 77. The writer, comedian and Monty Python star had been battling a rare form of dementia. His passing reminded us all just how incredible he was, and what better way to always remember than seeing his hilarious life in photos.

Jones was born in Colwyn Bay Wales, but moved to Surrey England when he was young. Studying English and History at Oxford, he met friend and collaborator Michael Palin. Their paths crossed with Cambridge boys and aspiring performers John Cleese, Graham Chapman and Eric Idle. Animator Terry Gilliam completed the line up, which appeared on BBC TV in 1969 under the name Monty Python’s Flying Circus. 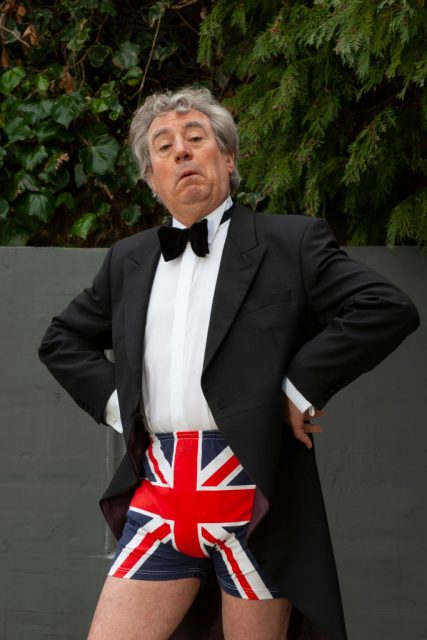 Their title was surreal, but then that was the idea for this convention-defying sketch show. Speaking to author Mike Sacks in 2014, he revealed “For the very first show, the audience consisted of a lot of old-age pensioners who actually thought they were coming to see a real circus.” He added, “They were a bit puzzled.” 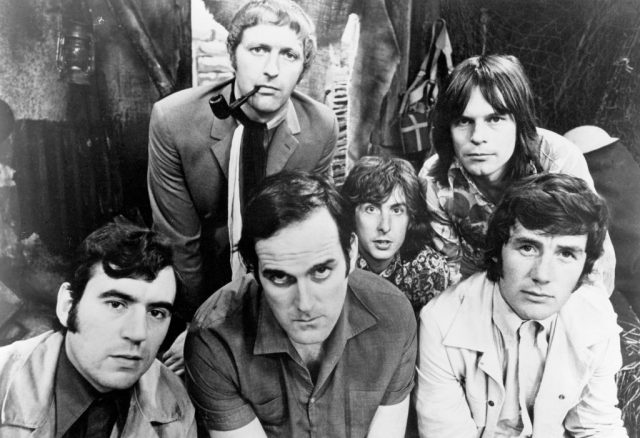 From relatively humble beginnings, the team became arguably the greatest British sketch comedians of all time. Writing for Vulture this week, Sacks describes Jones as “the most intellectual Python in perhaps the most intelligent comedy group to ever exist”. 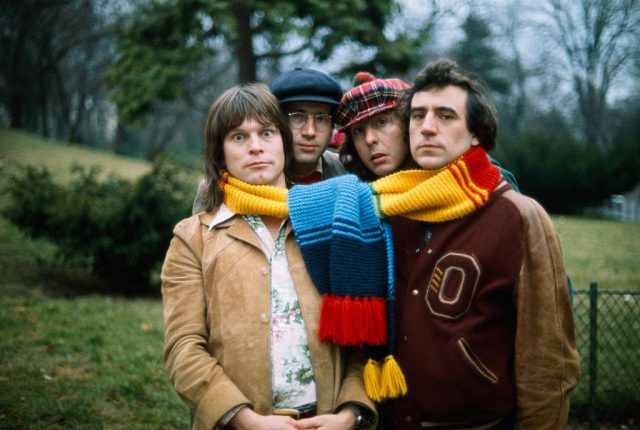 Jones was famous for female characters with high-pitched voices. This carried over when Python moved onto the big screen, most notably as Mandy Cohen in 1979’s Life Of Brian. Her line “He’s not the Messiah, he’s a very naughty boy!” is quoted to this day. 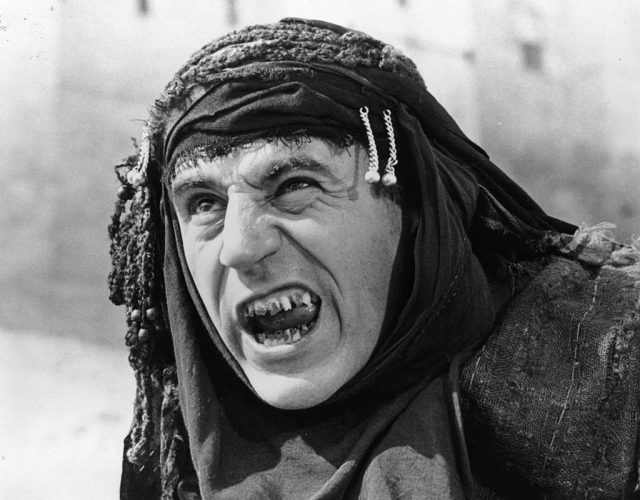 Aside from Python, Jones contributed to ITV sketch show Do Not Adjust Your Set (1967 – 69), the cast of which featured Palin and Idle. After the Python TV run ended he co-wrote BBC comedy Ripping Yarns with Palin between 1976 – 79. He was also instrumental in the group’s cinematic work, co-directing first film Monty Python and the Holy Grail (with Gilliam in 1975). 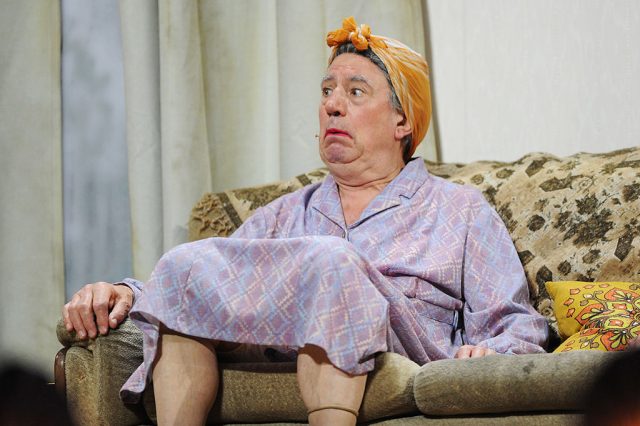 Jones then helmed Life of Brian and The Meaning of Life (1983) before everyone went their separate ways. Not that they strayed far. Chapman sadly died of cancer in 1989 but Jones reunited with his pals frequently, such as in 1996’s Wind In The Willows where he directed and starred as Mr Toad. Eric Idle played Rat, with Cleese and Palin taking cameo roles. 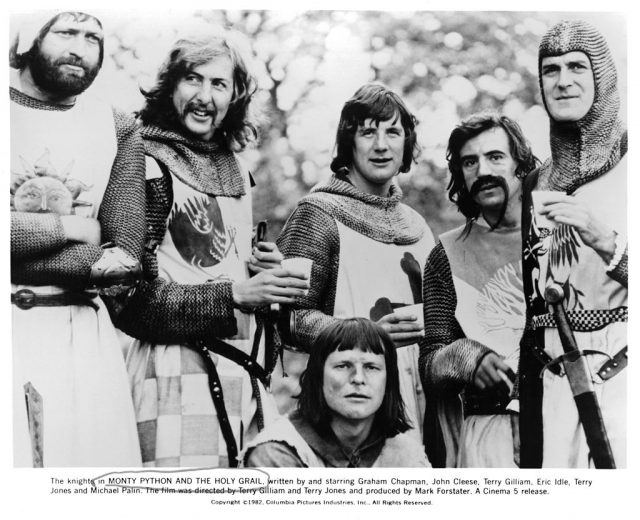 In 2014 a highly-anticipated live tour saw the team back together performing classic routines and characters. It was a triumphant last hurrah, with the likes of Mike Myers and Prof. Stephen Hawking getting in on the action. For Jones’ final movie Absolutely Anything (2015) all surviving Pythons lent their voices to aliens. 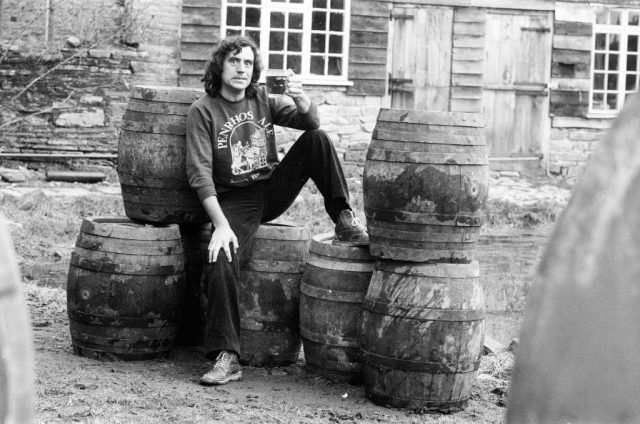 Terry Jones of Monty Python buys a brewery at Lyonshall, near Hereford. He produced 100 barrels of beer weekly of his own brew called ‘Jones Special’, 1978. (Photo by George Phillips/Mirrorpix/Getty Images)

Jones was a prolific writer, working on the screenplay for Jim Henson’s Labyrinth (1986) and penning novels for adults and children, such as Starship Titanic based on the video game by Douglas Adams (which Jones also voiced). He was also a historian who focused on medieval and ancient history, settings that often cropped up during Python. 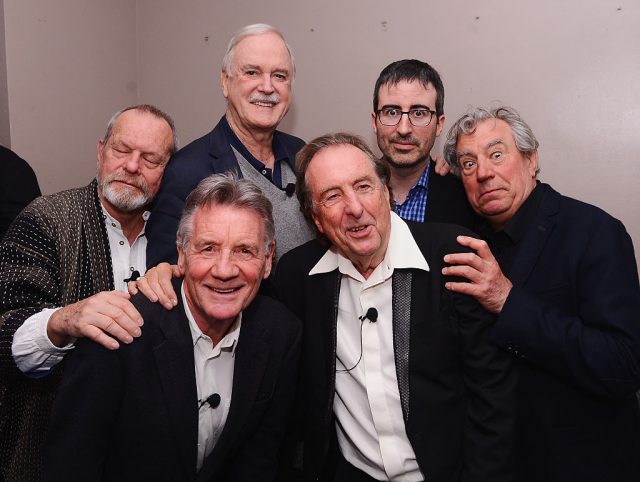 Poetry was a long-standing but maybe less well known love, with Jones explaining the link between that and comedy to Sacks in 2014. “The [nineteenth-century poet] Robert Browning, in essence, said that you can take three separate ideas, and from those three, you produce not a fourth idea, but a star. I’ve always found that lovely. It’s a somewhat similar theory with comedy. But the difference is that with comedy you take different ideas and put them together and you produce not a star, but a laugh. There’s a magical element to it.” 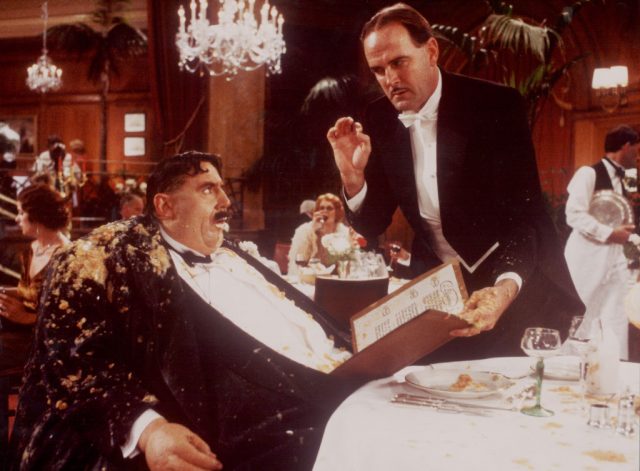 John Cleese and Terry Jones in the ‘Mr. Creosote’ sketch, from the film ‘Monty Python’s The Meaning of Life’, 1983. (Photo by Stanley Bielecki Movie Collection/Getty Images)

He also compared his work with Python to music. “The six of us produced a harmony that was somebody else,” Jones said. “We’d write together, and we were almost writing for this seventh voice. There was always that image of another voice that was there. It was the Python voice, really.” 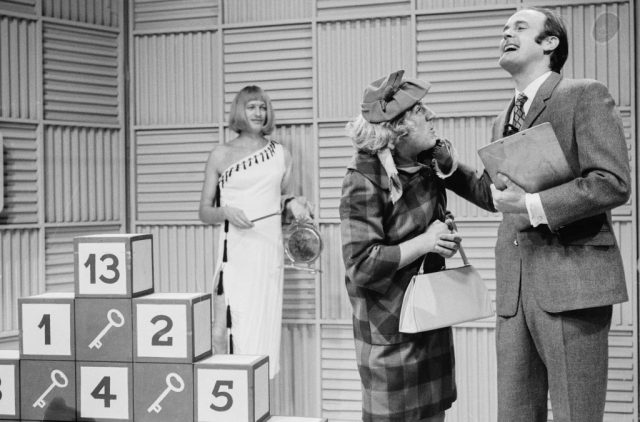 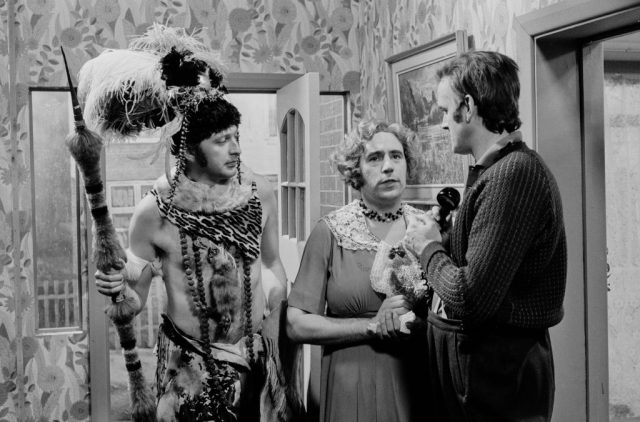 In 2015 Jones was diagnosed with FTD, or frontotemporal dementia. This uncommon condition left him largely unable to speak. Tributes have been flooding in from fans, fellow comics and of course Pythons. 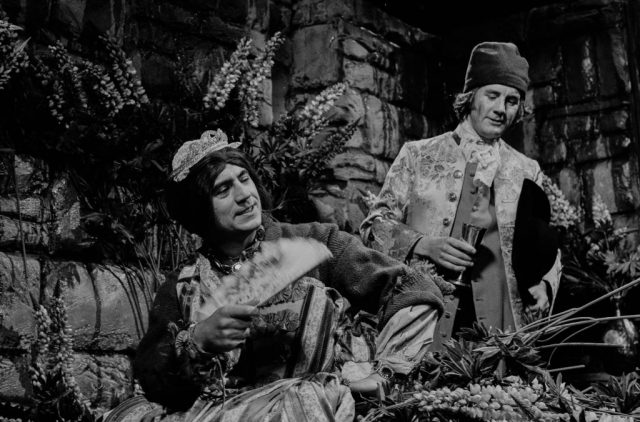 Eric Idle posted on Twitter: “I loved him the moment I saw him on stage at the Edinburgh Festival in 1963… It’s too sad if you knew him, but if you didn’t you will always smile at the many wonderfully funny moments he gave us”. 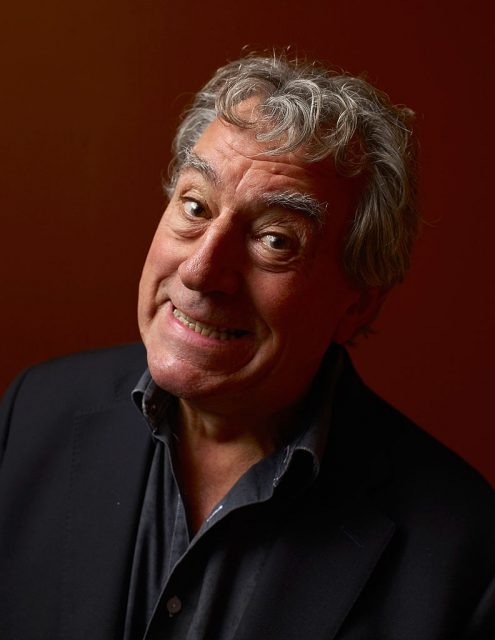 Joining him on social media was Terry Gilliam, who called Jones “someone totally consumed with life… a brilliant, constantly questioning, iconoclastic, righteously argumentative and angry but outrageously funny and generous and kind human being… and very often a complete pain in the ass. One could never hope for a better friend. Goodbye, Tel.” 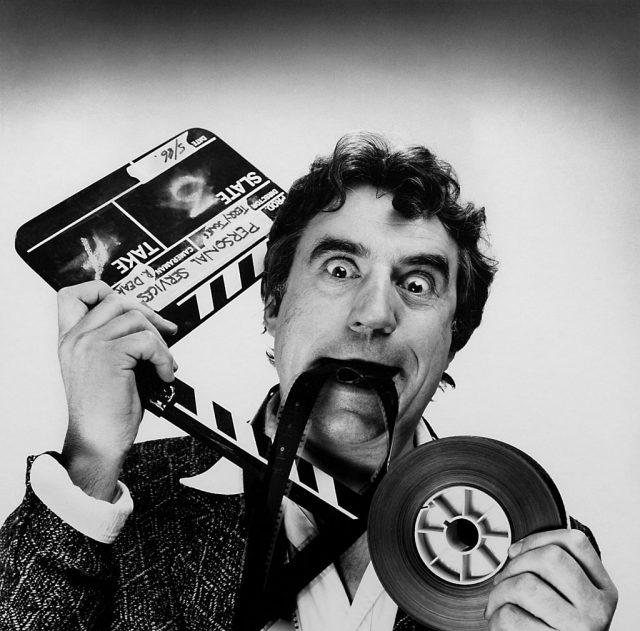 “He threw himself into things with such passion and such energy,” said Palin in a BBC interview. “There were so many aspects to Terry, but I would say enthusiasm and passion were the two main words that described him best… we enjoyed life together. He was a terrific person to enjoy things with. He really did increase the value of almost everything you did.”

John Cleese told the BBC, “I remember he got up one day when we were shooting on the south coast and he got excited about how green the grass was. So there was this hugely lively energy to him that was incredibly attractive.” One of Cleese’s most enduring memories is a vivid one. “I shall remember him as Mr Creosote (the bloated diner from The Meaning Of Life). He is so funny in it and it’s one of the funniest things we did. So I shall think of him exploding.”

Just as the group lambasted Chapman with black humor at his own funeral, Cleese commented on Jones, “Two down, four to go.” There are fans across the globe who hope that moment isn’t coming too soon…