One of Bermuda Triangle’s greatest mysteries has been solved as it’s most famous lost ship has finally been found. On Nov. 29, 1925, the SS Cotopaxi left port in Charleston, South Carolina heading for Havana, Cuba with a cargo of coal, but she never arrived. The last messages sent out were wireless distress signals with their position on December 1st, 1925, two days after it left Charleston, according to the New York Post.

After that, the ship and its thirty-two man crew seemed to have just vanished. Nothing was found floating nearby, and no identifiable wreckage washed up anywhere. To further fuel the mystery, it was lost in the Bermuda Triangle, an area in the western part of the North Atlantic Ocean also known as Devil’s Triangle or Hurricane Alley. It is a loosely defined region where a number of aircraft and ships are believed to have disappeared under mysterious circumstances. 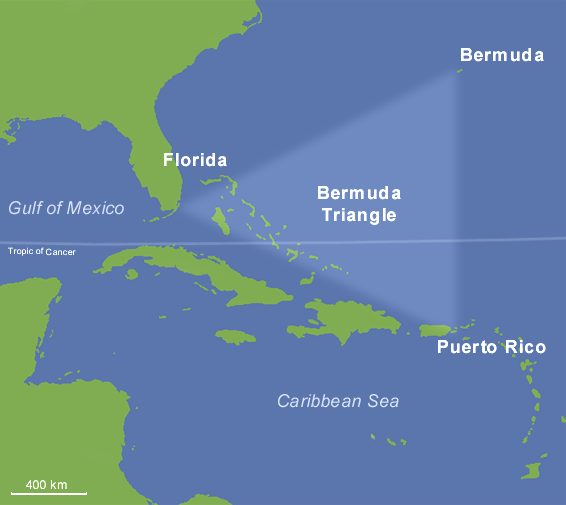 Loose map of the Bermuda Triangle

Now however the mystery has been revealed as the Cotopaxi was recently discovered thirty-five miles off the coast of St. Augustine, Florida in water one hundred feet deep; it’s even more surprising to find out that the diving community has known about the wreckage for thirty-five years.

After 100 years, the Bermuda Triangle Ship #SSCotopaxi, has been discovered! 🌎🚢⚓️https://t.co/ij1UTNE3dK

According to The Mirror, Michael Barnette, a marine biologist with NOAA’s National Marine Fisheries Service and member of the team that explored the HMHS Britannic, did some deep digging into insurance records with the help of historian Guy Walters at Lloyd’s of London. He also checked weather records for the date in question and found that there was a big storm in the area which may have changed the vessel’s course away from the position reported in the ship’s distress signal.

The Cotopaxi was named for a stratovolcano in Ecuador. It was built by Great Lakes Engineering Works, in Ecorse, Michigan for Clinchfield Navigation Company. The ship first launched on 15 November 1918. Wrecksite.eu tells us it ran on steam propulsion and had a registered length of two hundred and fifty-three feet, and the beam was forty-three feet. 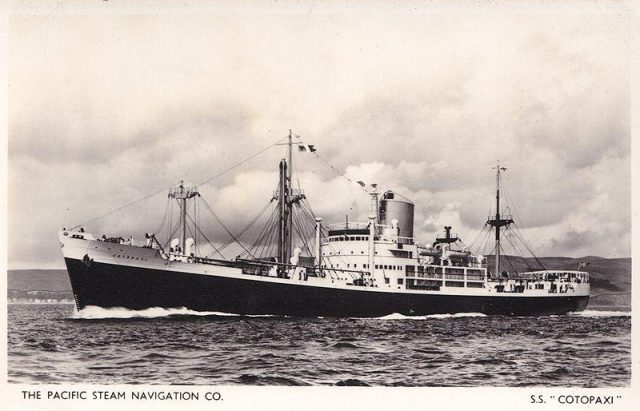 The Mirror notes that families of the crew brought a lawsuit against the Cotopaxi builders saying that the ship was not seaworthy. Chuck Meide of the Lighthouse Archeological Maritime program in St. Augustine, FL noted that the ship was missing important structural features, according to ClickOrlando. 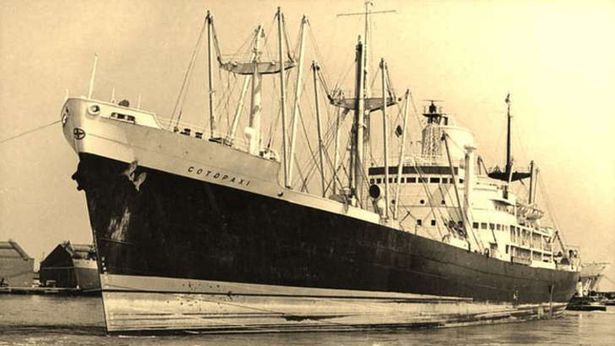 To identify the Cotopaxi, Barnette plotted the ship’s probable route, and he ran right into an old shipwreck that had been known for years as the “Bear Wreck”. There was even a man, Al Perkins, who had been diving that wreck for thirty years. Perkins has collected a few items from the seafloor and gave Barnette a valve that was made near the Michigan town where the Cotopaxi was built.

Barnette, an experienced diver, studied the wreck himself and determined that the Bear Wreck was, indeed, the Cotopaxi. He first dove the wreck fifteen years ago, according to CNN, and has since been looking for the %100 proof to prove his theory.

He believes the Bermuda Triangle’s lost ship was sent to the bottom of the sea by a dangerous phenomenon only studied within the last twenty years or so known as a rogue wave which can approach from a different direction than the waves around it and rise as high as sixty feet or more.

It appears suddenly and has been described as a “wall of water”. According to National Ocean Service, a rogue wave can tip the largest vessels on the sea. Perhaps that’s what happened to the Cotopaxi. When Barnette inspected the wreck, he found that the cargo hold doors were not able to withstand the strain of the water crashing onto the deck and the vessel quickly filled with water.

While the association with the Bermuda Triangle attracts people, Barnette claims the region, which is famous for mysterious ship and plane disappearances, “is arbitrarily defined and fictitious. The site of the Cotopaxi wreckage would likely fall outside its loose borders — just like many other wrecks associated with the Bermuda Triangle”, according to USA Today. Steven Spielberg didn’t help when his hit 1977 movie, Close Encounters of the Third Kind, showed the Cotopaxi sitting in the middle of the Gobi Desert after being transported by aliens.

Barnette has worked with the Science Channel to produce a documentary about the search and discovery of Bermuda triangle’s lost ship the Cotopaxi which will be the opening episode of the series Shipwreck Secrets which is scheduled to air on February 9th 2020.