A verdict has been reached in the theft trial of the man who tried to steal the Magna Carta, perhaps England’s most famous and important legal document in history, from the famed Salisbury Cathedral. And that verdict is guilty as charged.

When people are caught trying to pilfer goods, the target of their thieving desire is usually retail goods, like jewelry, clothing or, if they’re daring, an electronic device of some sort. If the item is particularly expensive, thieves often put a great deal of planning into the heist, scoping out cameras and guards and shift changes of store personnel. This is particularly true of rare books and art works; thieves plan incessantly to ensure they get away with the purloined object so they can then sell it, usually at a fraction of its true worth, to an unscrupulous collector on the black market.

How to explain, then, the attempted theft of the Magna Carta at a church in England? There are only four copies of the 840-year-old document in existence, and until October, 2018, no one had tried to steal the copy preserved under glass at Salisbury Cathedral, in Kent. 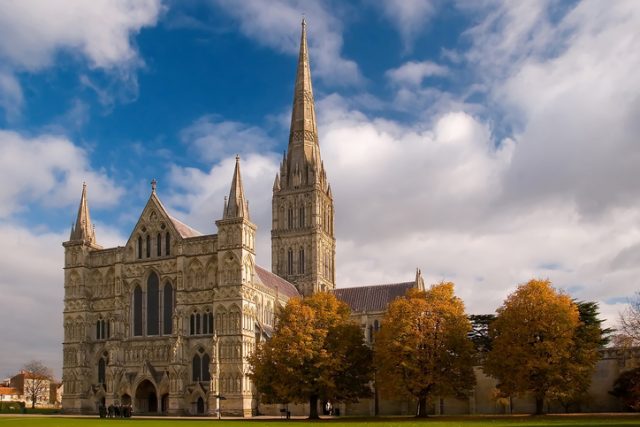 But then Mark Royden came along, and one day attempted just that, impulsively doing a “smash and grab.” But a group of civic-minded folks pursued and detained him until the police arrived and arrested him. Thankfully, during the fracas no harm came to the Magna Carta, which is once again safely stored under glass and on display at the church. 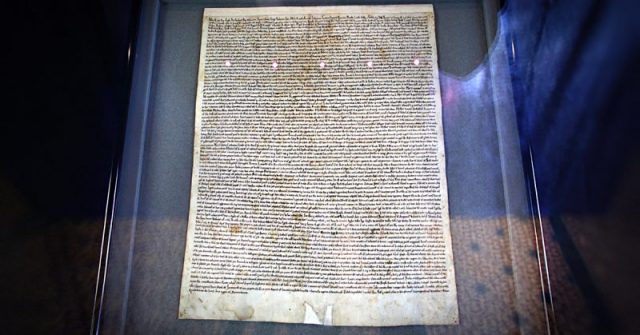 At his trial recently, Royden said he attempted to steal the prized copy because he believes, or at least he believed then, that it was a fake. He has not said just what he would have done with it had he managed to escape with it.

To clarify matters during his trial, Judge Richard Parks told the jury, “We are not concerned with the authenticity of Salisbury Cathedral’s Magna Carta, it’s a state document of huge historical significance and one of four dating back to 1215, and the meeting of King John and the barons of Runnymede.”

Although Royden had clearly not used a partner, nor did he do a great deal of planning for the theft, the court heard that he did at least think somewhat about how he would escape. He assessed, jurors were told, how to exit the cathedral out of view of the security cameras.

In all likelihood, the judge said, Royden will receive a “custodial sentence,” meaning that he may be put under house arrest and compelled to perform community service. That means no jail, which seems fair for a man who is coping with a brain injury, one sustained during a car accident several decades ago. 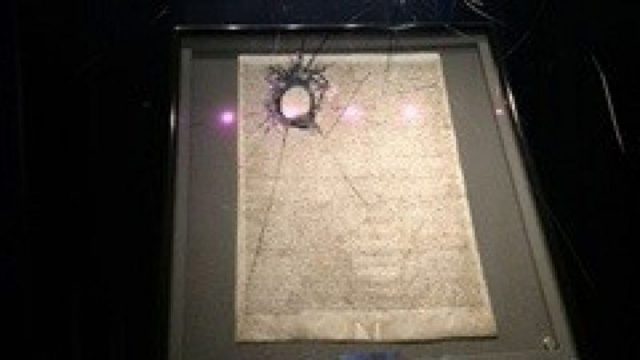 Since then, he has had a supervisor who takes care of his finances and other life demands, as he is currently incapable of performing these tasks himself. This is not the first time Royden has been in conflict with the law; he has more than 50 offences on his record, almost 25 of which resulted in convictions.

He smashed the glass protecting the Magna Carta with a hammer, and when people tried to stop him, he turned and threatened to harm them with it, the jury heard. Royden pleaded not guilty to the charge against him, but was found guilty after a brief trial. Sentencing is expected to be handed down within the next week or so.

In addition to the document being back on display, church officials decided to display alongside it the damaged glass from the attempted theft.