Drive-in movie theaters appear to be making a comeback. Going to the flicks seems off limits these days… or is it? The current shutdowns have closed thousands of cinemas worldwide. But what The Hollywood Reporter (THR) describes as a drive-in “mini-boom” is taking place. With people safe in their cars as the projector starts up, it’s proving a fun social distancing experience! South Korea and Germany are the new hotspots for customer-driven – so to speak – entertainment.

The New York Post mentions the city of Cologne (Germany), where proprietors “are allowing just 250 cars on the 1,000-capacity lot, in order to comply with social-distancing regulations”. The safety measures don’t end there: “when tickets are scanned, they are scanned by a gloved employee through a closed window.” 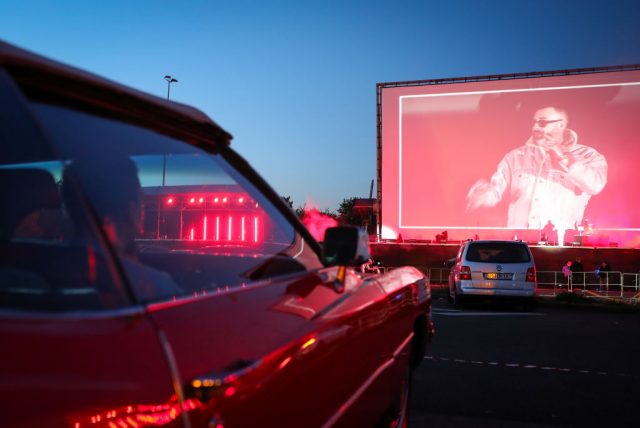 Germany has a mere 2 venues in total staying open through the year. One of these, Autokino Essen, saw a surge in business. “On April 6,” the New York Post writes, “the drive-in sold 500 tickets for ‘Manta Manta,’ a German comedy that was a huge hit in 1991.”

Drive-ins were always the poor relation when it came to the latest releases. In fact, the operation is more associated with ‘B’ movies and adult presentations than anything to do with Marvel or Disney. That hasn’t stopped patrons pulling in for a watch in recent weeks. 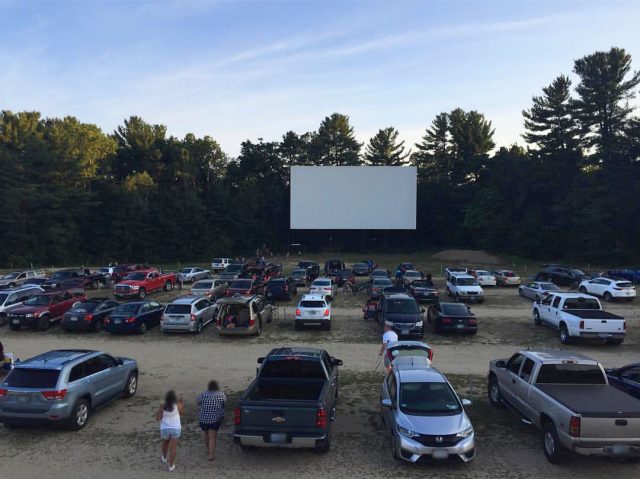 In addition to established drive-ins, a variety of pop ups are bringing the big screen to the great outdoors. Reporting on the situation in South Korea, THR talks about Eastern Seoul’s Nowon District, which has “set up an 1,100 square foot screen in a local park and is showing older films for free to the car-bound public.”

The move is seen as important for people’s well-being. “Oh Seung-rok, the chief of Nowon District, suggested local citizens take advantage of the city’s drive-ins to relieve ‘emotional distress’ caused by quarantine and social distancing measures.” 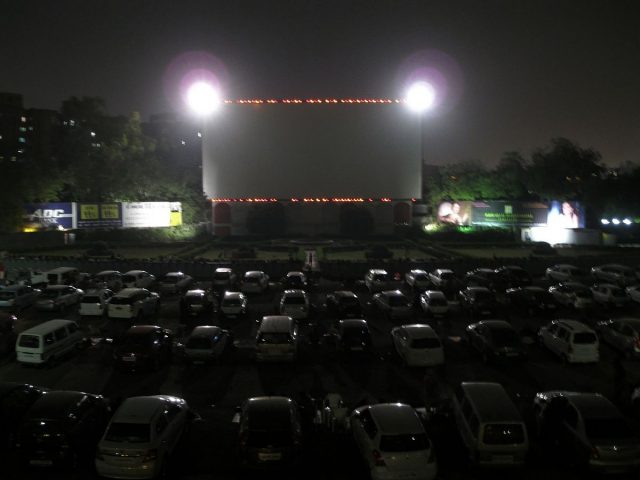 Sunset Drive-in, an open Air Cinema with the largest screen in Asia, is located at Ahmedabad. It is first of it’s kind which can room about 665 cars at a time. More than 6000 people can enjoy watching movie at a time. Photo by FabSubeject CC by 3.0

THR’s Scott Roxborough writes, “when the sun goes down and the movie starts, it feels like a regular night out — something we haven’t had in a long time.”

What about America, where the drive-in was first patented? There are said to be 320 locations in the States, though only 25 of those remain open. That could all change, following recent comments by New York’s governor. He may allow drive-ins to dust off the cobwebs, enabling Big Apple movie fans and others to emerge from lockdown and grab their fix. 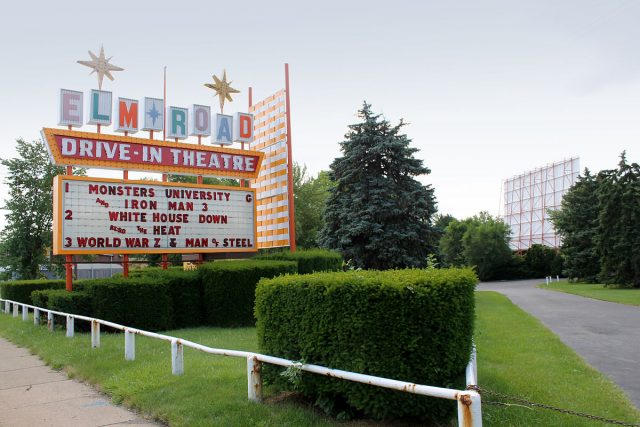 The Elm Road Drive-In Theatre was founded in 1950. Photo by Jack Pearce CC by 2.0

Richard M. Hollingshead Jr. was the auto parts sales manager who brought the whole concept together in 1933. Outdoors screenings existed before, but it was one individual who gave it some gas. According to Smithsonian Magazine, “it took… Hollingshead to see the genius in giving a car-loving society one more activity they could do in their vehicles.”

On a less flattering note, the inspiration for drive-in theaters may have come from Hollingshead’s mother. Because she was a generously-proportioned lady, a movie house seat proved challenging. Her son would reportedly show her movies from the comfort of her car. The screen was a makeshift effort, comprised of sheets attached to yard trees.

His first drive-in was located at Camden, New Jersey. “People paid 25 cents per car as well as per person to see the British comedy Wives Beware under the stars” Smithsonian Magazine writes. It isn’t clear when the first incident of steamy windows occurred, though it’s safe to assume that particular activity was popular from the get go.

Related Article: This Opulent Theater Holds What Might be the World’s Most Beautiful Bookstore

Drive-in theaters are viewed as a faded part of movie history. The Post calls them “a tiny, nearly forgotten sliver”, and THR comments on “those anachronistic remnants of a cinema industry from a generation past”.