The Virgin Mary has received a horribly botched restoration – twice! An excellent copy of the classic Baroque painting ‘The Immaculate Conception of Los Venerables’ by Spanish artist Bartolomé Esteban Murillo has received a surprise makeover. An art collector based in Valenica decided to take the piece to a furniture restorer for cleaning. Instead of a painstaking restoration, the result resembles plastic surgery gone wrong!

Originally commissioned to hang in a 17th century priests’ residence, Murillo labored on the work between 1660 – 65. “The artwork depicted the Virgin dressed in blue and white, with her hands crossed over her bosom as she looked towards the heavens while she stood on the moon” writes the Daily Mail.

If the heavens are looking back down, they must be shocked. And amazingly, it appears the restorer was given a second chance. According to news breakers Europa Press a couple of attempts were made, yet the Conception remained less than immaculate. $1,355 was reportedly paid. 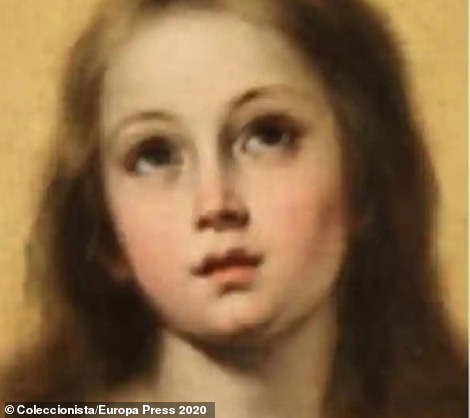 How did this happen in the first place? Simple – the job was bad, but it was legal. “There is currently no law in Spain forbidding people from restoring artwork, even if they do so without the necessary skills” says BBC News. With such a wealth of cultural history, the country faces artistic vandalism on an epic scale. 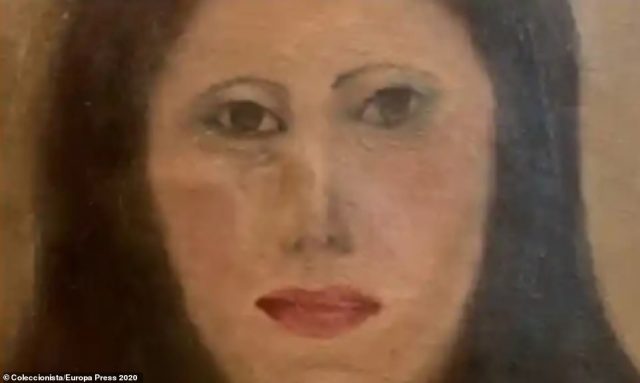 Attempt number one at the botched restoration of Mary. (EUROPA PRESS)

In conversation with Prof Fernando Carrera (from the Galician School for the Conservation and Restoration of Cultural Heritage), The Guardian mentions the “huge amount of cultural and historical heritage because of all the different groups that have passed through the country over the centuries, leaving behind their marks and monuments.” Though accidental, it’s reported that precious works are wrecked on a daily basis. 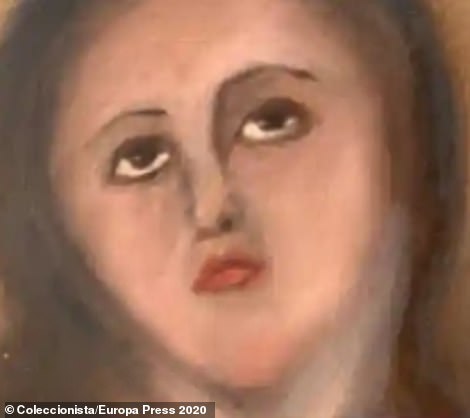 “Let’s be honest” Carrera comments, “they’re bodgers who botch things up. They destroy things… Can you imagine just anyone being allowed to operate on other people? Or someone being allowed to sell medicine without a pharmacist’s licence?” Carrera also notes a lack of interest from government, urging politicians to be more involved. “It doesn’t have to be at the very top because it’s obviously not like healthcare or employment – there are many more important things. But this is our history.”

Another attention grabbing case of well-intentioned destruction was the “Beast Jesus”. In 2012 reports came in of an astonishing job performed on ‘Ecce Homo’ by 19th/20th century painter Elías García Martínez. Created in 1930, it’s a fresco of Christ with his crown of thorns. Cecilia Giménez is a lesser known name on the art scene – in fact she was a parishioner in her eighties who attended the Sanctuary of Mercy church in the town of Borja. Noticing the flaking paint on this sacred work, she decided to do her Christian duty… and turn it into a monkey. 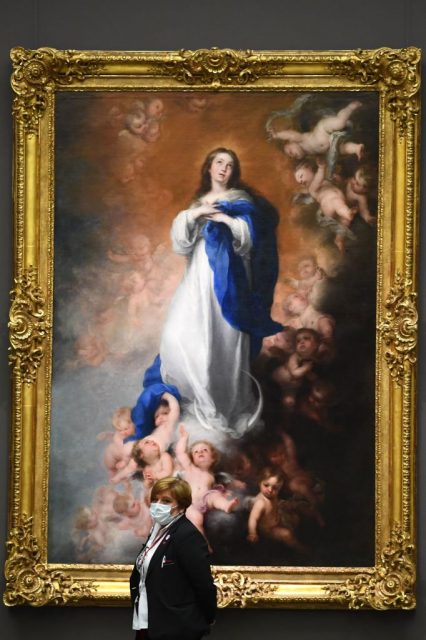 The original “The immaculate Conception of Los venerables” by Spanish painter Bartolome Murillo at the Prado Museum on June 4, 2020 in Madrid. (Photo by GABRIEL BOUYS/AFP via Getty Images)

Of course the transformation from Saviour to Simian was a mistake. “I had nothing but good intentions and always believed I was doing the right thing” Mrs Giménez told a Spanish TV crew, quoted by the Mail. “Besides, I hadn’t finished the painting!” She also claimed to have had approval from the priest to go in and work her magic.

The move opened mouths. But it also opened coffers. The Mail writes “since the makeover, the restoration has attracted 150,000 tourists from all over the world, with people paying 80p (1 euro) to view the ‘masterpiece’.” A Beast Jesus-oriented Arts Center opened a few years later. And to cap it all off, Mrs Giménez got some artistic work off the back of her endeavors!

So the outlook isn’t all bad. Nevertheless, experts passionately believe these pieces must be protected. Europa Press quotes María Borja, VP of ACRE – the Spanish Association of Custodians and Restoration Professionals: “It is important to have professionals, because the pieces have to be studied individually, they are Unique pieces, with a historical, cultural and emotional value”

Is it all over for ‘The Immaculate Conception of Los Venerables’? Apparently an expert has been hired to try and reverse the damage done. Hopefully the end product will restore some much-needed former glory.