In the 1970s divers discovered the remains of the Swedish ship, the Gribshunden but didn’t alert authorities until 2000 when they informed the Kalmar Museum and since 2001, it has been studied by scientists.

An official excavation done in 2019 discovered that the ship’s food pantry had a wooden barrel with the remains of an Atlantic sturgeon, a group of fish that were highly valued in Europe at the time and are now considered critically endangered by the International Union for Conservation of Nature’s Red List of Threatened Species. 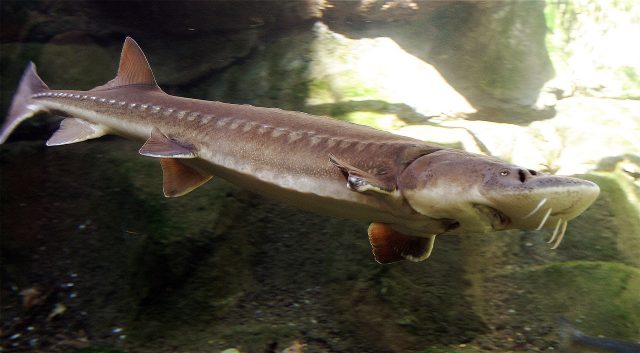 A sturgeon – the ‘caviar’ fish.

According to thelocal.se, the Gribshunden sank in 1495 after catching fire in the Baltic Sea off the coast of Ronneby, Sweden which, at the time, belonged to Denmark.

It sits under thirty three feet of water north of Stora Ekön island. It was the flagship of King Hans of Denmark and a most imposing warship sporting a masthead of a chimera (a fire breathing monster with a lion’s head, a goat’s body, and a serpent’s tail) devouring a human head in its mouth.

In the summer of 1495, the king set sail from Denmark to Sweden with the intention of joining Sweden, Denmark and Finland together in the Nordic Union under his rule. 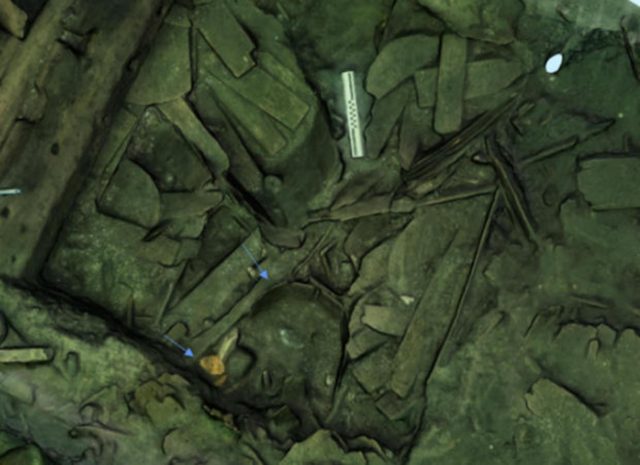 The King was not on board when it caught fire, but his reputation was seriously damaged when the ship sunk and many of the crew and passengers were killed along with the destruction of expensive goods and exotic animals on board.

According to thelocal.se, Dr. Brendan Foley of Lund University who led the excavations stated that the shipwreck is in remarkable condition due to the conditions of the Baltic Sea with low salinity and oxygen and a fine clay seafloor which helps to preserve organic materials such as wood.

The remains of the sturgeon found in the panty showed the bones of a complete six and one half foot fish that had been cut up for food.

Some researchers believe that it may have been part of an elaborate dinner intended to entertain and impress the Scandinavian rulers or just to show off as a status symbol. Others believe it may have been caught by chance by the ship’s sailors and preserved in brine for the King. 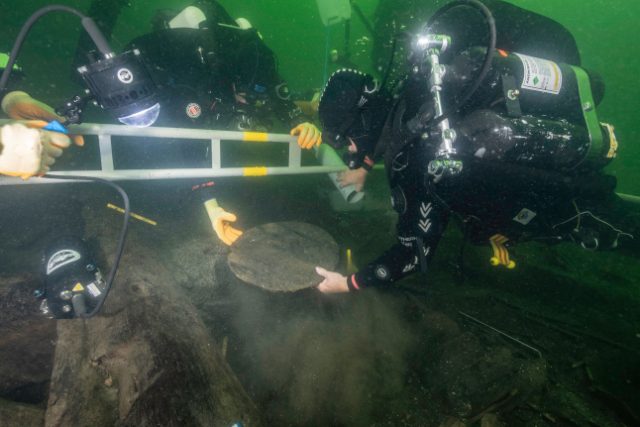 The research paper of the team found on sciencedirect.com tells us that most of the bones are the scutes which are bony plates along the sides and top of the body along with about thirty skull fragments and shows the presence of only one fish.

Along with the bones of an amphibian which may have been the sturgeon’s last meal. Archeological remains of sturgeon have been found from as far back as the Viking Age (550 to about 1050 AD) but are relatively rare.

Sturgeon fish have been around for over two hundred million years. They are slow to mature but are quite long lived. They are born in freshwater but migrate to marine waters as adults to feed on invertebrates and small fish near coastlines.

When they are ready to reproduce, they make their way back to freshwater. Since the latter half of the twentieth century they were considered extinct from the Baltic Sea.

This was because of river damming, overfishing, pollution, change of temperature in the sea and destruction of their natural habitats. Zoologists are presently trying to reintroduce the fish to the Baltic.

Sturgeons are prized for their meat and eggs which are called caviar. Many are found along the eastern coast of the United States from Canada to Florida and migrate back to rivers moving into the Gulf of Maine.

Another Article From Us: Shipwreck: Old rags turned out to be a very historic find

They are bottom feeders and have no teeth but use barbels, similar to the whiskers of a catfish, to find food. Most of the ship has yet to be excavated and hopefully will deliver more exciting finds in the future.