Egypt is famous for many things, but perhaps it is globally best known for, and treasured as, the home of the great pyramids, tombs of ancient kings and many artifacts and antiquities from thousands of years ago.

Millions of tourists flock to Egypt every year to take in these sites, all of which are awe inspiring, beautiful and historically important.

For those who work as archaeologists, Egypt is a precious stop in career development; being allowed to work at one of the many digs occurring in the country is a professional highlight, one that experts strive for but not all are lucky enough to attain. 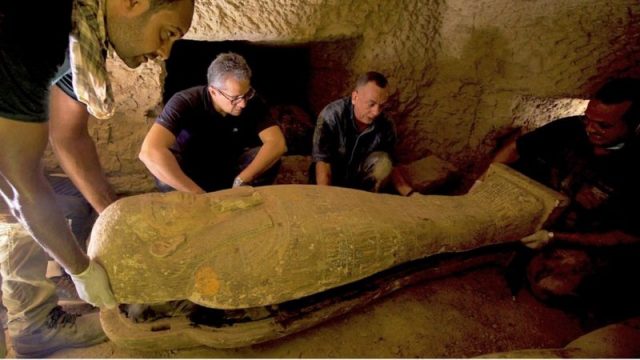 Saqqara, south of Cairo, is home to the first pyramid ever built, and recently archaeologists ere thrilled by the discovery of 27 more sarcophagi, or coffins, laying deep within two burial shafts. Initially 13 were found, but persistence and dedication rewarded the experts with a trove of 14 more.

All the coffins are wooden, with delicately painted hieroglyphs in vivid colours. The find comes on the heels of a nearly seven million (USD) restoration project done at Djoser’s Step Pyramid, which was reopened to the public last March.

The site is one of Egypt’s most popular tourist destinations, and is a UNESCO World Heritage Site. The necropolis at which the 27 coffins were found is part of the vast, 3,500 year old burial site.

In a statement recently released by the Ministry of Tourism and Antiquities, the Egyptian government said, “Initial studies indicate that these coffins are completely closed, and haven’t been opened since they were buried” approximately 2,500 years ago.

Experts say this recent find is the biggest one of its kind, adding significantly to its importance and the value of the Saqqara excavation.

The site is home to some of the most extraordinary finds in modern archaeology. In 2018, the Supreme Council of Antiquities announced a tomb had been found at Saqqara in “near perfect” condition, according to a press release. 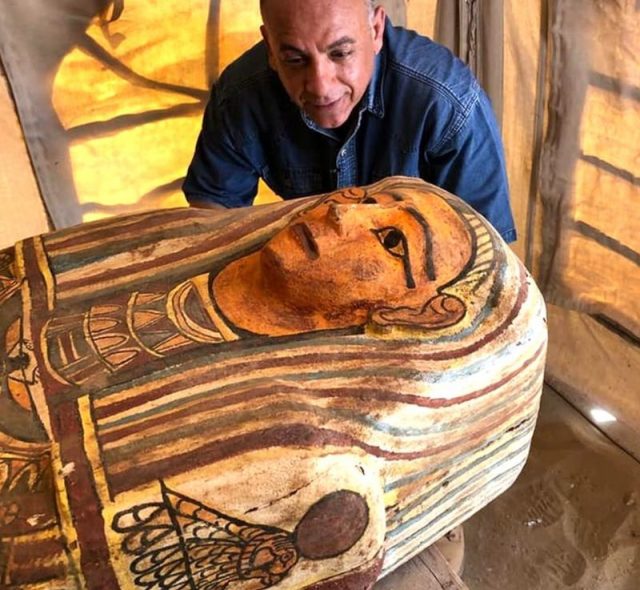 It dates back 4,400 years, and was unmarred by time or vandalism, a chronic problem at some digs. The colours used to paint hieroglyphs are still vibrant, and the statues of pharaohs in the tomb are undamaged.

As soon as officials allowed visitors to tour the tomb, it became a hugely popular stop for all – school children, amateur historians, and just about everyone with even a passing interest in Egypt’s ancient culture.

October is the month when tourism begins booming in Egypt, and visitors from countries around the world traditionally line up to see and visit the pyramids and exhibitions of ancient tombs and other antiquities.

In fact, tourism is a vital part of the economy in Egypt, and while travel restrictions were revamped in July to encourage people to come, the coronavirus has caused many to adopt a ‘wait and see’ approach to travel.

This is hampering economic recovery not just in Egypt, of course, but in other countries that are heavily dependant on tourism dollars to keep their economies thriving. 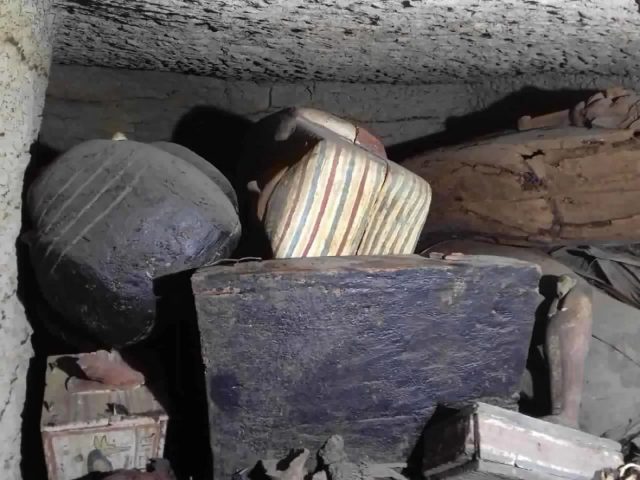 And as a second wave of the virus begins engulfing large swaths of the world, some countries have once again adopted strict measures to limit the spread among citizens.

While Egypt lifted most restrictions on incoming visitors July 1st, all must present documentation proving that they’ve received a negative test for coronavirus within the previous 96 hours of arriving.

Anyone hoping to visit Saqqara – or any of the other amazing sites in Egypt – should check their home country’s government website regarding air travel, as well as Egypt’s.

Another Article From Us: Incredible Find: Perfectly Preserved Ship Discovered By Divers

One day, eventually, the coronavirus will be in the world’s rear view mirror. When that longed-for day finally arrives, travelling to Egypt to see these sarcophagi, and every other site from ancient times, is something many tourists will be anxious to do.

« Louisa May Alcott: ‘Little Women’ Was Partly-Inspired by a Radical Vegetarian Commune
Good News: Countries Agree On Limited Access To the Titanic! »