Something to Shout About! 5 Famous Battle Cries and their Meanings

One of the most well-known battle cries belongs to the Japanese army. Kamikaze pilots, and other souls wanting to die for the glory of the Empire, would shout “Tenno Heika Banzai!” Strange thing is, the word wasn’t always staple of wartime.

“Tenno Heika Banzai!” generally translates as “long live the Emperor”. “Banzai” on its own has a different meaning – “ten thousand years”. It’s an expression of longevity, rather than ending one’s existence prematurely. The Japan Powered website states it traveled to Japan from China, and their word “wansui”. 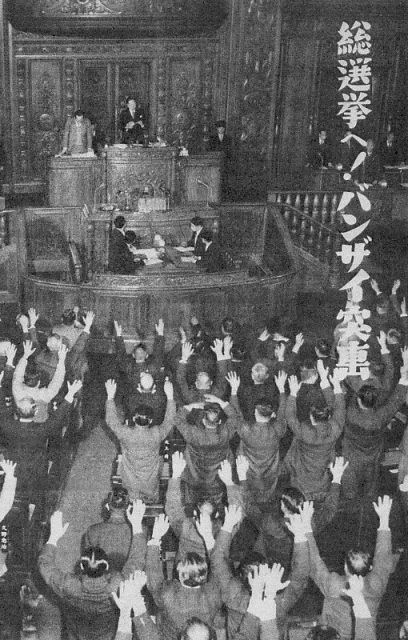 “Long Live His Majesty the Emperor”

First heard in the late 19th century, Banzai is “considered an interjection and related to unused English interjections like hurrah and yippee.” Context is crucial, though over time the link to battle and bloodshed became fixed in people’s minds…

To Ancient Rome, and the sudden strike of the Barritus. It seemed to come out of the blue, but was in fact part of a legion’s battle strategy. 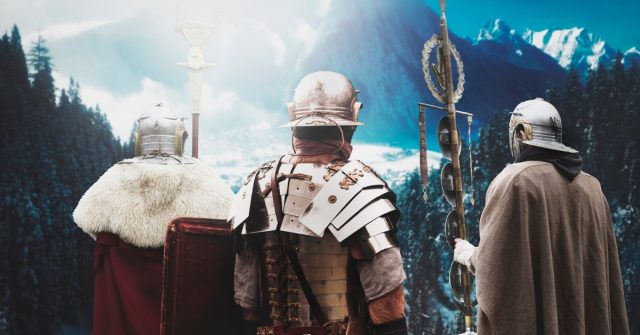 The Romans would face more problems from the Germans

How did it work? Build up was everything. Soldiers marched, though their sandals didn’t thud on the ground. The idea was to be as quiet as mice, before roaring like lions! Men began a chorus of sound and thunder, starting low and ending high for maximum impact. An extra layer was added by their shields, which amplified the deadly din.

“Barritus” has its roots in the tribes of Germania, Rome’s opposition. Defeated warriors wound up absorbed into the ranks, yet their voices were far from muffled.

The exact sound has been lost in the mists of time. Comparisons were made to an elephant’s stomp, or other raucous natural rackets. Roman historian Tacitus is also on hand to fill in the blanks.

The Art of Manliness website writes, “According to Tacitus, the goal of the barritus was to kindle courage in the Roman soldiers’ hearts, while striking fear into those of their enemies”…

Attorney, politician and American Founding Father Patrick Henry used the famous expression “Give me liberty or give me death!” in the midst of the American Revolution. 1775 was the date and the city of Richmond, Virginia the location.

He addressed the Second Virginia Convention in the hope of organizing armed resistance to the British crown. “Henry’s words were not transcribed,” writes the Colonial Williamsburg website, “but no one who heard them forgot their eloquence”.

Those 7 words made a lasting impression on the conflict. A militia was then established, so the area could fight for its rights. Henry took the role of Virginia’s first Governor the following year.

“Liberty or Death” was so successful it made its way to the American Civil War, almost a century or so after the Revolution ran its course…

Part of the Rebel Yell’s power derives from its mystery. There doesn’t appear to be a definitive version. However, it managed to instil fear no matter who was bellowing their lungs out.

History.com mentions recordings, made after the war, of “a shrill yelp that resembled the call of a coyote, though it may have varied from unit to unit.”

What about the Yell’s origins? The Daily Mail writes, “experts believe that it was influenced by Native Americans war cries or Scottish war cry traditions.” A treasure trove of tonsil-bruising evidence can be found at the Smithsonian Institute. They have examples of the cry on film, as made by veterans in the first half of the 20th century…

For Texans, not to mention many others, the Alamo and what happened there is burned into their consciousness. The infamous 1836 siege centred on a religious structure in San Antonio. Fighting raged between approx 200 Texans and Mexican forces led by Gen Santa Anna. 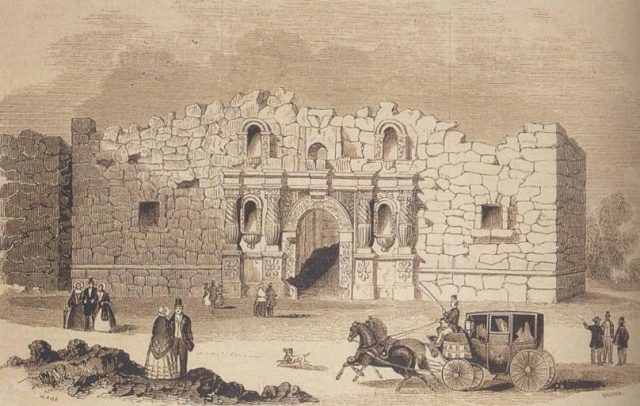 This is a drawing of the Alamo Mission in San Antonio. It was first printed in 1854

Why were they at war? Back then Texas was part of Mexico. A plan to welcome new folks to the state, thus strengthening control of the territory, went wrong. Referencing William Loren Katz’s book ‘The Black West’, the African American Registry notes how authorities watched with alarm the “rapidly rising rate of white immigration”.

Most newcomers wouldn’t convert to Catholicism, or embrace citizenship – requirements insisted upon by the Mexicans. Slavery wasn’t allowed either, not that it stopped people using the trade. And so the Registry states, “the Mexican government started slapping on restrictions, which were ignored.”

Events escalated and turned ugly. The Alamo was brutal for Col William B. Travis, Davy Crockett, James Bowie and everyone else who fought over that brief yet bloody period. The vast majority perished. However out of that carnage, for better or worse, came resilience. Gen Sam Houston and company began shouting “Remember the Alamo!” to keep pulses quickening.

Smithsonian Magazine writes, “the actual confrontation remains a symbol of the courage of ordinary men placed in extraordinary circumstances”. They add the Alamo is also “emblematic of America’s territorial ambitions”.

An0ther Article From Us: Found 1,500 Year Old Tomb of a Germanic Lord With a Circle of Six Women

It needed more than a battle cry alone but Gen Santa Anna was soon defeated and Texas broke away, eventually joining the United States…

« Mysteries: 20 Lost Classic Cars & Their Last Known Locations
Tutankhamun Dagger Was Made From a Meteorite »