Found 1,500 Year Old Tomb of a Germanic Lord With a Circle of Six Women

When construction workers in Saxony-Anhalt, near Brücken-Hackpfüffel in Germany were clearing the land for a new chicken farm they uncovered a Germanic cemetery from about 480BC to 530AD with a burial mound containing the bodies of a royal court from fifteen hundred years ago.

The grave in the central tomb was arranged with a ring of six women radiating out from a central four foot by four foot bronze cauldron as though they were rays coming out from the sun. 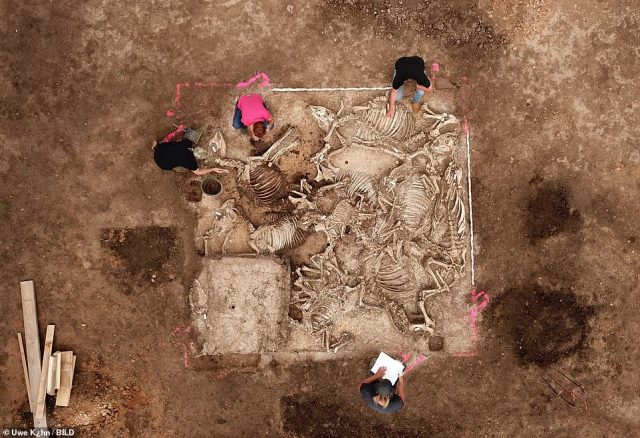 It is not yet clear if they volunteered for the ritual or were sacrificed or who they were, perhaps wives or concubines. Also found were eleven skeletons of cattle, dogs and horses which were buried as the mound was built.

The archeologists at the site, Susanne Friederich from the Landesmuseum Halle and Arnold Muhl have yet to find the remains of the royal prince but are hoping there are cremated remains in the cauldron which was boxed up with the block of soil on which it rested and taken to the workshop of the Landesmuseum für Vorgeschichte, the museum of pre-history for the state of Saxony-Anhalt, to be examined. 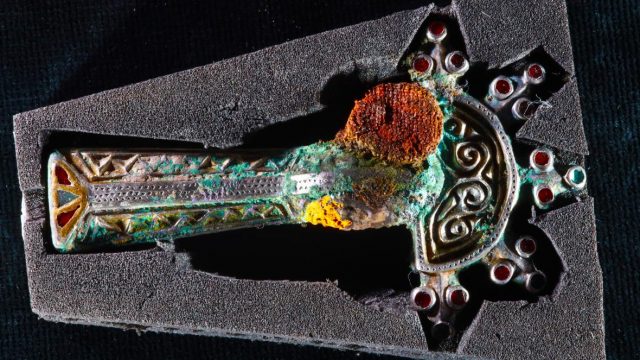 The cemetery was well hidden in a natural hollow and over the years has filled with four feet of sediment protecting it from being disturbed and looted.

Of the sixty graves found so far, a wealth of artifacts has been discovered, literally. Some of the items recovered are an iron sword and shield boss, the rounded center of a shield also called an umbro.

A completely intact glass bowl with a whorl design in pristine condition and a perfectly preserved glass spindle whorl which display the recognized manufacturing technique of Gallo-Roman workshops on the Rhine. 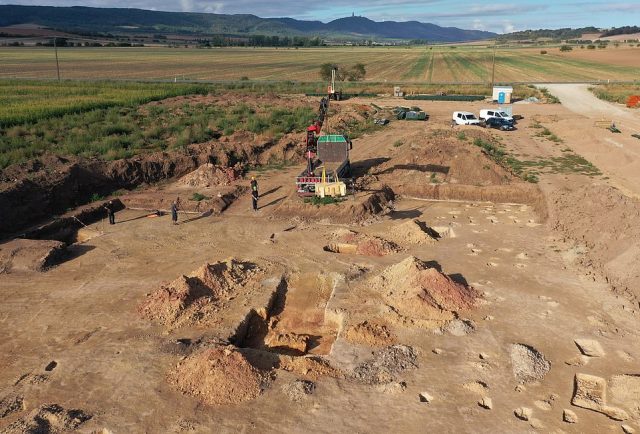 Two fibulae, a clip to fasten a garment, show a highly artistic design merging two colors of metal and another more elaborate fibulae with a scrap of fabric still attached did not fare as well because of the corrosion of the metal from the fabric deteriorating on the front of the clasp.

The fabric, however, will give scientists more information about the origin of its wearer. They believe the owner of the grave may have been from either the Germanic Longobards, Alemanni or Thuringian tribes.

A tiny statue of a Germanic god in a sitting position just the right size to sit on one’s thumb was discovered as well as a gold coin with the image of the Roman Emperor Zeno who reigned from 474 until 491AD near the time of the fall of the Roman Empire. 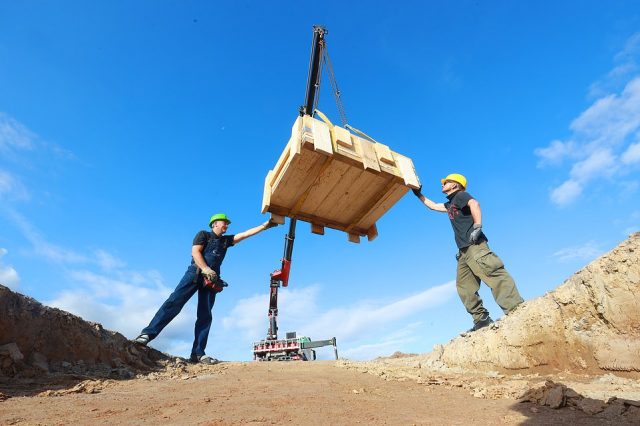 According to britannica.com., the cemetery was built during the time of the Great Migration in Europe from about 300 to 700AD in which invasions by German and Slavic tribes of the Bulgars, Alans, Goths, Huns, Vandals and Franks, just to name a few, were changing the face of Western Europe, previously Roman territories and more.

Tribes were invading each other’s lands. The Visigoths came to Rome for protection and ended up conquering the city in less than fifty years. 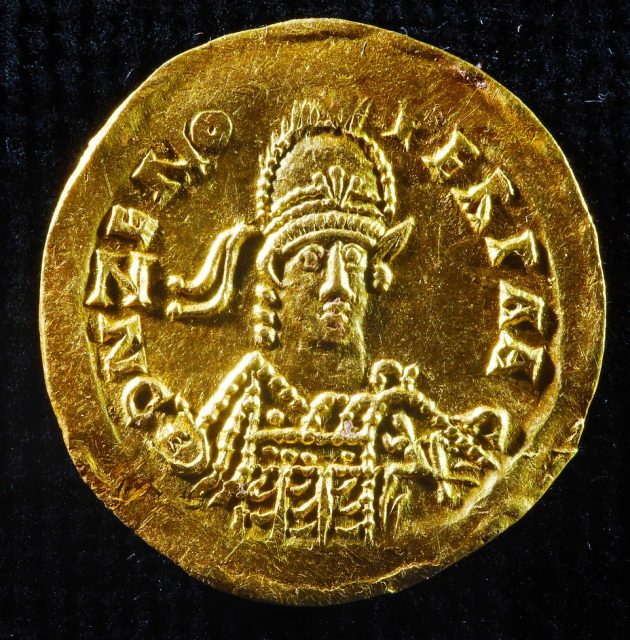 The Ostrogoths took over much of Italy and the Franks came into Gaul, now France and part of Germany, peacefully over a period of time but were able to resist challenges of power from the Allemanni, Burgundians and the Visigoths who eventually settled in Aquitaine in what is now the southwest region of France at the border of Spain.

There are still ongoing excavations at the site which archeologists will not reveal to keep it safe from looters. Most of the articles are taken to the laboratory to be examined and restored.

Archeologists hope to learn more about the Great Migration by examining these grave sites and hopefully many more artifacts will be found.