Many classic comedies are associated with Peter Sellers. ‘Ghost in the Noonday Sun’ is not one of them. Produced in 1973, it was a nightmare to make and a trial to watch. That’s when audiences finally got to see the film over a decade later. Even so, it remains a fascinating and funny chapter of the consummate performer’s life.

A pirate movie starring Peter Sellers sounded good on paper. ‘Ghost in the Noonday Sun’ was based on a 1965 novel by Sid Fleischman. The star played the role of Dick Scratcher, an Irishman and supposed cook aboard a 17th century galleon. 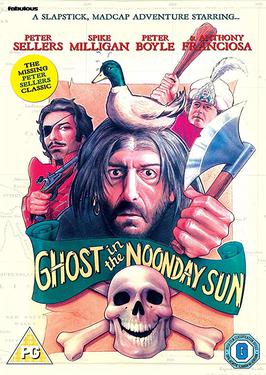 Peter Boyle (‘Young Frankenstein’) was part of the supporting cast, together with Sellers’ friend and fellow comedy colossus Spike Milligan (who co-wrote the screenplay).

Director Peter Medak had an impressive track record, with well-received black comedies ‘The Ruling Class’ and ‘A Day in the Death of Joe Egg’ (both 1972). The production should have been plain sailing. But the lead actor’s unpredictable behavior and events worthy of a sea dog’s curse made the experience a disaster for all concerned.

“One minute he loved the film and he loved you,” said Medak of Sellers in 2018, quoted by The Guardian, “and the next minute he hated the movie and you”. The voyage began in friendly enough fashion, with a chance encounter between the pair in London.

They first met through Michael Caine and liked each other. Medak had just walked the plank on ‘Death Wish’ – he wanted Henry Fonda in the lead, the studio didn’t so he bailed. Working with a comedy legend abroad seemed idyllic by comparison. Shooting got underway in Cyprus with a $2 million budget, in spectacular fashion.

Trouble was, it was the wrong kind of spectacular. A boat accident became an ominous sign of things to come. In his Director’s Statement for documentary ‘The Ghost of Peter Sellers’, Medak recounts how he and Sellers watched as their full-blown pirate ship came into Kyrenia harbor and promptly smashed against the Quayside. The captain appeared to have had one too many rums. Director and star were “horror stricken”. 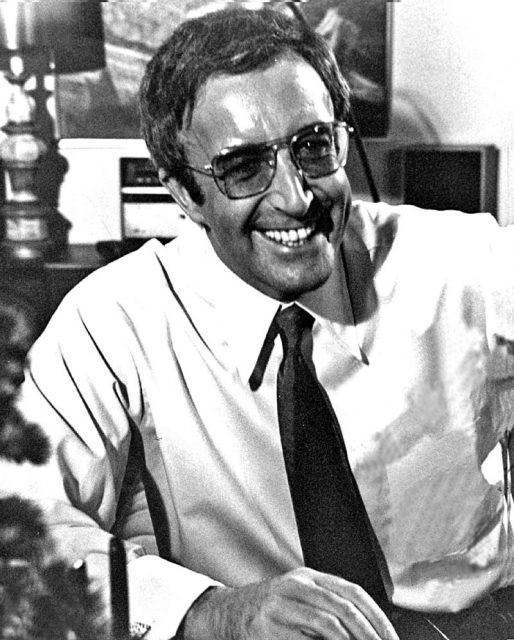 The vessel was seaworthy but its engines were unreliable and repeatedly broke down. Medak and company nearly drifted off over the horizon never to be seen again. Filming on the water is a challenge at the best of times. Cyprus’s volatile political climate added further tension.

Sellers was notable by his absence. A relationship with Liza Minnelli ended and his spirits were reportedly low. Enthusiasm waned when he realized the movie wasn’t coming together. Milligan took on script duties in an attempt to get things on track.

His input was on the eccentric side. “Spike was also divinely insane” Medak told The Herald in 2019. “He wanted to kill characters who had already been killed 10 pages before.”

Having brought Medak aboard, Sellers proved himself a prickly crewmate. Mutiny beckoned. He argued with co-star Tony Franciosa – who at one point went to “kill” him with a sword – and took it upon himself to dismiss key personnel.

Then there was the heart attack. Sellers suffered with his heart, and the stress of ‘Ghost in the Noonday Sun’ appeared to take a deadly toll when he suddenly collapsed.

The film shut down and Medak wished him a speedy recovery. He may have changed his mind after checking out the news. Princess Margaret had been snapped in San Lorenzo with a special guest… Peter Sellers. He’d apparently given them the slip to have dinner with the notorious Royal.

Another bizarre incident centred on a cigarette advert. Sellers wanted Medak to direct a quick promo for Benson and Hedges in the middle of production. However, according to Chortle he “suddenly refused to touch the product, realising that he was the President of the Anti-Smoking League.”

Sellers and Milligan were subjected to a specially-written song played by the crew about the awful shoot. Both were restrained as part of a scene, the very last to be filmed. It’s not clear whether they saw the funny side of this musical revenge.

The pirate ship was, appropriately enough, captured once cameras stopped rolling. On the ‘Ghost of Peter Sellers’ website Medak reveals a “local supplier of our production boats claimed their right to salvage the Pirate ship and ended up owning it.”

A screening of the ‘Ghost in the Noonday Sun’ convinced everyone they’d veered way off course creatively. Columbia Pictures didn’t want to show the picture. Sellers attempted to buy the end product so it could be fixed, but the asking price was too high.

The forgotten film was released on home video in the 1980s. It would be decades before the swashbuckling romp saw audiences again on DVD.

Medak had major issues with Sellers but to this day appreciates his talent and recognizes the star’s fragile psychological state. Peter Sellers passed away a few years later. His final movie, ‘The Fiendish Plot of Dr Fu Manchu’ (1980) was a similarly blighted production, winding up poorly-received.

He may not have always hit the mark, yet people still crack up at the very sight of this much-loved comedy genius…

« $3.2 MILLION London Heist, Rare Books Found Under a Floor in Romania
Vintage Appliances That Cost the Earth to Run »