‘Fairytale of New York’ is having its Grimm’er elements edited. The new move by BBC Radio will see Radio 1 play a cleaner version, with alternative lyrics sung by Kirsty MacColl. She performed alongside Shane MacGowan and The Pogues when the original was released in 1987.

The uplifting yet downbeat classic took an abusive (and melodic) argument between an alcoholic and a drug addict into the festive charts.

Not that there’s been a blanket ban. Radio 2 is continuing the foul-mouthed tradition. Sky News reports that “Radio 6 Music will have both incarnations in its library so that presenters and/or producers can choose between them with discretion.”

This isn’t the first time the enduring song has faced censorship. Back in 2007 Radio 1 aired the reworked ‘Fairytale’ but changed tack after a listener backlash. Reporting late last year, NME mentioned a BBC DJ who dismissed the song and wouldn’t put it on air.

The corporation point out the Pogues hit is “considered a Christmas classic”, adding “we will continue to play it”. TV sitcom ‘Gavin and Stacey’ – a BBC production – featured a singalong of the offending offering in 2019. Despite some complaints, the show weathered the storm.

Radio 1 thinks the long-standing lyrics are “not in line with what they (young people) would expect to hear on air”, according to BBC News. The audience will now hear MacColl singing “You’re cheap and you’re haggard” instead of “You cheap lousy f****t.” 2 lines have been altered. MacColl passed away in 2000 and recorded the additions in 1992. 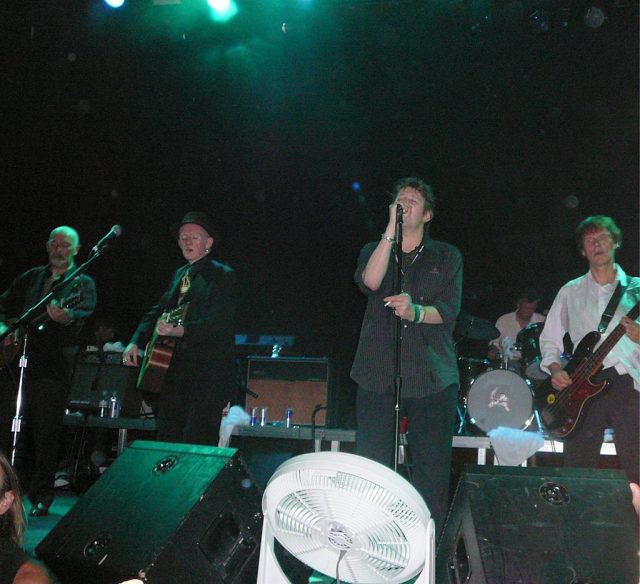 Speaking on ‘The Late Late Show’ last year, MacGowan insisted the choice language was all about the characters in the song, rather than a matter of causing offence. Of MacColl’s role he said: “She is not supposed to be a nice person or even a wholesome person.”

Commentators such as journalist and activist Owen Jones are fine with leaving things as they are. However, he says via Tweet that: “most gay people would note the relish some straight people have in having permission to emphatically yell ‘f****t’ for a few weeks each year!” He also notes controversy over the song is kind of a yearly tradition in itself. 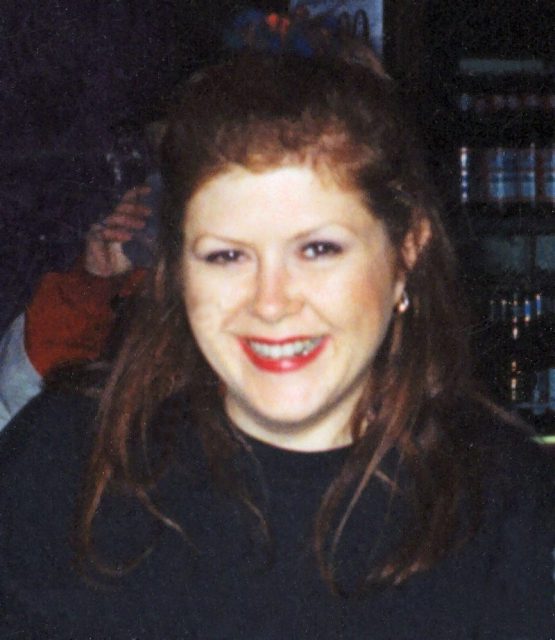 ‘Fairytale of New York’ – Kirsty MacColl at the Double Door in Chicago, March 1995

Voices questioning the move include Stephen Bush at the New Statesman, who believes regulator Ofcom already has measures in place to address these situations. For Bush, the company’s ‘strongest words’ list means there’s “no reason to give greater latitude, or to announce a specific policy on this homophobic slur”.

For others, it represents a nannying form of censorship. Actor, singer and aspiring politician Laurence Fox tweeted: “The cultural commissars at the @bbc are telling you what is and isn’t appropriate for your ignorant little ears.”

The Pogues themselves weren’t impressed with this view, putting it mildly. “F*** off you little herrenvolk sh***” they fired back. “Herrenvolk” is a system of government favored by the Nazis.

Written by Jem Finer (Jeremy Max Finer) and MacGowan, ‘Fairytale of New York’ reached number 1 in the Irish Singles Chart and no.2 in the UK Singles countdown. It hit the Top 10 in countries around the world.

According to MacGowan, the idea arose via Elvis Costello, who was producing The Pogues’ material. He bet them they couldn’t write a Christmas song. A turbulent 2 years later and a legend was born. Its title was inspired by the 1973 novel ‘A Fairy Tale of New York’ by J.P. Donleavy.

If listeners can’t get the earworm they like on air, they can easily download it for their festive fix. The BBC haven’t axed the original entirely. Should they take that step, it’s safe to say there’ll be tears over the turkey all over again…

« Raise the Titanic? No, but You can Dive Down There for $125,000!
Ireland’s Most Haunted House…The Devil is Said to Have Stayed There »