Imagining the climate of the Antarctica region usually prompts visions of dog sleds, parkas, and explorers like Ernest Shackleton struggling to access the area, only to be beaten back by snow, ice and freezing temperatures.

The weather he encountered then, in the early part of the 20th century, is the weather we imagine even today – not a place to go without the warmest clothing available on the market stowed firmly with our gear.

But now, scientists, paleontologists and other experts of ancient eras say that Antarctica was not always thus, that once upon a very long time ago, its landscape bore a greater resemblance to rainforests than the inside of a refrigerator, and had temperatures that were downright balmy.

This week on the Nature cover: Polar opposite. Evidence for a temperate rainforest near the South Pole 90 million years ago. Browse the issue here: https://t.co/vNBvWAHRvH pic.twitter.com/M9s6T1LTkF

It’s difficult to imagine, certainly, but about 90 million years ago, sediment samples indicate, Antarctica had the landscape best described as temperate. There was lush vegetation teeming with organisms – hardly the vision most of us have when we conjure up the views there.

A team of international experts, including geologists and paleontologists, worked together to drill into the ice to uncover what remains of past periods far down below the ice. They worked on the ice breaker vessel RV Polarstern, on the Amundsen Sea not far from Pine Island Glacier.

It was one sample in particular, because of its unique coloring, that prompted them to do a CT scan to see what secrets it held. It showed what is known as “root fossils,” the remains of vegetation that were incredibly well preserved.

One of the team members, Tina van de Flierdt of the Imperial College in London, described this evidence as “remarkable,” and added that it showed an unanticipated world of “swampy, temperate rainforests” grew close to the South Pole. 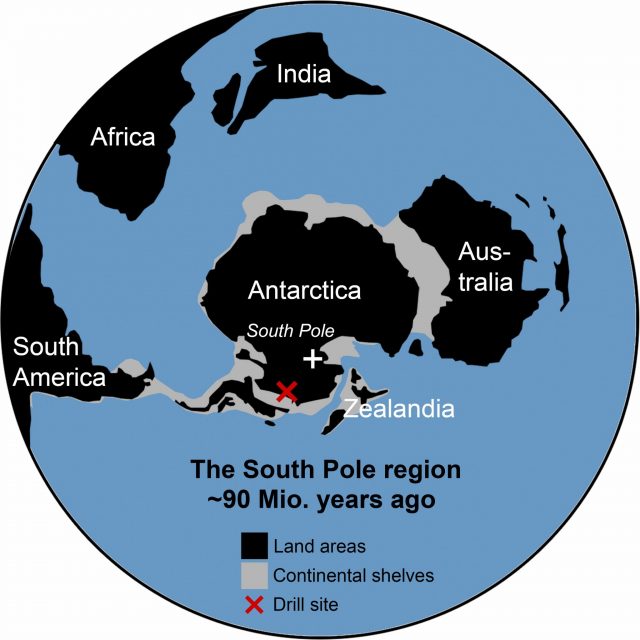 Simplified overview map of the southern polar region at the time of the deposition about 90 million years ago. (Photo: JP Klages, Alfred Wegener Institute)

Another team member suggested that New Zealand’s South Island is likely most comparable to the landscape that once existed under the ice, so many millions of years ago.

They found evidence of conifers and other trees, ferns and even flowering plants, although they didn’t find fossils of any animals. Still, they believe that some dinosaurs roamed there, along with flying reptiles and a variety of insects. 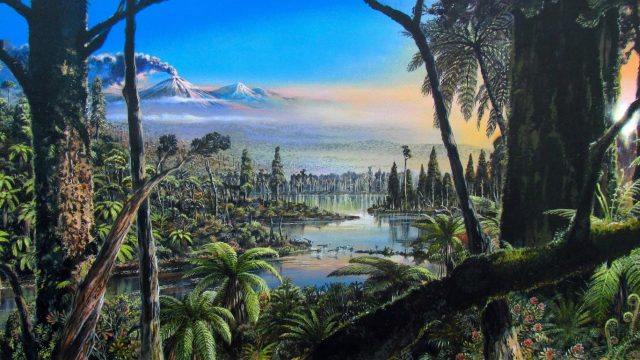 Artist’s impression of how west Antarctica may have looked 70 million years ago during the cretaceous period. Credit: Alfred-Wegener-Institute/J McKay

Team members said the region likely got as warm as 77 degrees (F) in summertime, and did not plunge to the extreme cold temperatures in winter that we today associate with Antarctica.

One marine geologist on the team suggested that the average annual temperature would have been between 53 and 55 degrees (F). That’s a lot different than modern Antarctica, which gets temperatures as low as minus 40 during its harshest periods. 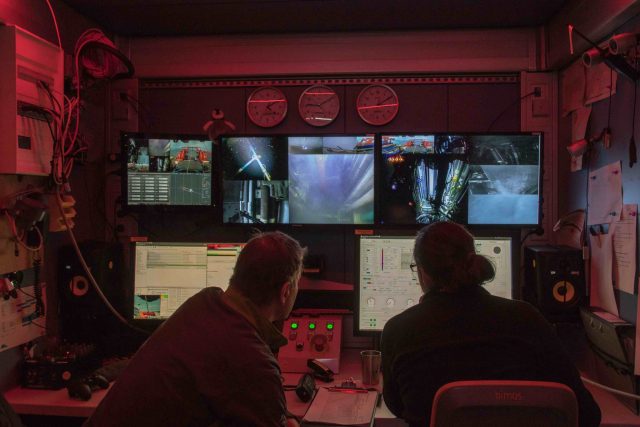 MeBo pilots Thorsten Klein (left) and Siefke Fröhlich from MARUM in the control container of the MARUM MeBo70 on deck of RV Polarstern during a drilling. (Photo: T. Ronge, Alfred Wegener Institute)

Furthermore, it endures a period of four months during which there is no sunlight, called Polar Night, guaranteeing that no plant life today could possibly live, let alone thrive. The team has published their findings in the online science journal, Nature.

These exciting revelations about Antarctica are yet more reason why geology and other related
sciences can teach us so much about our planet – what it once looked like, and just as importantly how different regions flourished, and perished.

The Earth continues to evolve and change, never remaining static for any length of time. We worry that the planet changes solely because of global warming, but clearly that’s too simple an assertion.

The Earth was once home to dinosaurs and rainforests in the most unlikely places, but climate patterns changed and mutated because of factors other than mankind.

It offers a little solace in these times, when we blame modernization for everything and tend to forget that Mother Nature imposes plenty of changes on the planet too, all on her own.

« Marie Antoinette’s Silk Shoe Sold for $51,000 in Versailles
Ghost Hunters Capture ‘spirit’ of merchant’s Wife who Hanged Herself in 1844 »