Woman Spent Three Years Trying to Prove She is Not Dead: ‘It’s stressful’!

A woman declared dead in 2017 is actually very much alive. The only trouble is, she couldn’t convince authorities of it! The extraordinary situation befell Jeanne Pouchain from the Loire Region in France.

Amazingly, there isn’t even a death certificate. So what gives? The answer lies in a dramatic yet unverified development, plus immovable bureaucracy. Through this, Pouchain became the victim of a bizarre legal decision.

As posted by ITV News, Pouchain and her lawyer Sylvain Cormier believe “snowballing judicial errors” led to the ruling.

How did it happen? The saga is baffling. It began however with a former employee. This individual left Pouchain’s cleaning firm in apparently unhappy circumstances a couple of decades ago. The resulting battle for worker compensation rumbled on and on. 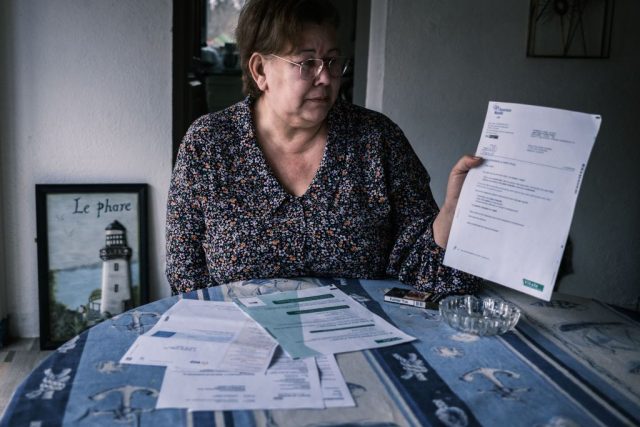 At first, Pouchain lost. Then she appealed. Back and forth the case went, until finally it was heard by the Court of Cassation. While it was hoped this would be the end of the matter they put the brakes on proceedings – the court believed the case “outside its domain,” according to The Huffington Post.

Next stop, the Appeals Court of Lyon. “The legal imbroglio is all the stranger,” HuffPost wrote, “because, Pouchain contended, neither she nor her relatives received a summons for the hearing.”

It was here, in November 2017, that Pouchain was declared deceased. The matter of her supposed death came up in court, affirmed by the employee. HuffPost notes the news went through without any facts being checked. The judges then ruled in favor of the complainant.

Pouchain led a surreal and stressful existence ever since. With her husband and son liable for a $16,000 + payout, things have gone from bad to worse. Unwilling to settle the debt, they’ve lost her car.

She’s frozen out of her bank account and at the time of writing was staying indoors at home in the village of St Joseph. “I don’t do anything,” she said, quoted by Yahoo News. “I sit on the veranda and write.” 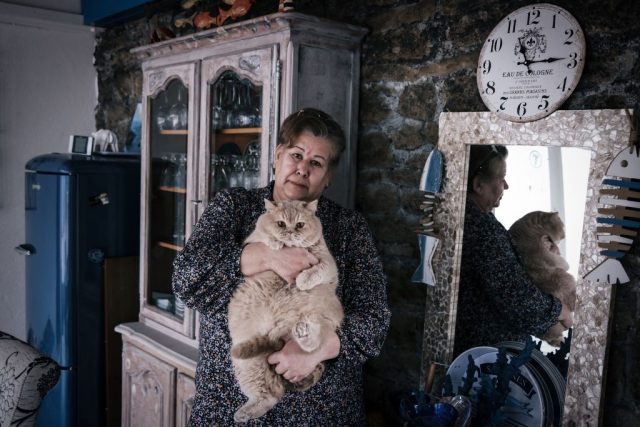 Cormier thought the scenario is “crazy.” In fact, he reportedly struggled to believe Pouchain himself! The legal eagle puts lack of progress down to authorities’ awkwardness over admitting to such a colossal mistake.

Quoted by Reuters, Pouchain explains her daily life: “I’m alive for my husband, for my son, for my loved ones, for the people around me, but for the justice system, I’m dead.”

When a person’s identity can be stricken from the record so carelessly, it makes the public wonder how widespread the problem is. Smithsonian Magazine examined the issue in 2015, drawing attention to a surprising statistic – over 12,000 people are wrongly listed as deceased in the United States on an annual basis. 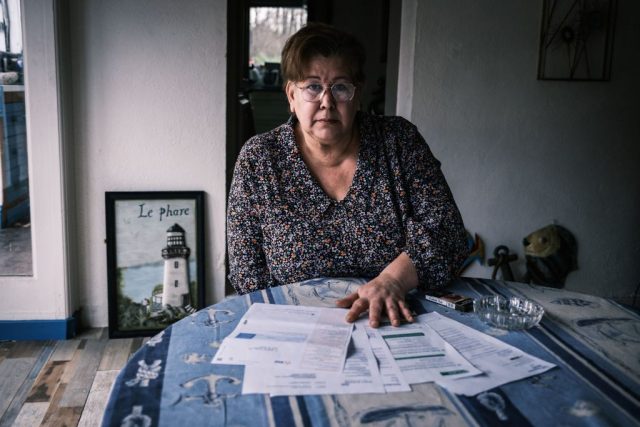 Not dead! Photo by JEAN-PHILIPPE KSIAZEK/AFP via Getty Images

The reasons behind such tragic stories can be as simple as one almighty admin error. Smithsonian writes that “a simple typo” may be to blame, “created when a clerk, perhaps at the funeral home, subs one digit in a social security number for another.”

Smithsonian refers to the Death Master File, maintained by the Social Security Administration since 1980. Many appear to wind up on this list by accident. Like Ms. Pouchain, they face a wall that blocks them from regular but important business like accessing medication or managing finances.

Another alarming consequence is identity theft. Social Security Numbers are viewable in the Master File. Smithsonian notes that the process of shutting down someone’s affairs takes weeks –  plenty of time for criminals to dive in.

More from us: Mummies with Gold Tongues Unearthed at Ancient Egyptian Cemetery

A tally of thousands is concerning, though ultimately a small fraction of the population. Even so, finding out someone can be classified dead without a certificate is enough to stop even the most vibrant souls in their tracks.

« This “Tree of Life” is an All-Natural Artwork – Check out Stunning Images
Mount Padang Has Many Secrets: What’s Beneath Its Surface Astounds Scientists »