Egypt is filled with artifacts dating back to ancient times. Recently, several mummies adorned with gold tongues were uncovered at a site that’s been excavated for decades. While the reason why is unknown, archaeologists believe it might have something to do with the dead’s ability to speak once in the afterlife.

Mummies were unearthed at an ancient cemetery in Quesna 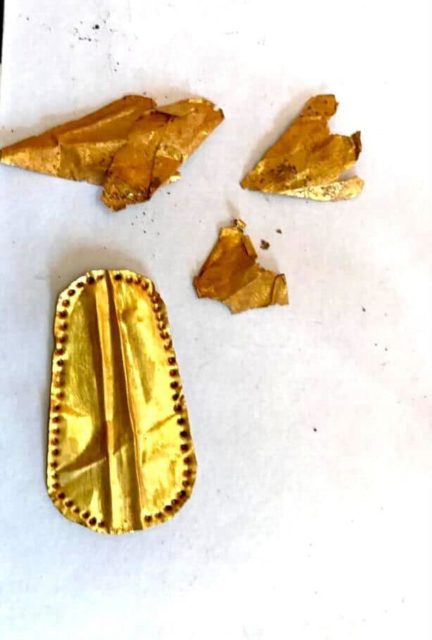 Gold plates in the shape of tongues were discovered in the mouths of the newly-discovered mummies. (Photo Credit: Egyptian Ministry of Tourism and Antiquities)

The Ancient Egyptian mummies, which are believed to date back to the Greco-Roman Period, were unearthed in Quesna, about 35 miles north of Cairo. Announcing the discovery via Facebook on November 24, 2022, the Egyptian Ministry of Tourism and Antiquities revealed the mummies, some of which were within wooden coffins, were found in an extension of the Qwaisana Archaeological Compound.

A number of goods were discovered with the mummies, including necklaces and pottery. Gold artifacts carved into the shapes of lotus flowers and scarabs were also uncovered. What’s most interesting about this recent discovery, however, is that the mummies were found with gold tongues. Some also featured a gold glaze on their bones, directly beneath their linens.

It’s believed the mummies’ actual tongues were removed during the embalming process and replaced with the metal plates, a common practice between 300 BCE and 640 CE. Speaking with Live Science, Salima Ikram, a professor of Egyptology at the American University in Cairo, said gold-leaf tongues were a “hallmark of the later Greco-Roman period funerary preparations, when golden tongues, and sometimes even ‘eyes,’ were placed on embalmed bodies.”

Other mummies have been discovered with gold tongues 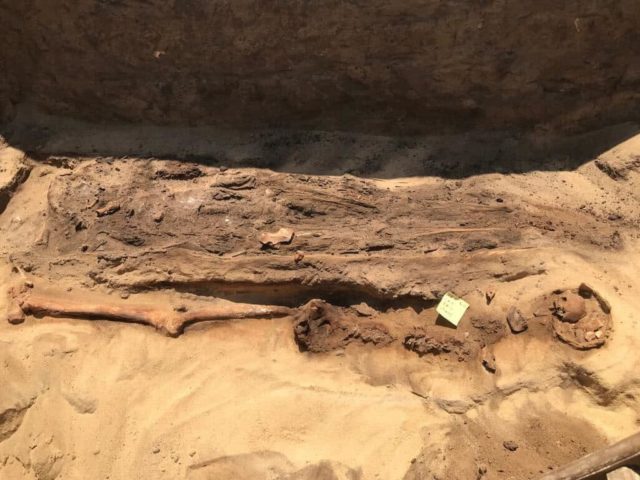 Several mummies have been found in Quesna, with the most recent being unearthed with gold tongues. (Photo Credit: Egyptian Ministry of Tourism and Antiquities)

The archaeological site in Quesna was first discovered in 1989, and is considered among the most important in the Delta. Interestingly, the recently-discovered mummies weren’t the first found with gold tongues.

In 2021, archaeologists digging at the 2,000-year-old burial site came across a skull with a tongue-shaped ornament hanging from its mouth. Toward the end of that year, archaeologists found several other mummies with the same characteristic. The discovery included a man, woman and child, all with gold-leaf tongues.

The recently-unearthed mummies were found within an extension of the original site. The Qwaisana Archaeological Compound is believed to have been used as a cemetery over the course of history. Thus far, three distinct time periods have been determined through the identification of different burial patterns. 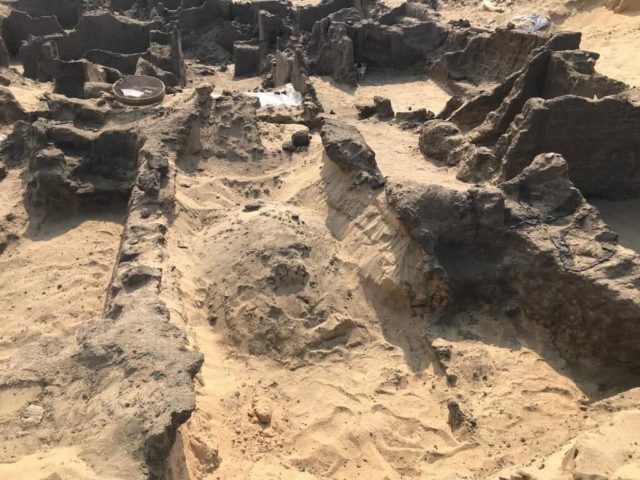 With such a unique burial custom, archaeologists have speculated as to why the ancient Egyptians placed gold tongues in the mouths of the deceased. Most believe it’s in connection to Osiris, the “Lord of Silence” who lived among the dead.

Gold was believed to be the flesh of the gods, meaning the use of gold-leaf eyes and tongues were likely “manifestations of the transformation of the deceased into divine beings.” By placing gold tongues inside the mouths of the deceased, it may have been that the ancient Egyptians thought the mummies would be able to speak to Osiris in the afterlife, without making any noise.

More from us: “Arlington Springs Man” Is The Oldest Body Ever Found in the USA

Unfortunately, the mummies found at the Qwaisana Archaeological Compound are in rather poor condition and may not be able to provide many more answers about the ancient Egyptians or their burial patterns.