The two had a history before they formally met 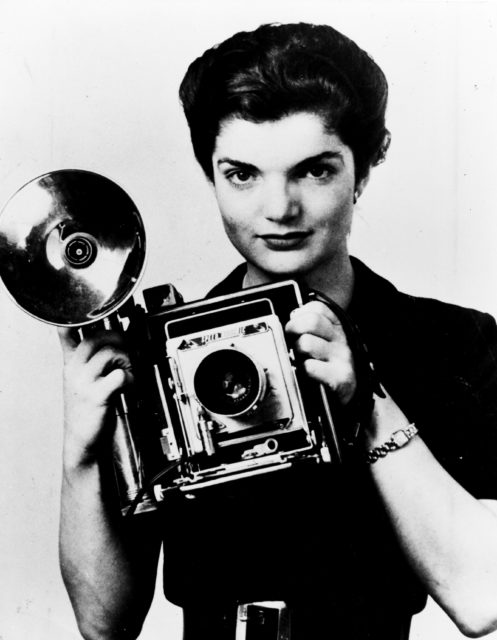 When Queen Elizabeth II invited President John F. Kennedy and First Lady Jackie Kennedy to Buckingham Palace in 1961, it wasn’t the first time the women had crossed paths. In fact, Jackie had worked at the Washington Times-Herald as the “Inquiring Camera Girl” and she covered the coronation of the queen.

Years later, the president and first lady were invited to the palace amid growing tensions growing between the two female figureheads. Specifically, there were issues with the guest list. Reader’s Digest described the tumultuous planning:

“Traditionally, divorcées are not invited, so the queen has been reluctant to welcome Jackie’s sister Princess Lee Radziwill, who is on her second marriage, or her husband, Prince Stanislaw Radziwill, who is on his third. Under pressure, she relents, but, by way of retaliation, singularly fails to invite Princess Margaret or Princess Marina, both of whose names Jackie has put forward.”

The narrative between Jackie and Queen Elizabeth wasn’t always friendly 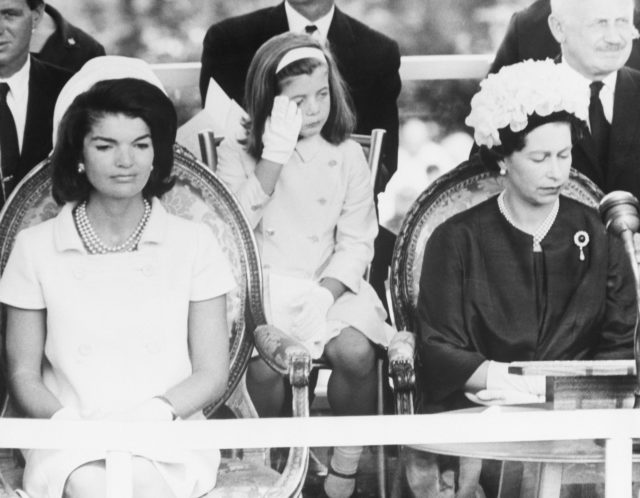 While The Crown dramatized the relationship between Jackie and the Queen, there really were tensions between the two. They both flashed smiles during the visit, but the queen was rather short with Jackie. It was later revealed that Jackie had some not-very-nice things to say about the queen following dinner.

According to British photographer Cecil Beaton, Jackie confided in him that she found the furnishings of Buckingham Palace to be unimpressive and said that the queen’s hairstyle and dress that evening were equally as lackluster. Apparently, Jackie felt that Elizabeth “resented” her. 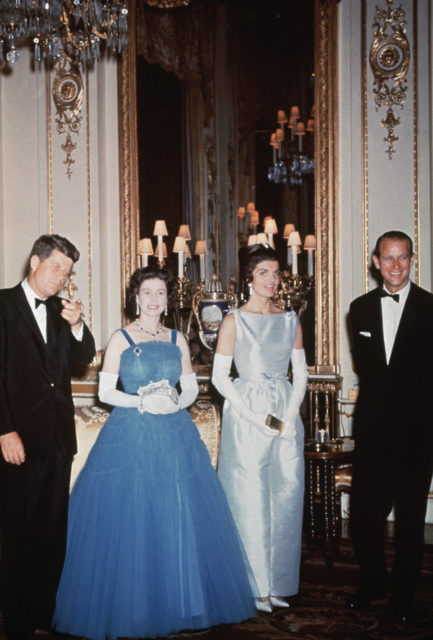 Despite the tension, the queen and first lady maintained communication throughout their relationship. Jackie later visited Queen Elizabeth by herself.

The occasion was just a lunch, but it seemed to serve as a means to smooth things over from her last trip to the palace. When Jackie left the event that afternoon, she was met by the press who questioned her about the low-profile meeting. She responded, “I don’t think I should say anything about it except how grateful I am and how charming she was.”

Clint Hill found a trunk of photos, sparking his revelation of their relationship 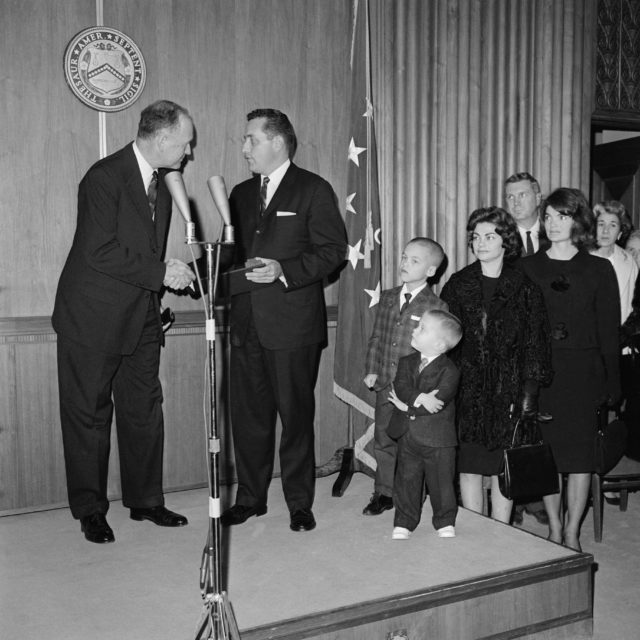 Treasury Secretary Douglas Dillon presents a citation for “exceptional bravery” to secret service agent Clinton J. Hill, after he threw his body in front of the late President Kennedy and his wife at the first sound of gunfire in Dallas. (Photo Credit: Bettmann / Getty Images)

Clint Hill, Jackie’s secret service agent between 1960 and 1964, was cleaning out his garage when he found a steamer trunk filled with photographs and documents from his time at the White House. The plethora of treasures in the chest prompted him to write a new book about his time working for Jackie.

In the book, My Travels with Mrs. Kennedy, Hill dedicated an entire chapter to the relationship between Jackie and Queen Elizabeth. Titled “Mrs. Kennedy & The Queen,” Hill described his perception of the two during Jackie’s 1962 visit for lunch.

In reality, the two got along quite well 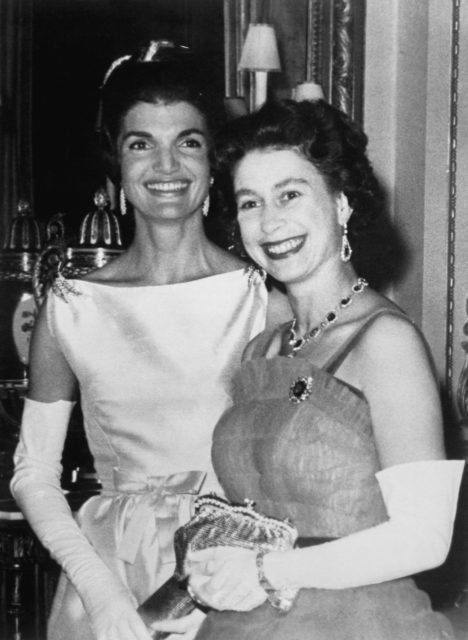 By Hill’s account, Jackie and Queen Elizabeth were actually quite amicable with one another. “They had a good relationship. I know that the press has sometimes written it otherwise, but that’s not really true. The relationship was friendly, more warm than it was cold,” Hill explained.

In the chapter, he explains that the two found plenty of common ground to bond over. “They had small children and they had horses. Two things that they could discuss forever,” Hill recalled. When the lunch was over, Jackie apparently told Hill that she thought the afternoon was “delightful.”

So, despite what The Crown might have you believe through their fictionally woven depiction of real events, Jackie and Queen Elizabeth were actually friends.