At a location in the Lal Pahari district in the Gangetic Valley, a team of experts has spent three years excavating a hilltop Buddhist monastery that has profound implications for what scholars know and understand about the development of Buddhism in eastern India.

The project is a joint effort by the Bihar Heritage Development Society and Visva Bharati University, Santiniketan, in west Bengal. The archaeological site dates back to somewhere between the 11th and 12th century C.E., the team says, and offers rare glimpses into life in a Buddhist monastery during those medieval times. 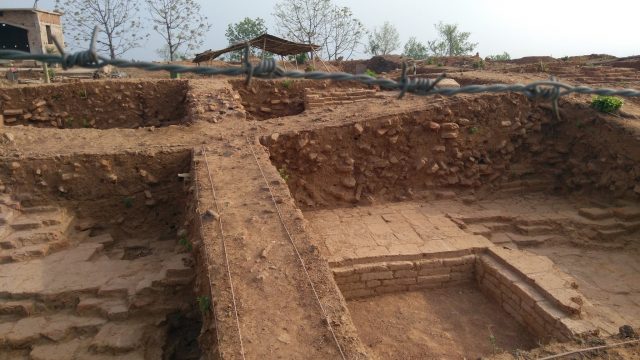 The first hilltop Buddhist monastery of the Gangetic Valley has been found at Lal Pahari in Lakhisarai district Credit: Excavation at Lal Pahari

So far, the team has uncovered 500 sculptures, and excavation director Dr. Anil Kumar told the media he hopes to see the relics examined, cleaned, documented and preserved in the coming months.

Furthermore, they’ve discovered medieval tablets etched with the likeness of the Buddha at the entryway that leads into the inner sanctum. As well as heading up the project, Kumar is also head of the ancient history and archaeology department at the university.

The seals on doorways are in Sanskrit, another indication of the age of the monastery which was, according to the team’s interpretations, co-ed, or perhaps even an all-female facility.

The woman in charge was a monk by the name of Vijayashree Bhadra. Not only is this a remarkable finding, so is the monastery’s location – on a hillside, the first of its kind in an area that has many similar sites, but none situated at a high elevation like this one.

“Monasteries have been discovered at many locations in this area,” Kumar told the media, “but this is the first setup located at the top of a hill.” The isolated spot was likely chosen so that monks could pray and meditate in peace, away from the busyness of the urban centres far below.

The region was an important trading location during the Pala Dynasty, which ruled from the 8th to the 12th century. Leaders advocated on behalf of Mahayana Buddhism, which back then allowed women to be ordained.

Historians suggests that the Buddha agreed with women becoming monks at the behest of his step mother, although today the matter is under discussion with modern Buddhist leaders, who are now weighing whether women should be allowed to be ordained in today’s modern Buddhist faith. 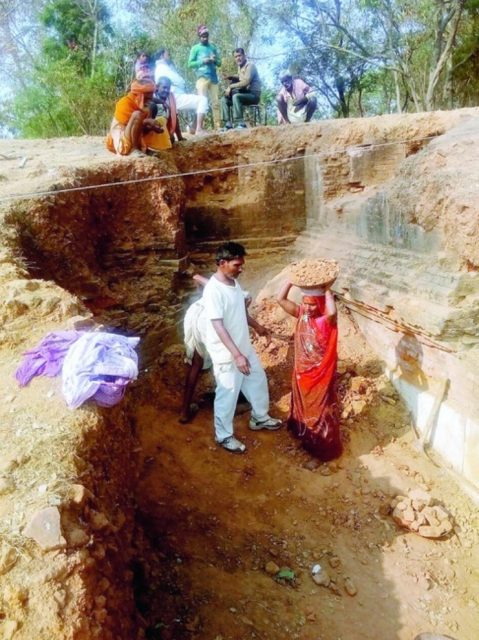 According to historical documents, it was in 1928 that women were banned from becoming monks.

The monastery – a vihara – is revealing a great deal about Buddhism in the region back in medieval times. Its name in Sanskrit translates literally as, “the council of monks of Srimaddhama vihara.” (Vihara also means ‘temple.)

The architecture, location and other features are all extraordinarily rare, Kumar confirmed.
All the structure’s cells, or rooms, where the monks resided clearly had doors, which is one indication that it was either an all female, or co-ed, building.

As it is a crucially important site, the monastery is now at the centre of efforts to preserve and conserve its buildings and any artifacts still underground. The state intends to cover it in a “shed” of sorts, to prevent harsh weather from doing further damage to the ruins.

Officials also plan to have a pathway constructed so people can visit the site, but no one will be able to access it “up close,” so to speak, to avoid plunder and desecration.

The area is hugely important not just to Mahayana Buddhism, but to the overall understanding of how the religion developed in this region of India.

For now, of course, no one can visit the site because of restrictions to limit the spread of COVID-19. But one day the site will be open to all who want to gain a better understanding of, and insight into, how Buddhism thrived in eastern India in medieval times.