The World Running Out of Sand, Could Impact Vaccine Roll Out

Like an hourglass, the planet is running out of sand… and there are possible consequences for tackling Covid-19.

A precious natural resource is being taken for granted, with experts trying to draw people’s attention before it’s too late. The Global Sand Observatory Initiative describes the situation as “one of the greatest sustainability challenges of the 21st century.”

What does sand have to do with the pandemic? As reported by the Daily Mail, dwindling supplies “could delay production” of glass vials used by the medical profession at a critical time.

According to the Mail, an extra 1 – 2 billion vials are required over the next 2 years as demand surges. 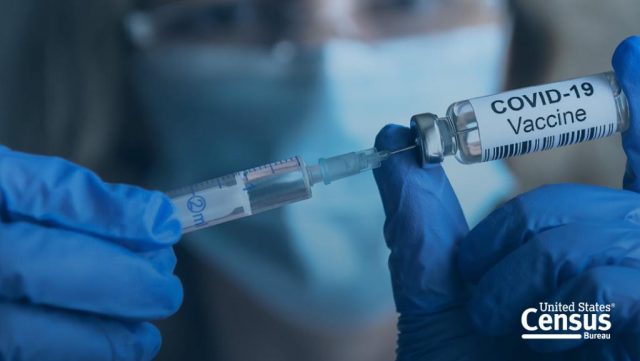 The Global Sand Observatory Initiative – a joint endeavor between UNEP (UN Environment Programme) and GRID-Geneva – states that gravel and aggregates are the “second most-exploited natural resources in the world after water.”

Why is this happening? Put simply, modern life relies heavily on these raw materials.

Awareness of the problem was highlighted in 2015. The Mail reports the worrying scenario is “fueled by growing building development and demand for smartphones and other personal tech that uses screens.”

Before Coronavirus took hold, the stats were stark. An estimated 50 billion tons of sand are used by the construction industry every year. CNBC compares this epic quantity to a planet-spanning wall, some 27 meters high and 27 wide! 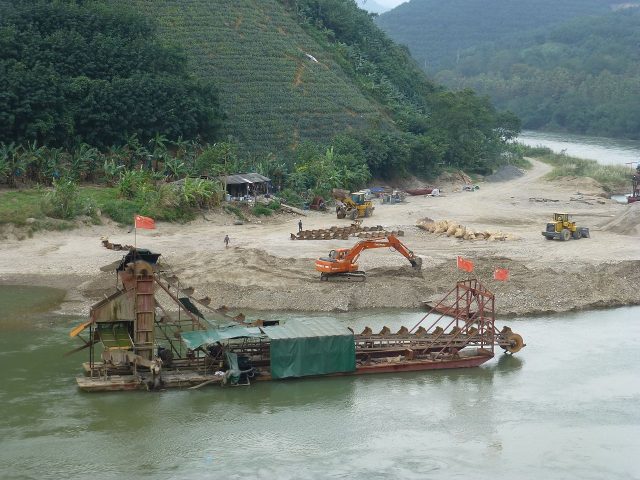 A  mining operation in the Red River. Vmenkov – CC BY-SA 3.0

Sand is created by weathering, as the elements take their toll on the tough stuff over the centuries. The desire for ready to mix sand is outstripping even Mother Nature in terms of volume.

The world has increased its sand harvesting by 3 times over the past 20 years, writes the outlet. And it can’t be just any old sand.

Deserts are visible from space, yet despite their dominance they don’t contain what’s known as angular sand. Unlike the round shape of desert grains, angular sand is able to fit together, a bit like a natural jigsaw puzzle.

A superpower such as the USA needs mines from which to extract their supply. However the numbers aren’t looking good. The Mail writes the country has less than 1,000 sand and gravel mines. As urbanization increases, it seems humankind wants its noisy, smelly industrial operations located further and further away from where the action is.

This inevitably means that other places take the strain. Rivers and similar environments in India, China and elsewhere find themselves playing host to sand hungry entities. With the sand business forming part of local economies, scaling back for the sake of the planet spells hardship for workers.

As if things weren’t precarious enough, organized crime has gotten in on the act. Protesters looking to avoid global catastrophe have found themselves quite literally in the firing line. The threat is coming from so-called “sand mafias”.

Quoted by CNBC is climate scientist Pascal Peduzzi of UNEP. He believes it’s “time to take a look and change our perception about sand”. Alternatives are certainly an option. The Mail reports that volcanic ash and even agricultural waste are potential replacements.

Materials scientist Susan Bernal (University of Leeds) spoke to The World website on the matter in 2018. She thinks there aren’t “sufficient volumes for those to be a long-term strategy to reduce completely the use of natural sand.”

CNBC writes about Louise Gallagher, who works at the Global Sand Observatory Initiative as environmental governance lead. During a webinar for Chatham House (Royal Institute of International Affairs), she outlined 5 priorities.

These are worldwide co-operation on standards for sand resource governance, affordable alternative materials, updating financial sector frameworks to recognize the impact of sand, goal-setting and listening to people on the ground. Gallagher reportedly wants these measures to be implemented over the next couple of years.

While it’s a long road, the consensus is that some first steps have been taken. Quoted by CNBC, Gallagher says the situation is “not as invisible as it used to be.”

To fully appreciate the scale of the task, the sand must be accurately measured. No mean feat, and something organizations like the Initiative are working toward. Current thinking is the figure can be calculated by studying cement production.

Can experts go against the grain and help the Earth replenish its sand supply? The story is far from a (sand) storm in a teacup…