The Burning Truth Behind the Iconic Wicker Man

The Wicker Man is a famous and frightening image… but how close to reality is it?

As with other ambiguous ancient features like Stonehenge, the wicker man is connected to tales of druids. The idea of mysterious and mystic peoples offering elaborate human sacrifices to the gods is one easily subscribed to.

Where does it come from? The origin seemingly lies with no less a figure than Julius Caesar.

The website Tastes of History refers to his Commentary on the Gallic War (58 – 49 BC), where superstition apparently rules the roost among Gauls. Those “troubled with unusually severe diseases and they who are engaged in battles and dangers” are in thrall to higher powers. 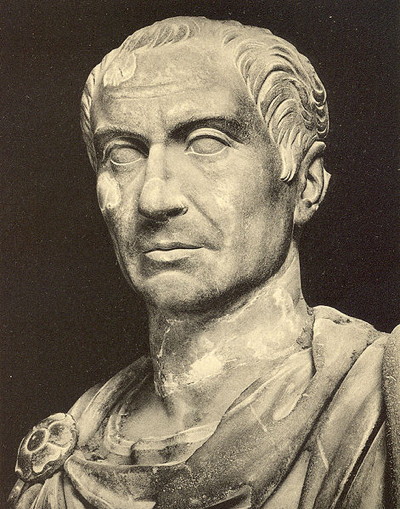 Julius Ceaser mentions the Wicker Man, but this could be biased information. Image by Oranjin6 CC BY-SA 4.0.

However when it comes to the nitty gritty, they “employ the Druids as the performers of those sacrifices”.

As noted by Wu Mingren for Ancient Origins, Caesar writes about the towering wicker man into which people were trapped and then immolated. Criminals were favored for slaughter, with law-abiding citizens in the frame should no wrongdoers be available. 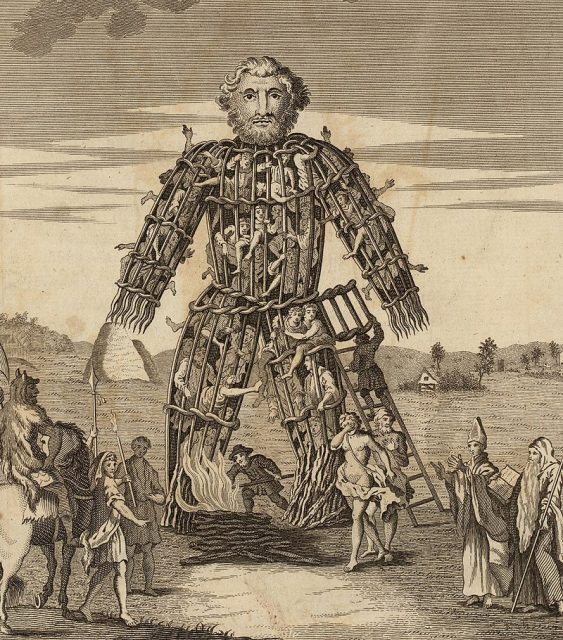 An 18th-century illustration of a wicker man. Engraving from A Tour in Wales written by Thomas Pennant.

The author also mentions Strabo’s Geography (7 BC), where a man-shaped structure of straw and wood is filled not only with people but animals. Also described are some arguably less horrible methods of death, though no less violent for that!

On a sidenote, Live Science brings in the 2,000 year old writings of one Diodorus Siculus. He identifies a group called “vates”, who carried out the grisly sacrificial tasks while druids looked on. 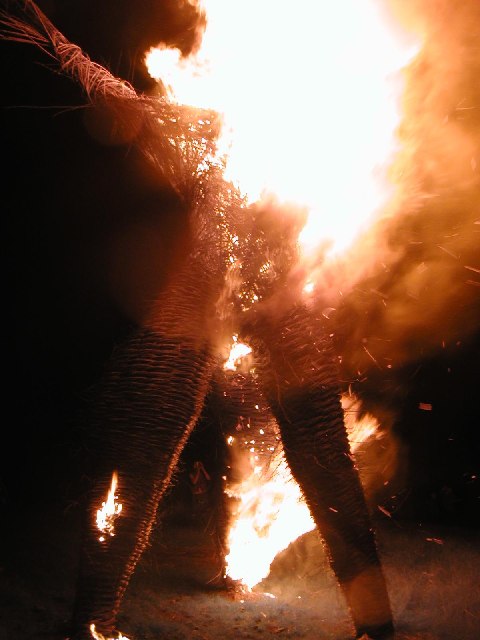 The Wicker Man burns at the Wicker Man festival on the hillside above Dundrennan, Scotland. The burning of the wicker man is the climactic event of the festival. Image by Simon Brooke CC BY-SA 2.0

An engraving of a wicker man is found in Thomas Pennant’s 18th century volume ‘A Tour in Wales’. This apparently influenced the makers of the movie, with one interesting difference. The film Wicker Man has a blank cylindrical head, whereas Pennant and co give the creation a realistic-looking face.

All very vivid, but how convincing are these sources? One thing that’s definite about the ancient druids is they didn’t talk about themselves. Or rather they did, only those thoughts weren’t put down on paper.

Hence descriptions and accounts of their activities were written by those outside the circle. And as the highest profile chronicler Caesar could be branded unreliable. In their coverage of Druidic culture, Live Science states: “much of the writing that survives comes from Roman writers who could be hostile toward the druids and the cultures they served.”

As any historian – or indeed Asterix fan – knows, the Romans and Gauls were not on the best of terms. Characterizing them as savages brewing up magic potions and throwing a few unfortunate souls on the fire makes for perfect propaganda.

Live Science reports that Caesar highlighted the British Isles as birthplace of the druids. More up to date authors, such as Barry Cunliffe, have traced the earliest references to druids back at least 2,400 years. Because of the absence of concrete information, it isn’t known how far the traditions stretch.

While the scenario of wicker men and their Celtic builders is a compelling one, it’s based on shaky foundations. Speaking of which, some have cast doubt on the feasibility of a wicker man trap in the first place.

Wu Mingren for Ancient Origins writes that, for some commentators, a wicker man is
“neither practical nor realistic”. Wouldn’t it all just collapse in a flaming, barbecue-smelling heap? 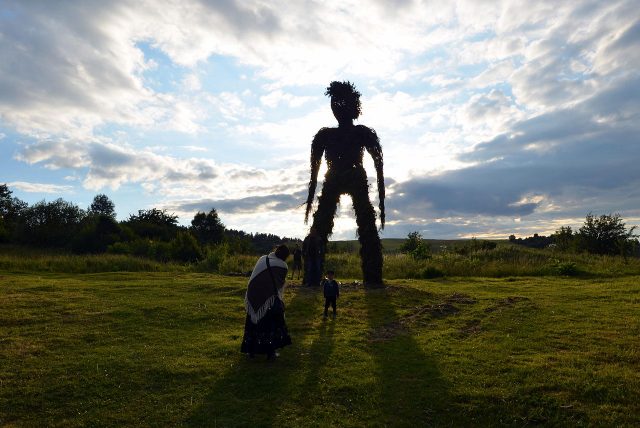 One modern day person who spent time in a purpose-built wicker man was Edward Woodward. He knew he was in for it as part of the 1973 movie’s climax. Yet, as mentioned by Mental Floss in 2016, the actor only saw the finished product in character when shooting the sequence. His shock is reportedly all too real.

Writer Anthony Shaffer – who used the novel ‘Ritual’ by David Pinner as a starting point – took a playful approach to the ancient symbolism on display. As director Robin Hardy explained to Sight & Sound in 2016, they were inspired by old Hammer Horrors. Movies where creatures of the night fell foul of Christian crosses and garlic necklaces. Or as Hardy puts it, “propaganda against the still-surviving old religion that they had replaced.”

The team borrowed “religious and quasi-religious things which informed the mythology of various nations”.

Another Article From Us: Oldest Egyptian Embalming Text Reveals How Faces of the Dead Were Treated

From noble Caesar to 20th century screenwriters, wicker men have been on hand to give historical narratives a dramatic and chilling dimension. Based on a true story? That question can’t be answered without a lot more information…