Medieval Castle and Baron Title up For Sale

Anyone who has dreamed of owning their own castle – take note. Muness Castle along with one hundred and sixty acres of land is up for auction. Bidders have until April 30th 2021 to submit their bids for the land and castle on the small island of Unst, one of the Shetland Islands northeast of Scotland.

According to futurepropertyauctions.co.uk, the business that is offering the sale, the castle was built in 1598 for Robert Stewart, 1st Earl of Orkney’s brother, Laurence Bruce of Cultmalindie, Chamberlain of Shetland. In 1593 it was given to his son, Patrick Stewart, 2nd Earl of Orkney who was accused of oppressing the people on the island and exorbitantly raising taxes. 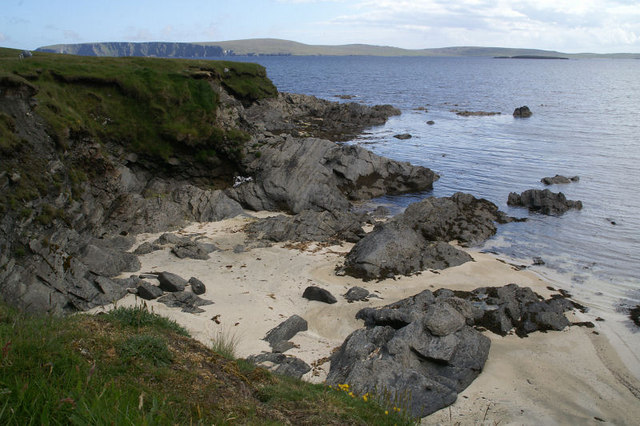 In 1713 the castle was used by the Dutch East India Company as a storage space for goods the Company salvaged from a shipwreck but was recorded as roofless and abandoned in 1775. There is a strong possibility there could be remains from other 16th century buildings which could be revealed by archaeologists and aerial views show there were decorative gardens.

Currently Muness castle is maintained by Historic Environment Scotland but it is unknown if this will continue after the auction. The guide book for the castle says it is of national importance “because of what it contributes to our understanding of late 16th to early 17th century domestic and defensive architecture. Its significance is further enhanced by the role that its builder, Laurence Bruce, played in the political history of Shetland during the time of the Stewart earls of Orkney and by the potential that its below ground remains have for shedding light on the material culture of the period. Its importance is reflected in its status as a Property in Care of the Secretary of State for Scotland.”

Copper and gold reserves were recently found on the island and the mineral rights will be shared. There are a number of abandoned cottages on the property and a few barns. The present population is about six hundred and thirty two people and the only way to access the island is by ferry.

The Shetland Space Centre Ltd. is planning to use a closed military radar station as a base for UK rocket launches and the UK Space Agency and Lockheed Martin are all on board. The area considered also includes the former Valhalla Brewery.

Muness castle, a protected Grade A property which was sacked by French pirates in 1627, is a little over a mile east from the village of Uyeasound and is rectangular in shape seventy three by twenty six feet with towers. While there is no roof, the ground floor and the first story still survive. The third story was dismantled to build a wall around the castle. 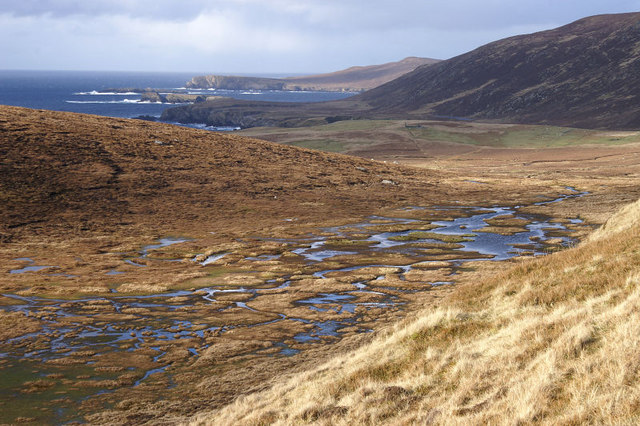 Aside from Muness castle, the views on the island are simply stunning. Image by Mike Pennington CC BY-SA 2.0.

It is said that Robert Louis Stevenson wrote Treasure Island with Unst in mind. His father and uncle were on the engineering team that designed the Muckle Flugga lighthouse on the northwest side of the island.

The island of Unst is an unspoiled wilderness full of wildlife. Whales and dolphins can be seen off the coast of the island and grey and common seals often perch on the rocks on the shoreline. Two of the favourite species on Unst are otters and puffin birds.

Another Article From Us: Roman Stately Home by the English Sea? Discovery Seems to Suggest So!

The suggested starting bid will be one hundred and eighty one thousand dollars which works out to seven hundred and fifty five dollars per acre according to thesteepletimes.com. The current owner is Gavin Farquhar of the Ecclesgreig Estate in Kincardineshire who also owns Ecclesgrieg Castle, near St Cyrus, according to heraldscotland.com